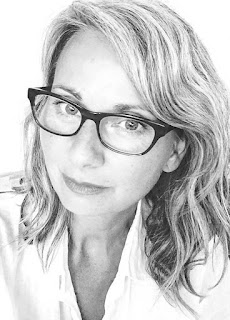 Deborah Reed is the author of the new novel The Days When Birds Come Back. Her other books include Olivay and Things We Set On Fire. She lives on the coast of Oregon.

Q: How did you come up with the idea for your new novel, and for your characters June and Jameson?

A: I found myself living alone for the first time in decades, and going through some major life changes. I had recently returned to Oregon after two years of living in Los Angeles, and I was at once isolated and comforted by the beauty of the coast. I felt a bit like the princess in a castle, surrounded by splendor and completely alone.

My new neighbor happened to mention that the house I was renting was renovated by an interesting and unusual man with whom she had become friends. I can't explain what happened next.

I can't explain where any idea comes from for a novel, because there is something magical about the spark that ignites the senses and whispers, here is a story. Go.

In some ways the novel resembles my own journey of reclaiming myself while living in this staggeringly beautiful and treacherous place. I struggle with the way the past can take hold and refuse to let go, too. While grieving my former life, I allowed to June and Jameson and Sarah Anne to grieve theirs. It was cathartic and life-changing for us all. 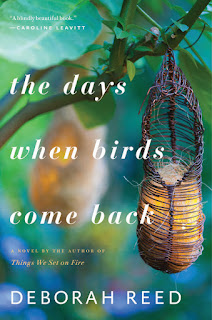 Q: The novel takes place on the Oregon coast. How important is setting to you in your writing, and could this have taken place anywhere else?

A: I strongly believe that setting is crucial to plot and character development. For me, a sense of place is not just a stage for a story. It is a force that drives how the people who live there feel about themselves, and how they feel about each other, and about their lives as a whole.

I cannot envision The Days When Birds Come Back taking place anywhere else. There is a majestic beauty to the Pacific Northwest coast, coupled with harsh seasons of storms and decay from so much rain.

Nature serves as theatre here, from roaming elk and bear to pods of whales and hungry coyotes and an endless fluttering of birds, including bald eagles, which I have seen snatch young seagulls right out of the sky to take home to their young.

It is a breathtaking and terrifying place, and this setting reflects the tragic and tender-loving lives of the three main characters, June, Jameson, and Sarah Anne.

Q: You alternate your chapters between June's and Jameson's perspectives. Did you write the chapters in the order in which they appear, or did you focus more on one character first? 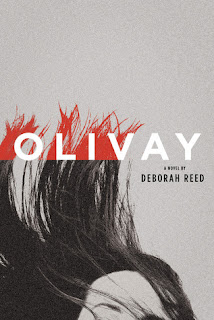 A: It began with June's story first, her return to the place where she was raised, and her attempt to dispel the ghosts that remained. I needed to mess around quite a bit to get her character right, to keep her from being self-loathing and unsympathetic.

She remained the principal throughout the book, but I did structure it from the start as it reads, switching between the two characters, building tension as June and Jameson get closer and closer to being on the same page.

I found Jameson easier to portray, his problems and solutions were more manageable for me to navigate.

A: The title is taken from the Emily Dickinson poem, "These Are the Days When Birds Come Back." It is a poem about the sudden switch of cool days to warm in late fall, a short second summer that lures the birds north again. They are fooled into believing spring has arrived, and no good can come from falling for this mistake, lovely as the days appear to be.

The idea of knowing where to go and when has always intrigued me. Humans don't seem to have this instinct in the way of birds and elk and fish, and I write about this in the novel, the way June's grandfather points out that humans are less evolved than an orb weaver spider in this regard. The orb weaver knows exactly where to make its web and when. 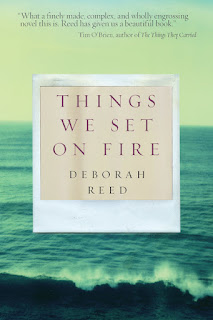 June is encouraged to pay attention, stay engaged, live as an intricate part of the world around her. She and Jameson are called home in this story, both physically and metaphorically, but whether they can recognize the calling, or hear if the timing of the call rings true, is the real question.

A: A novel so new it's difficult to talk about at this early stage. All I can tell you is that the characters range in age from their 20s to 90s, and the story opens with a whiskey still explosion that results in the death of a young girl.

This actually happened to my family in 1920. My great-grandfather and his son, my great-uncle, were running an illicit still out of the basement of their Illinois home, and it exploded, killing my uncle's young daughter.

I've been reading the newspaper accounts and it’s harrowing. Both men went to prison, and my grandmother, who was a young child at the time, was shipped off to be raised by her older sister in Georgia. Her life, and therefore my father's, was forever altered by the incident of the still.

However, other than the still explosion and death of a child, the novel is not about my family. This event was just the jumping off point, the spark that said, here is a story. Go.

A: Well, I've already confessed that I come from a line of whisky runners, so perhaps that's as good of a place as any to sign off.