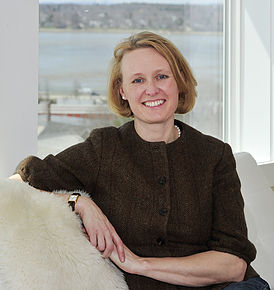 Tilar J. Mazzeo is the author of the new book Irena's Children: A True Story of Courage, also available in a young readers edition. The book focuses on the life of Irena Sendler, who rescued thousands of Jewish children during World War II. Mazzeo's other books include The Widow Cliquot and The Secret of Chanel No. 5, and her work has appeared in a variety of publications, including Food & Wine. She is the Clara C. Piper Associate Professor of English at Colby College, and she lives in Maine, New York City, and British Columbia.

Q: Why did you decide to write a biography of Irena Sendler, and how did you research her life?

I researched her life using the autobiographical materials she left behind in archives in Poland, as well as by talking to a number of the children she helped to save, their families, and the children of the other women in her network. 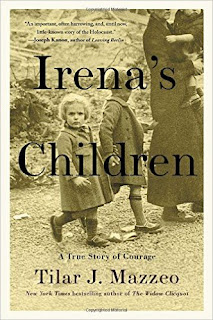 Q: You write, “In her native Poland, Irena Sendler is a heroine today, although this is a relatively recent postcommunist development.” How well known was she in the decades following World War II, and what were the factors leading to her eventually becoming viewed as a heroine?

A: Well, she was well known to the Soviet intelligence services, which was not a great thing for Irena Sendler or her family. She was in a very difficult and often dangerous situation after the war ended because much of her work after 1943 was funded by the American and British Jewish communities with the help of the Polish Home Army.

As a result, when the Soviets took control of Poland after 1945, she and those who had worked with her were largely branded Western dissidents. For this reason, Irena Sendler did not talk about her wartime experiences and neither did any of the others involved. It was simply too dangerous.

That meant that these stories didn't start coming out in any significant way until the end of the Cold War, by which time many of those involved had already passed away. 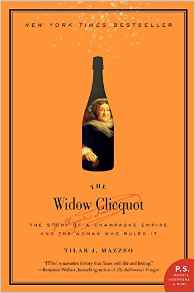 Irena Sendler and her network were, however, known in Israel and among the Jewish community. She was awarded status as Righteous Among the Nations in Israel long before the Cold War ended, in recognition of her moral courage. But the Soviets denied her the passport to go to Jerusalem to accept that award.

Q: In the book, you describe the incredible risks she took to save Jewish children during the Holocaust. What motivated her to take the actions she did?

A: I think she was simply a person with an astonishing resolute moral compass. She and her friends were largely social workers and had been committed to social justice for years in their work.
Faced with the realities of the Warsaw ghetto, they acted because they believed it was right.

They risked their lives and the lives of their own families in the process, and Irena Sendler always insisted that she was not a hero. She insisted that she did what anyone of conscience would do. But, of course, what these women did was, in fact, exceptional. 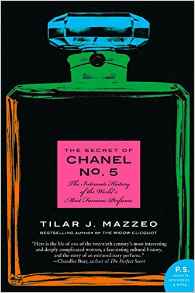 A: Since the end of the Cold War, Irena Sendler has become increasingly well known and honored. There are schools across Poland and Germany named after her, and she was decorated--despite her resistance to that label--as a hero.

But her real legacy is the story of how a group of "average" people, confronted with something they knew to be wrong, quietly worked for justice.

If you visit her grave today in Warsaw, people who hear her story light candles there, and I think the best image of her legacy for me is that fact there is always something flickering. It's the kind of quiet tribute that I think Irena Sendler would have most appreciated.

A: I'm finishing a biography of another resolute woman, Eliza Hamilton. There has never been a full-length biography of her, and most people don't realize that, after Alexander Hamilton's death in the duel with Aaron Burr, Eliza Hamilton lived decades longer and went on to co-found the first orphanage in New York City. That orphanage still exists today.