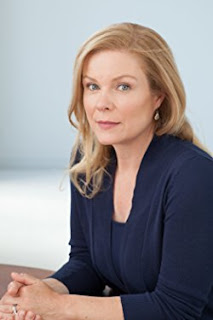 Jennifer Ryan is the author of the new novel The Chilbury Ladies' Choir. She has worked as a nonfiction book editor. Originally from the U.K., she now lives in the Washington, D.C., area.

Q: You write that some of the inspiration for the book came from your grandmother's stories about World War II. How much was drawn from her experiences and how much from your own imagination?

A: I like to think of historical fiction as the coming together of all the different threads of experience, from the tales told by my grandmother to the hundreds of books I read about the Second World War, all condensed into a general understanding in my mind in which I could let my imagination run free.

Some of the plot lines in the novel came directly from my grandmother, such as the choir and the parties, and others came from some of the old ladies I interviewed, such as the Women's Voluntary Service, the baby swap, and how everyone kept morale up with jokes and singing.

The memoirs and journals provided a lot of the atmosphere, of how it would have been like to live in a war situation, as well as the consensus about the status of women, sexuality, the upper classes, and homosexuality.

When I began to create Chilbury, I wanted to write a story that could have really happened, and it was important to me that all of the stories came from similar situations that I'd come across in people's stories or in my research.

After that it was a case of creating the characters and piecing all the different threads together. 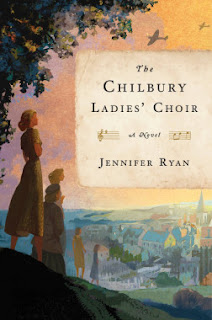 Q: Did you need to do a great deal of research to recreate England in 1940?

A: I must have read over a hundred books, mostly memoirs and journals, and did copious research on the Internet, where the BBC has a cache of personal stories.

When I grew up in the 1970s, the war didn't feel so very long ago, and people talked about it a lot, which gave me a very good basis for the period.

There were still remnants of the war, such as concrete air raid shelters in the parks, and knocked-down buildings, especially in London. Food rationing didn't end until 1954, and everyone was still a bit OCD about using teabags twice and food wastage of any kind.

All of these things informed my research and my writing, and helped me conjure up the time.

A: No, I didn't know how it was going to end. I think the best way to write a novel is to create a situation with some really good characters and just let them go and see where it takes you.

I had a few central moments that I thought might happen, but otherwise it happened very organically. I must confess that by the end I was rather surprised that it all tied up so nicely.

There were a few changes after the first draft, one of the largest being an additional character: Miss Paltry.

After reading the first draft, I felt the need for a different kind of energy in the book, and remembered a short story I'd written a few years before, which basically followed the same plot line. I think that was one of the decisions that really made the book work.

A: I have started a new book, which is also set in the Second World War but isn’t that all that similar to The Chilbury Ladies’ Choir.

It is, however, about women again, as I love to see how much they evolved through the war, being given new freedoms and interesting jobs, having more control over their lives, and of course facing the horrific realities of war. They have such spirit and energy, not to mention their wonderful voices.

Many people want to know if there’ll be a sequel to The Chilbury Ladies’ Choir, and I would love to write one, so maybe in the future.

A: I'd like to leave you with a quote from the book, a coming-of-age moment for one of the central characters, facing the war and the different conundrums that it presents.

"And I realized that this is what it’s like to be an adult, learning to pick from a lot of bad choices and do the best you can with that dreadful compromise. Learning to smile, to put your best foot forward, when the world around you seems to have collapsed in its entirety, become a place of isolation, a sepia photograph of its former illusion."