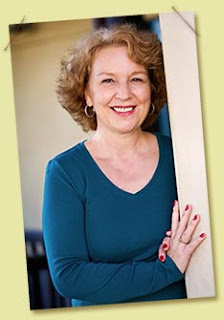 Marilyn Hilton is the author of the new middle-grade novel Full Cicada Moon. Her other books for young people include the novel Found Things. She has worked as a technical writer and editor, and she is based in California.
Q: In the acknowledgments in Full Cicada Moon, you write, “I wrote [main character] Mimi’s story in wonder and terror and awe, not knowing if I could or should write it.” Why did you decide to write it, and why did you question whether you could or should write it?
A: I wanted to write a story about a girl whose mother was Japanese and whose father was African American, like my husband—a story that our children and children like them could see themselves starring in.
But, being of English and Scots descent, at first I felt that I wasn’t the right person to write this book. I had family stories, memories of growing up in the 1960s and ‘70s in New England, the experience of studying in Kyoto the year after graduating from college with a Japanese major, and a love for history and research.
Then the story didn’t give up on wanting to be told. Soon I was possessed by Mimi, the 12-year-old protagonist, and her family, the town they lived in, and the people they met there. So I began writing Full Cicada Moon despite my fears, approaching the story as thoughtfully and respectfully as possible, and I loved every moment of it. 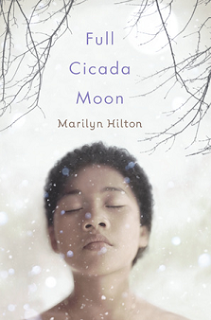 Q: Why did you choose 1969 as the year in which to set the story?
A: From the start, I wanted to isolate Mimi in place and time so that it was highly likely no one in her new town would have met anyone like her before. And because the 1960s was such a turbulent decade in U.S. history, and because Mimi was a strong, determined character who would effect change in her sphere, it felt right to place her at the end of that decade.
Also, because she dreamed of being an astronaut, there was no better year than 1969, when the first humans walked on the moon.
Mimi deals not only with racism but also with sexism. She’s a girl who’s interested in science, doesn’t understand why she’s limited to learning how to cook and sew, and is fascinated by astronomy and space travel.
I asked my daughters recently if they knew of any career they could not do because they are female, and they looked at me like I was from another planet. But Mimi lived when girls were still being guided into traditionally female careers, if not homemaking.
Today these important careers are options among many that women can choose from, but in 1969 they were practically a woman’s only acceptable options. Because of people like Mimi, who fought for gender equality many years ago, my daughters (and my son) aren’t limited by their gender when choosing a career today. 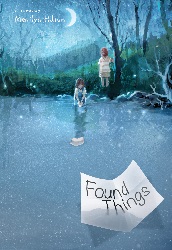 Q: The book is written in free verse poetry. What impact do you think your decision to write in poetry has on the young people who read the book?
A: That the book is written in free verse poetry partly reflects the velocity at which the story came to me. I had written a lot of poetry in graduate school and beyond, so because I was writing this story quickly, the words flowed naturally in the free verse form. I was open to writing it in prose, but by about a quarter of the way through the first draft I decided to keep it in free verse. The intimacy of that form allowed me to tell Mimi’s story deeply from her perspective.
Readers, young and older alike, may be put off by reading a book written in poetry. But I hope they’ll try anyway, because they may realize it’s a great way to absorb a story. I also hope they will try writing their own story in poetry.
Q: How did you pick the book’s title, and what does it signify for you?
A: I always work for a long time to find a title that will summarize the book’s theme or offer a clue to its content.
For Full Cicada Moon, I wanted to bring together Mimi’s love of astronomy and space travel, the names of each month’s full moon, the passing of time and the seasons, and Mimi herself—her quest to discover who she is, that she was named after the song of the cicada, that a periodical cicada emerges in its fullness after several years’ gestation underground, and that Mimi’s thirteenth is the year she comes into her fullness. So, after filling several pages with title ideas, Full Cicada Moon felt perfect to me.
Q: What are you working on now?
A: I’m working on another middle-grade novel and a novel for women. And I’ve been writing more poetry. There are never enough hours in the day!
Q: Anything else we should know?
A: I was very pleased to learn that Full Cicada Moon received the Asian/Pacific American Literature Award in the children’s literature category for 2016, and to know that readers have connected with the character of Mimi.
--Interview with Deborah Kalb