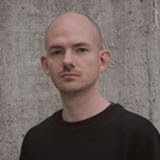 Tom Wilkinson is the author of Bricks & Mortals: Ten Great Buildings and the People They Made. He is the history editor of the Architectural Review, and he lives in London.

Q: You write, “Everywhere, people are in architecture, and architecture is in us—an integral part of our societies, our lives, our minds.” How did you select the 10 buildings you ended up writing about in Bricks & Mortals?

A: It was quite a complex jigsaw puzzle. First of all, in order to create a sort of global history using a limited number of objects, I had to find buildings from as many different times and places as possible – so I needed an ancient building, a medieval building, a North American building, an African building, and so on.

Then I wanted each building to inspire a discussion on a distinct theme, so I tried to avoid choosing more than one of each type – there’s only one religious building, for instance: the mosque in Timbuktu, which I used to discuss the theme of "architecture and memory" (actually I cheated in this case – the Tower of Babel is another religious building, although I used it to talk about a different theme, "architecture and power").

Finally, and most importantly, each building had to have an interesting story. 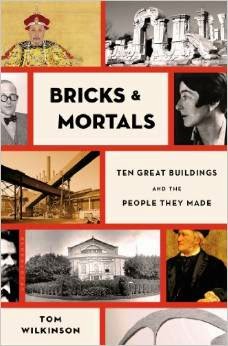 Q: One of the buildings you focus on is Nero’s Domus Aurea in Rome, buried and later rediscovered around 1480. What has fascinated people about the building, and how are the issues it raises still relevant today?

A: The Golden House thrilled the fifteenth-century Romans who rediscovered it because it gave them first-hand access to ancient art and architecture.

They'd never seen ancient paintings before and they found them really troubling; what were all these tendrils and beasts doing coming out of columns? Why didn't these "grotesques," as they called them, represent things that could be found in nature? Some thought this was an immoral abuse of art’s true purpose, but other, such as Raphael, took these new-old ideas and ran with them.

Then, when people figured out that these underground caverns had actually been the palace of the emperor Nero, they took on a whole new resonance, since this monstrous figure was reviled for his excesses – he allegedly slept with and then murdered his own mother, for example.

Finally, to modern archaeologists, the pioneering concrete construction techniques employed in the Golden House offer a context in which to examine the question of how technological advances change the way we build. Of course, the questions of how technology influences design, and of the morality of architecture and of its more grandiose patrons, are just as urgent today as ever.

Q: In the book, you discuss the “difficulties” that appear “when the rights of old buildings conflict with those of living people.” What do you see as the right balance?

A: It's really a balancing act that depends on the circumstances pertaining to each individual case: for instance, in the case of the mud brick houses of Djenné, I think the people who live there could quite easily be provided with proper flooring and modern conveniences without destroying the outward appearance of the buildings.

But when it comes to MoMA knocking down the American Folk Art museum in its irrepressible and irrational quest for Lebensraum – well, that’s a different question.

Q: How did you research your book, and was there anything that particularly surprised you in the course of your research?

A: A lot of my research took place in libraries in London, but I also got out into the field, visiting the River Rouge plant in Detroit, for instance. The city really astounded me - I'd love to go back and explore further.

A: I'm currently devoted to working on my PhD, which I'm doing at University College London. It's about Germany in the 1920s and '30s - hence the German examples that keep cropping up in the book.