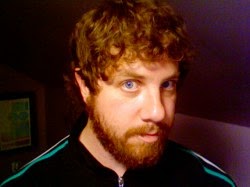 Mathew Klickstein is the author of Slimed!: An Oral History of Nickelodeon's Golden Age. He has written for a variety of online and print publications, and is the author of several other books, including a forthcoming book about nerd culture.

Q: Why did you decide to write an oral history about Nickelodeon’s “golden age,” and how did you define that period?

A: I wrote an oral history about Nickelodeon's "Golden Age" because no one else had told the story in full before, certainly not with all of those who made it happen involved. It seemed time to finally let THEIR story be known, along with all of the ups/downs, warts-and-all anecdotes of the birth of the First Kids' Network.

An oral history seemed most effective because of its accessibility (easy to read) and its permission of multiple angles on various stories, even when those angles contradicted one another.

The Golden Age is defined by the years Gerry Laybourne was president of the network. We're speaking around 1983 to 1995, or thereabouts.

The first few years of Nick (1979-1983), the channel was more or less a loss leader for the Movie Channel, a way to sell the company's entire "package" to communities around the country ("Go with us, because we have the award-winning children's channel!"). But no one involved really took the actual programming very seriously.

Then Gerry and her team got involved and the channel became what we know of it today. When she -- and pretty much the rest of her principal crew -- left around '95, the channel again evolved into something completely different. In some ways -- financially/globally -- better, but in many ways -- actual programming, ethos -- not quite as innovative or irreverent. 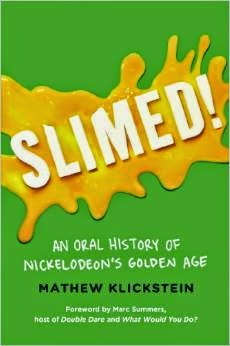 During Gerry's years, the channel was outrageously risk-taking and adamantly "anti-Disney." Thereafter, it became a Disney clone, which is still true today. The transgenerational quality has also been wiped out; it used to be that parents and older siblings or stoner college students could enjoy Nickelodeon's programming. Now, it's really just devised for six to eleven year olds, which is a bit of a shame.

Q: Do you think there’s a particular demographic that would enjoy the book?

A: People who can read books and enjoy fascinating, funny and at times heartbreaking stories about the creative process.

Q: What are some of your favorite Nickelodeon shows, and are there any that you especially dislike?

A: I particularly enjoy(ed) The Adventures of Pete & Pete and Ren & Stimpy. All of the shows on Nick during its heyday had something special to bring to the table -- that was also a part of what it made the era "golden": its wild eclecticism. But, Pete & Pete and Ren & Stimpy were simply doing something that I firmly believe transcended even those other programs from the 80s and early 90s.

Q: What role do you think Nickelodeon played for its viewers during the period you write about?

A: It taught us to question authority and to not only be ourselves, but our "best" selves possible. It taught us that life's not fair, that sometimes you need to depend on yourself and that there's plenty of amusement to be had in exploring various realms of art.

A: Due to the critical and commercial success of SLIMED!, my publisher -- Penguin -- is working with me again on my next book, which will deconstruct the changing nature of what we're loosely referring to as "nerd" or "geek" culture in the eyes of the mainstream media and pop culture in general. The book will be released in hard cover and, later, paperback in 2016.

I'm also developing a cartoon series with the folks at Mighty Fudge Studios and Maggie Roswell from The Simpsons. It's looking pretty good, and we've got a few important meetings lined up in LA. So, we'll see where that goes.

I've learned a lot about how to put together commercially viable yet well-crafted animated material from my hundreds of hours of interviews with the geniuses who made "Classic" Nick happen, so it's been really exciting putting some of those theories and lessons to work in my cartoon series.

I always have a few other projects I'm picking at -- some films, television shows, novels, short stories, etc. -- but nothing on par with the new book or cartoon series; I simply don't have the time or energy.

I'm also starting to stretch my stand-up comedy muscle by hitting the open mic circuit as of late; this has led to my being invited to a feature spot at a monthly comedy/music show in the burgeoning comedy scene in Lawrence, Kansas. For now, it's just a hobby, but I'm enjoying myself and it definitely helps with my writing, as well.

A: People need to stop saying "90s Nick" to define this era. That's a misnomer. The era we're speaking about is 80s/early 90s Nick. Double Dare came out in 1986, for goodness sakes. To quote Jamie Lee Curtis in the Freaky Friday remake, "I mean, get a bass player!"

--Interview with Deborah Kalb. Mathew Klickstein will be participating in the Hyman S. and Freda Bernstein Jewish Literary Festival, which runs from October 19-29, 2014, at the Washington DCJCC.