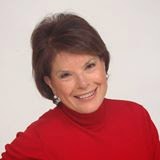 Naomi Harris Rosenblatt is the author of the new memoir Bless the Bitter and the Sweet: A Sabra Girl's Diary During the Last Days of British Rule and the Rebirth of Israel. She also has written After the Apple and Wrestling with Angels. Born in Haifa, she now lives in Washington, D.C.

A: I was not a diligent student. I don’t remember spending hours doing homework. What’s interesting is that I was so affected by the story of the blow up of those bridges [the "Night of the Bridges," in 1946], where 14 boys lost their lives. Today, it [still] devastates me….

--Interview with Deborah Kalb. Bless the Bitter and the Sweet is available at Politics & Prose bookstore.