Edan Lepucki is the author of the new novel California. She also has written If You're Not Yet Like Me, a novella. She is a staff writer for The Millions, and she teaches creative writing at the UCLA Extension Writers' Program. She lives in California.

Q: How did you come up with the world you created in California?

A: Most of it is a product of my sick, sick imagination! I was also inspired (terrified?) by recent current events: crises in climate change, the widening disparity between the rich and the not-rich, violence that is becoming more and more everyday in American society. That was all swirling in my head as I began to think of these characters.

Mostly, the inner lives and marriage of my two main characters, Frida and Cal, were my guides into this story and this world. 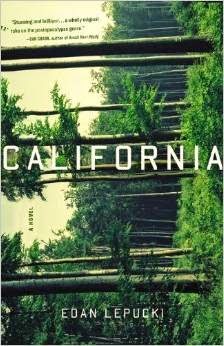 Q: What do you think readers will make of the gender roles in that future world?

A: I expect them to recognize this future world's gender roles, and perhaps be saddened or angered by how they're the same or worse than today's. In my book, sexism has not gone away, but, rather, been exacerbated by the harsh realities of survival. I simply want people to think about gender when they read my book, and talk about it later.  I'm interested in that conversation.

Q: Did you know how the novel would end when you started writing, or did you change the plot as you went along?

A: The plot changed a lot in revision--sometimes in small ways, and sometimes, at the time of revising, they felt like enormous changes. But now, it feels like the plot is exactly what it was destined to be...it just took me a few tries to get there!

The characters have always remained the same, which I am glad for, and the very last chapter hasn't changed much since the first draft; I envisioned that ending very early on in the writing process. 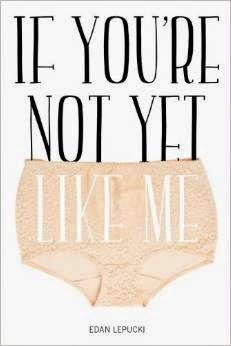 Q: Why did you choose "California" as the title?

A: Cal and Frida never divulge specifically where they've settled, and in a flashback, their first neighbors, Bo and Sandy, urge them never to use place names. I like the resonance of a title that contrasts with this directive.

I also like the idea of California being separated from the rest of the country, as the title might suggest--it emphasizes the isolation the characters face.

A: I am currently answering a lot of interview questions about California! Ha. (I am also working on a new book about contemporary L.A. and contemporary women...  I'm also thinking about writing a sequel to California....)

A: I have freckles and I love to dance.  And: Thank you for reading my book!