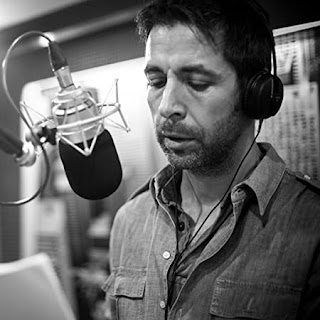 Pablo Trincia is the author of the book All the Lies They Did Not Tell: The True Story of Satanic Panic in an Italian Community. The book is now available in an English translation by Elettra Pauletto. Trincia is a journalist whose work includes the podcast Veleno. He is based in Italy.

Q: How did you first learn about the story you write about in All the Lies They Did Not Tell, and at what point did you decide to write this book?

A: I was looking for a cold case to work on for a podcast series, when a friend showed me this article about Lorena Covezzi, a mother who'd recently been acquitted 16 years after being accused of running a satanic paedophile ring with her husband. Their four children had been taken away and sent to other foster families.

When I first talked to her, Lorena told me that many other children from her community had been taken away from their families by the social services behind weird and unsubstantiated allegations. That really triggered my interest. 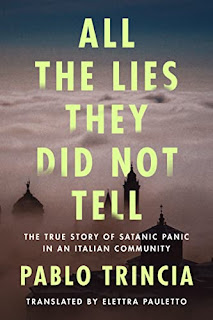 A: I've been obsessed with this story for many years. It's so bizarre and the more I dug into the stories of the families involved it got more and more dark. I had no idea that you could create false memories in somebody's mind, up to the point where the relationship between a mother and her child can be hopelessly broken.

Q: You've said, “I quickly realized that this was not a story about pedophilia or Satanism...It was much bigger than that.” How did you come to that realization, and what do you think the story was really about?

A: I believe this story is really about a large group of professionals - psychologists, doctors, judges, prosecutors - who believe in an ideology full of conspiracy theories about satanic groups that kidnap and kill children, even though very often there is no evidence to back up their beliefs.

The problem is that often these people are part of a network of organizations that operate in welfare and tribunals, and can therefore directly impact on many children's and their families' lives.

A: I hope people understand that a biased mind is dangerous, and that we need to use international guidelines on how to talk to children. Science always has to win over conspiracy theories.

A: I'm working on many podcast projects; my podcast and book on the sinking of cruise ship Costa Concordia has been recently released and now I'm working on other ideas.

A: Even though the events took place in Italy, I think it will appeal to American readers because similar events have happened in America – look at the McMartin preschool trial, for example. My book will interest readers who are fascinated by conspiracy theories, cults, false memories, and other Satanic Panic stories.