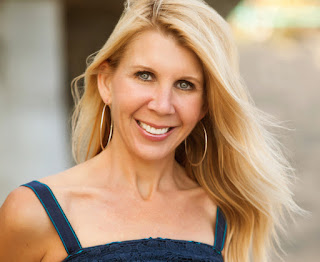 Stacy Wise is the author of the new novel Lie, Lie Again. Her other books include the novel Maybe Someone Like You. She lives in California.

Q: How did you come up with the idea for Lie, Lie Again and for your three protagonists?

A: I started thinking about friendships and how they can be amazingly supportive, but there can also be relationships that have a toxic edge to them. I wanted to explore why people do certain things and feel justified in doing them, while others would be horrified by their actions.

Sylvia came to mind first, and her voice was very loud and clear in my head. She was easy to write for that reason, because she was always chiming in. Embry and Riki came to my mind a little more gently, but that also reflects their personalities in comparison to Sylvia.

I like the dynamic of three women who all want certain things, but they go about getting them in very different ways. 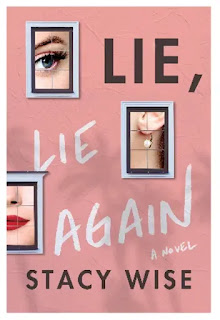 Q: How was the book's title chosen, and what role does truthfulness (and the lack thereof) play in the story?

A: It started out as Mockingbird Lane, but that felt a little too generic to me. One day someone said the phrase, “If at first you don’t succeed, try, try again,” and that’s when it hit me; the title became Lie, Lie Again.

Truthfulness is a wobbly line in the story. Some of the characters lie with ease, while others lie by omission. I read somewhere that people tell at least one lie every day and are lied to anywhere from 10 to 200 times per day! That number was staggering to me, and I wanted to explore how big and little lies would affect these characters.

Q: You've also worked in the fields of television casting and elementary school teaching. How do those experiences influence your writing?

A: That’s a great question! I didn’t fully understand how my other jobs affected my writing until a reader expressed to me that Lie, Lie Again is very visual, and she said she felt like she was watching a movie while reading it.

Her comment made me realize that after years of reading scripts for episodic television, I do have the tendency to see plots as movies in my mind before I write them.

Also, since I spent so much time with actors who were developing a character from the page to real life, I have a very deep connection with character development. I think my writing tends to be very character-driven.

From teaching, I learned the wonderful art of patience! It’s something that is absolutely necessary in the publishing world.

A: Firstly, I hope they find it entertaining. And I hope that they can feel a connection to the characters. A lot of readers have told me that they hate what Sylvia does, but they find themselves rooting for her because underneath it all, her intentions are good.

I also like that so many readers have said it has a fun, soapy feel to it, and that reading it was a wonderful escape during the pandemic. That means a lot to me!

A: My son and I started re-reading the Harry Potter series during the pandemic. This is my sixth time reading the series—I read it on my own before having kids at the insistence of one of my favorite students, and then I read it with each of my four children—and I still adore it.

I also became a big fan of whipped coffee during the pandemic, and Chloe Ting is my new favorite personal trainer. Going to the gym was a regular thing for me prior to March 2020. I would get on the treadmill and allow my mind to wander, which led to some great story ideas. It took some getting used to working out with a laptop in front of me, but now I look forward to my Chloe Ting time every day!

Thanks for having me.