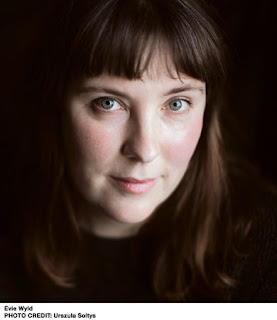 Evie Wyld is the author of the new novel The Bass Rock. Her other books include the novel All the Birds, Singing. She lives in London.

Q: How did you come up with the idea for The Bass Rock?

A: I don't tend to come up with ideas - for me writing is thinking, so I follow where it takes me.

At the time I started writing I had a newborn and was writing in his naps and I didn't have time to work on anything that wasn't right there in the front of my mind. I wrote the characters and followed them along, but the shape of the book came so much later.

Q: In a review in The Guardian, Justine Jordan calls the book "a gothic novel, a family saga and a ghost story rolled into one, as well as a sustained shout of anger." What do you think of that description?

A: I suppose it's what I hoped it was - I also think it's not really for me to say - how readers find the book depends on who they are and their lives and reading so far. 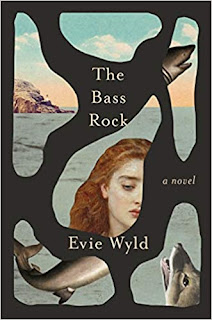 It's a reviewer's job to put a name to the messiness of a novel, but it's totally separate from the writing of it. I don't ever think “Now I'm going to write a ghost story,” the ghost comes in and if she's a good one she stays in.

It's a relief to get a review like that which tells you that you did in fact write a book, because in the act of writing, I'm never that sure what I'm doing!

Q: The novel takes place in several time periods--did you write the book in the order in which it appears, or did you focus more on one character before turning to the others?

A: Because I was sleep-deprived and had only very short moments I could write in, I wrote the book in layers and up and down and on notes on my phone. I always write a bit like this - I start somewhere and spider out in all directions - but this was a particularly hectic one.

It's written on the bones of about three other novels, so just a whisper of those ones come through. Not because I was doing any of this on purpose, but because I was sleep-deprived and life was mad.

Q: What do you think the novel says about violence against women?

A: That it is ingrained. That it is largely not thought of as a problem. That it starts very very young.

A: Secrets! If I write them down I won't write the book.