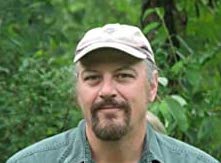 Glenn Stout is the author of the new book Tiger Girl and the Candy Kid: America's Original Gangster Couple. His many other books include Young Woman and the Sea. He lives in Vermont.

Q: You note that you first learned about Tiger Girl and the Candy King while researching an earlier book. What made you decide to write a book about them?

A: At first I was, admittedly, simply intrigued by their nicknames, but I was soon surprised to discover they were interesting in and of themselves and that the volume of reportage they inspired was staggering.

That made me wonder why I had not heard of them before. I soon began to ask myself if it would be possible to discover who they were, and what their story says both about their time and ours. The book is the culmination of nearly 15 years of research since I first heard of them

Q: How well-known were they in the 1920s, and why are they not better-known today?

A: In the spring and summer of 1926 Tiger Girl and the Candy Kid - Margaret and Richard Whittemore - were as well-known as any two people in America, front page news coast-to-coast from the time of their arrest in March, through Richard’s two murder trials, and finally, until he was hanged on August 13, 1926 - Friday the 13th. 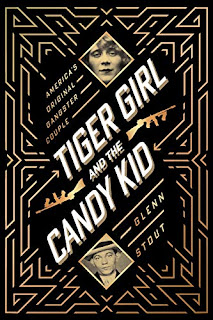 They were young, attractive, and romantic, the tabloid press loved their story, and young Americans viewed them as anti-heroes, two people who reached for a better life, regardless of the cost, without regret.

They are less well known today primarily because of changes in media - they existed just before talking pictures, newsreels, and radio dramas.

In a very short time afterwards other criminals captured the nation's attention and technology provided them with a soundtrack - we could see Bonnie and Clyde, with a voiceover accompaniment.

Tiger Girl and the Candy Kid, sort of like Gertrude Ederle, the first woman to swim the English Channel (and who I have also biographied), were the last celebrities before this change in technology.

Yet Richard and Margaret, in many ways, created the template of the glib, tough-talking gangster and his gun moll that soon emerged in Hollywood - they just didn’t get the credit.

A: No one alive today remembers Tiger Girl and the Candy Kid, so period newspapers provided the primary research material for this book.

Fortunately, newspapers in the three cities where they spent the bulk of their time - Baltimore, New York City and Buffalo, New York - covered their activities and the trials extensively, and Richard Whittemore even published a 15,000-word autobiography.

In this way I was able to learn how they walked and talked, the music they liked and the nightclubs they haunted, and create a full portrait of their life and times.

Almost everything I learned was surprising, from the inequities of the justice and penal system, to the ease with which it was possible to be a criminal during the era.

But I think the biggest surprise has been to discover the parallels between Tiger Girl and the Candy Kid's story with conditions today - they arose in the wake of a war, a pandemic, and an economic downturn, they decided to become criminals at a time when the American Dream seemed out of reach.

Their story uncovers a vision of America during the Jazz Age that F. Scott Fitzgerald missed, and provides an entirely new lens through which to see the era. Younger readers, millennials, really seem to identify with their story.

A: I think readers will take away a new understanding of the era, and some insight into what happens when the American Dream becomes so remote that it appears unreachable and can't be achieved by normal means.

A: My right hip, which just underwent replacement!

More seriously, I'm mulling over a few other lesser-known stories that have piqued my interest, and looking forward to the film version of my Ederle bio, Young Woman and the Sea, which has been placed with Disney+ and looks likely to go into production later this year starring Daisy Ridley.

I'm also trying to turn Tiger Girl into a screenplay.

A: Like I said, the genesis of this book from idea to publication was almost 15 years. I had innumerable people tell me to give up on the idea, but I found the story too compelling to do so. There is still room for perseverance.