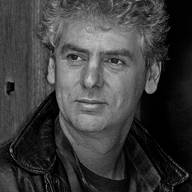 Nicholas Stargardt is the author of the new book The German War: A Nation Under Arms, 1939-1945. His other work includes Witnesses of War and The German Idea of Militarism. He is Professor of Modern European History at Magdalen College, Oxford, and he lives in Oxford, England.

Q: Why did you decide to write this book, and how does your analysis differ from that of some other historians?

A: There hasn’t been a history of German society in the Second World War. There are whole libraries on military strategy, the Nazi leadership and the Holocaust, but we simply have not known what the German people thought they were fighting for. And this was a war the regime could not have fought without mobilizing everyone.

So, this book does something quite different from what historians have explored till now. I wanted to know what people experienced but also how completely the war overturned and transformed their lives and perspectives.

Individual voices have a special place here, because one of the key questions which interested me was how far Germans grappled with their own consciences during the war, especially as they realised what kind of war their side was fighting.

The individual voices give us a vivid and multi-dimensional chronicle of events. But they also tell us how couples courted from afar through letters, or dealt with family separations and death. They help us to gauge the inner, emotional and moral changes wrought by the war.

Q: How did you choose the people whose stories you follow throughout the book?

A: I wanted to get beyond the normal cast of well-known literary figures who wrote diaries. There are carpenters and farmers' sons, school teachers, a florist and a female photojournalist, young men fresh out of high school.

Wartime separation meant that many people wrote letters and diaries who would not have normally left a written record of their thoughts and feelings.

I was particularly interested in collections of letters – especially between lovers, close friends, or children and their parents – where both sides of the correspondence survive. That way we can see how their relationships changed during the war – often in ways they did not expect. 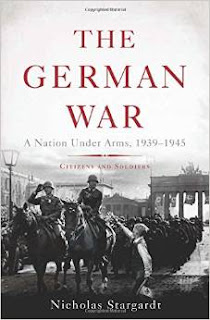 This kind of history-writing depends on what I would call "critical empathy" – a willingness to explore and do justice to the inner lives of people in the past, without forgetting that they were not at all like us.

Q: You ask, "To what extent...did [Germans] discuss the fact that they were fighting for a regime that was committing genocide?" How do you answer that question?

A: We knew that when the deportation and murder of the Jews was at its height in 1941 and 1942, people talked about it in private, and that a lot of information circulated in Germany about trains or sites of mass shootings which attracted many witnesses. Information about the death camps trickled out much more slowly, but stories about them started to circulate too.

In any case, the murder of Jews in the Soviet territories was carried out visibly by firing squads or gassing vans and so there was enough information for many people to realise that all the Jews were being murdered. But they had little cause to dwell on it.

What surprised and puzzled me was that a year later people started talking openly in public about the murder of the Jews right across Germany. This was in the summer and autumn of 1943, and the events which prompted these conversations was the saturation bombing of German cities and the mass evacuation of their inhabitants. 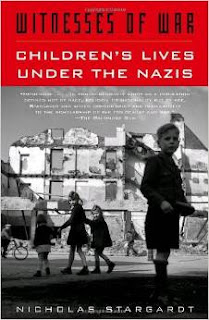 People started to see the bombing as Allied retaliation (sometimes even as divine punishment) for the murder of the Jews. This was a complicated kind of response, which combined a sense of collective guilt with feelings of intense vulnerability under the impact of the bombing.

It was this that made me realise that when Germans started referring to the murder of the Jews like this, their real focus was on their own plight.

That in turn made me think that we could only understand what they meant if we knew what they hoped for and what they feared. It was at this point that I realised I had to write this book, because there was nothing else which could answer these questions.

Q: You write, "Even in 1945, there were two quite different conversations about guilt in Germany." What were those, and how did they evolve over the succeeding decades?

A: Yes, as the Allies reached the German frontiers in 1944 and 1945, there were many reports that ordinary citizens expected – and accepted – that they would be punished for what they had done to the Jews.

This continued into the early months of occupation, but then these rather frank acknowledgements of German culpability were drowned out by a chorus of voices calling the International War Crimes Tribunal at Nuremberg "victors' justice" and stressing instead the sufferings inflicted on Germans – by British and American bombing, mass rape of women by Soviet troops or the death of civilians expelled from the former German provinces in the east.

In the first decade after the war, this cult of Germans as victims of the war, even as victims of the Nazis, was much stronger, and it only began to be eclipsed in the late 1950s and early 1960s as subsequent war crimes trials were held. 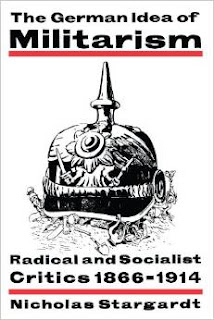 But even in the last decade or so, German discussion of the suffering of their civilian population in the war tends to recreate some of this victim narrative, whereas since the 1990s it has become equally common to see Germans as a nation of perpetrators.

What I’ve tried to do is to get past these rigid categories by going back to how people experienced their roles at the time and showing how Germans could become perpetrators by imagining themselves to be victims.

Q: Is there anything else we should know?

A: What I learned [that most surprised me] is that it was not necessary to be a Nazi to fight for Germany, but that it was also impossible to remain uncontaminated by doing so. The war was rarely popular at home but it was always seen as a legitimate patriotic duty to defend the homeland.

Much as in the First World War, Germans nourished their sense of patriotic commitment from religious faith or by ransacking the texts of their great 18th and 19th century poets. But of course these deep cultural values could not escape being tainted by the brutal and increasingly genocidal way in which the war was itself being fought.

The other thing that really surprised me was how long people went on hoping for a better outcome than defeat. Even after they realised that the war would last a long time or that a complete German victory was no longer likely, they kept imagining scenarios which made going on worthwhile.

This is a very basic change to how historians have understood the war and changes our understanding of how much people were willing to mobilise themselves and to transform themselves in order to keep the war effort going.

I have been amazed by the response so far [to the book in Germany, where it is on the bestseller list]. Of course as an author you never know how a book will be received and with a work like this which takes 10 years, you really can't predict what people will be interested in by the time you're done.

What's so striking is that people have been equally positive about this way of writing and the bigger arguments. It seems as if the passing of the generations who lived through this period makes it easier for younger Germans to imagine themselves in more than one role in this past. That may partly explain this response.