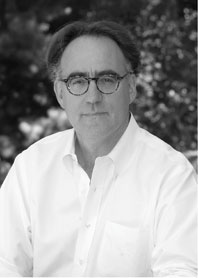 Arthur Allen is the author most recently of The Fantastic Laboratory of Dr. Weigl: How Two Brave Scientists Battled Typhus and Sabotaged the Nazis. He also has written Vaccine and Ripe. He is a reporter and editor for Politico, and his work also has appeared in a variety of publications including The New York Times Magazine and The Washington Post. He is based in Washington, D.C.

Q: How did you learn about the scientists Rudolf Weigl and Ludwik Fleck, and why did you decide to write this book?

A: For my book Vaccine, I wrote a small section about the development of typhus vaccine during the 1930s and 1940s in the United States.

I read a bit at the time about typhus vaccine research in Europe and mentioned the Weigl vaccine briefly in my book. The unusual technique used to develop the Weigl vaccine—grown in lice that fed for weeks at a time on human blood--  stuck in my mind, and several years later I decided to investigate further.

What I found--both about the vaccine and the circumstances that surrounded its production—astounded me, and I decided to write a book about it. 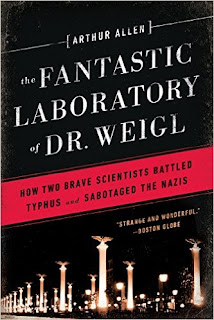 Q: What was the impact of typhus at the time of World War II?

A: So-called “classic” typhus was endemic to parts of Eastern Europe and North Africa by the outbreak of World War II while other forms of typhus were common in, for example, Mexico.

However, even by the start of World War I scientists knew that the disease was transmitted by lice, and governments made efforts to eradicate it. For example, Poland suffered only a few hundred cases a year by 1939 due to the concerted work of Polish public health authorities.

Q: You write, “Fleck and Weigl found the calm to practice medical science—and to sabotage the goals of the oppressor.” How were they able to do this?

A: Partly, I think, because they were both remarkable human beings with deep experience of life and philosophical attitudes about their own mortality. 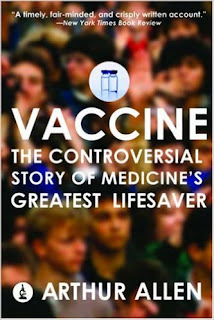 In both cases, they survived because they had skills and knowledge useful to the Nazis, but at the same time they manipulated the Nazis’ poor understanding of the disease and of vaccinology to sabotage the Nazi war effort and to protect some Jews and Poles.

Q: How did you research your book, and what surprised you most in the course of your research?

A: I began by conducting all the secondary research I could at our wonderful Library of Congress. I read French and German so that helped.

Next I spent three days interviewing Waclav Szybalksi, a famous scientist and a survivor of the Weigl laboratory, at his office in Wisconsin. With Szybalski’s descriptions and remarkable memories, and the material I had absorbed from the secondary literature, I had a pretty good picture of what else I wanted to know.

I then visited Lviv, Ukraine, which was the scene of most of the activities I describe in my book in the 20th century. I spent a week there soaking up the environment, visiting the places I had read about, meeting people who could help me and collecting some documents and photographs.

I visited multiple archives and attended conferences in Paris, Poland, and all over Germany, as well as Yad Vashem in Israel and our own National Archive. I made a partnership with a Polish sociologist who located and translated many documents for me. 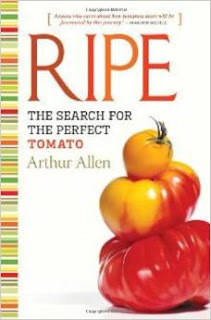 Perhaps the most surprising event was to find the son of one of the key German scientists in my book. The son, with whom I stayed for a few days, had many documents, letters and important insights about his father.

A: I am in the beginning stages of a novel dealing with German Jewish Cincinnati in the 1930s and 1940s.

A: I encourage people to learn more about the philosophy and life of Ludwik Fleck, one of the two major characters in my book. A Jewish scientist and humanist, he continues to have many wonderful insights into how we understand our world and each other. My book is a good place to start!

--Interview with Deborah Kalb. Arthur Allen is participating in the Hyman S. and Freda Bernstein Jewish Literary Festival at the Washington DCJCC, which runs from October 18-28, 2015.
Posted by Deborah Kalb at 8:11 PM