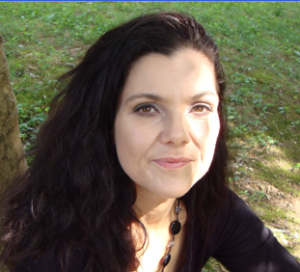 Ann McCallum is the author of the new children's book Eat Your U.S. History Homework: Recipes for Revolutionary Minds. Her other books include Eat Your Math Homework and Eat Your Science Homework. She lives in Maryland.

Q: How did you come up with the idea for the “Eat Your Homework” books?

A: For the first one, the math book…the seed was planted when I was a math teacher. I did mathematical gingerbread houses one day, out of graham crusts—I had [the students] make them mathematical. It was a fun activity before winter break. They came up with what’s the perimeter of the roof, what are the shape of the windows.

What’s something to connect math [to] kids? It always came back to food. I’m horrible at following recipes—I say, Let’s just try this. Sometimes it works out, and sometimes it doesn’t! I tried to find something universal that all kids can relate to. Math, science, social studies—food was that connection. It connects all of us, no matter how old we are. 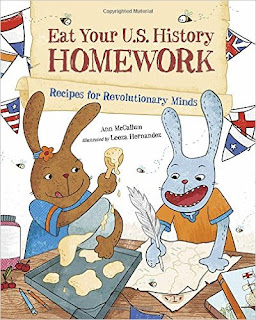 Q: What age group do you think would especially appreciate these books?

A: Because they’re recipe books, there’s a wider audience than for a story, for fiction. Six to 11 is the sweet spot. I’m going into a middle school in mid-October, that’s sixth grade, they’re closer to 12. Six to 11-ish.

Q: How do you pick the recipes, and the background information that goes along with them?

A: The recipes are all original. I love to experiment in the kitchen. For different concepts, either the recipe or the content [came first]. For Independence Ice Cream with George Washington, around the same time George Washington and the rest of the patriots were declaring independence from Great Britain, the first ice cream shop opened in New York City.

I did some more digging, and found out that George Washington was a lover of ice cream. He spent $200 on ice cream one summer—he had a special ice house, and had tools and things to make ice cream. 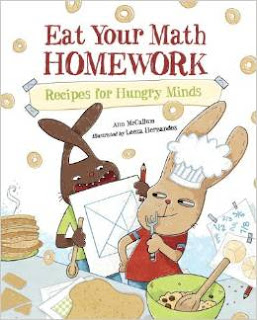 This connection between ice cream being a newfangled treat and the country being new—what a great way to get connections!

The [picture] spread for Independence Ice Cream, the idea of George Washington and King George having a food fight with ice cream—it’s a matter of finding the connection. Back then, people were eating food as well.

Q: Did you coordinate your work at all with your illustrator, Leeza Hernandez?

A: They really don’t want you to coordinate with the illustrator. I only saw it when the final sketches were in. Then the editor said to check these out and make sure they’re accurate in terms of the content. There were a few tweaks. The artist wants to put [his or her] own spin on things. Leeza is wonderful; she’s super-creative. I love her illustrations… 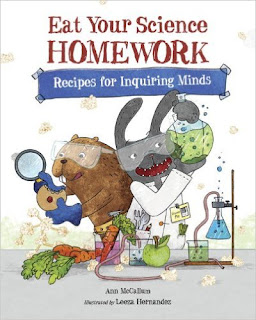 A: I’m working on a novel right now. I go back and forth between fiction and nonfiction. It’s a middle-grade novel. We’ll see—I’m polishing it up and will send it out. I’ve got a couple more ideas. I’m thinking of another social studies one.

Q: Do you have a preference between writing fiction or nonfiction?

A: It seems like two very different animals. The thing I like with nonfiction is that you write in sections. There’s a Revolutionary War section, and there’s a Colonial Experience section. Even though they weave together, it’s a little different brainwork. It’s like making a quilt.

Whereas fiction books—I’m a big proponent of using an outline. An outline is super-helpful to me, to keep track of everything and there are so many nuances, I want to make sure I’m being consistent.

I guess I like both! With nonfiction, there’s way more research to do—I spend less time writing, but more time researching.

A: Just the importance of making these subjects accessible to kids. Most kids love food. The kitchen is a wonderful place for kids to explore, especially if you can tie it in to some kind of learning.

I love the idea of kids getting enthusiastic. Learning to cook is an important thing [that many] people ignore these days for their kids. It’s an important life skill, and it helps kids have healthy eating habits. I think it’s a great way for kids to learn about a topic and get familiar with cooking.