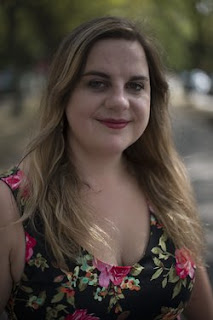 Margaret Eby is the author of the new book South Toward Home: Travels in Southern Literature. She also has written Rock and Roll Baby Names. Her work has appeared in a variety of publications, including The New York Times and The New Yorker. She is originally from Birmingham, Alabama, and lives in New York City.

Q: You write, “Southern writing at its loftiest is a literature of opposition.” Can you say more about why you feel that to be the case?

Most of these writers were not overtly political, with some exceptions, but all had stakes in the South, and they all cared deeply about the political situation in the South, in the civil rights movement, and expressed it in different ways.

Richard Wright expressed it openly. Eudora Welty wrote a beautiful short story, "Where Is the Voice Coming From?", after Medgar Evers’s assassination. They were writing to oppose the complacency of the clichés of the place they grew up in.

Q: You note that your choice of authors to include was “a personal one.” What about these authors especially appealed to you?

A: The original list I had going in of my favorite authors was very long, and one of the things I wanted to avoid doing was writing an encyclopedia! What I tried to do was pick people I thought expressed certain things about the South. 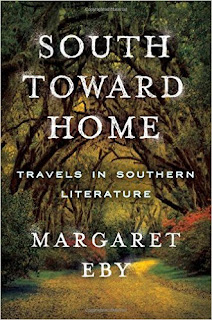 I picked Faulkner because he was such a defining feature of Southern literature, but I went back to Oxford with Barry Hannah and Larry Brown to see how other authors influenced these places.

It was the same in Jackson—I wanted to talk about the way Eudora Welty went very small to talk about something very large, but I also had to talk about Richard Wright—he lived fairly close to Welty, but a world apart in terms of his circumstances and the way the community in Jackson treated him and his family…

Q: One of the authors you focus on is Harper Lee. Have you read Go Set a Watchman, and what do you think of the controversy over her new book?

A: It’s really interesting. Harper Lee is the only living author in the collection. For so long, all of us assumed she had written one book, that that would be it.

I had done the trip to Monroeville before the news that there would be a second book. In some ways I’m glad about how that turned out. The place was shaped by To Kill a Mockingbird, and that [new book] interrupted the way Monroeville had become for many years…

I haven’t finished reading the book. Parts [of it] are interesting, because they do look at the place differently.

Q: Beyond the idea of opposition, do you see anything that unites these writers? 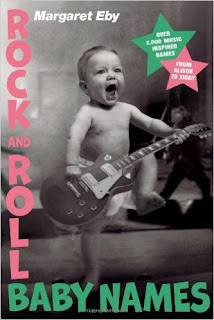 A: There are plenty of really fabulous writers born in the South that I don’t think I would categorize what they write as Southern literature. Richard Ford grew up in Jackson, but in his work he isn’t exploring the place in the same way…maybe he’s less a “Southern” writer because he’s exploring different material.

Maybe what unites these writers is how fiercely they were attached to the place; they made it almost a character in their story. Even Truman Capote, he went to New York and was throwing fabulous parties, he still really wrote about the South. That’s what distinguishes someone born in the South vs. someone who claims it as part of their writing.

Q: You write, “There was a time when being from the South meant that you couldn’t put pen to paper; now it means that you’re imbued with a mysterious writerly spirit.” How have impressions of Southern writing changed over the years?

A: I think every place has stories you tell about the place. I’m biased, I grew up in the South, but I’m sure if you come from Maine, or Uganda, or Ireland, everyone tells stories to understand the place.

The stories we tell in the South are dueling narratives. One is the backward Southern rube, who’s not able to spell and can’t read. The competing narrative is the South as an incredibly fertile place for writers, especially after the Southern Renaissance with Faulkner, Welty, O’Connor, and Wright.

Even when the South was recognized as a place with a lot of talented writers, they were put into a category that a lot of later writers were straining against.

That could be why [some later writers] don’t claim the South—[the idea that] their books are going to be about banjoes, bible salesmen, or alligators. No one wants to be pigeonholed.

There’s a constantly shifting narrative, just like there is about any place. Brooklyn, where I live now--40 years ago, it was “Don’t go there.”…

Q: You mention some new Southern writers you particularly like: Jesmyn Ward, Thomas Pierce, and Ann Pancake. What do you appreciate about their work?

A: They present old stories in a new way. Jesmyn Ward in particular, her work is just gorgeous. Salvage the Bones is an incredible book. In the same way that some other writers were grappling with the civil rights movement and what happened in the South, she’s grappling with Katrina and post-Katrina Mississippi. It’s another topic that needs to be explored.

I appreciate that. I love books about dragons and faraway imaginary places, but I always love…when you find what you’re looking for in your back yard.

A: I have a couple of things in the air. I would love to write about some of the writers who didn’t get in the book: Zora Neale Hurston, Willie Morris, Ellen Douglas.

Q: What does the book’s title signify for you?

A: The working title was something different: “High Holy Places.” To me, this originally came together as literary pilgrimages. We treat some of these places in literature as almost shrines—people come all over to visit. Such is the power of literature.

But the good people at Norton wisely said that sounds a little like a religious book, and that’s not what this is! We went through the options, and this made sense—it’s a play on Willie Morris’s memoir North Toward Home.

This book is a lot about homes, and it’s hard not to get sentimental when we talk about homes. Homes are the things we create for ourselves, they are places, but they are also acts of community and acts of imagination.