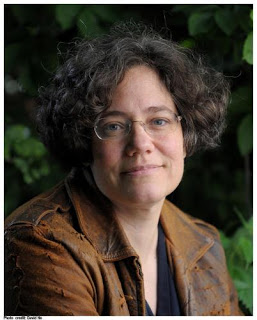 Elizabeth Wein is the author of the new young adult book A Thousand Sisters: The Heroic Airwomen of the Soviet Union in World War II. Her other books include the YA novels Code Name Verity and The Pearl Thief. She lives in Scotland.

Q: How did you learn about Soviet pilot Marina Raskova and her regiments of all-female flyers in World War II?

A: I confess that I don’t remember when or how I first became aware of the Soviet women who flew in World War II. I’ve known about them for at least 10 years – since before I wrote Code Name Verity, which I began writing in 2009.

In its earliest form I wanted to make Code Name Verity’s pilot heroine a Soviet flyer (absolutely true – this is why the character Maddie Brodatt is of Russian heritage.)

My notes tell me that in 2010 I read an obituary for one of Marina Raskova’s pilots, and heard a feature on BBC radio about them. My fictional character Irina Korsakova in Rose Under Fire is a Soviet fighter pilot, loosely based on the real pilots Anna Timofeyeva-Yegorova and Lilya Litvyak.

So they’ve been on my radar for about a decade – since I first started writing about women as pilots – and possibly longer!

Q: Why did Stalin choose to create these regiments, and were there similar squads of women pilots in other countries' armed forces during the war?

A: There’s no simple answer about why these regiments were created – as I soon discovered when I started to do the background research for A Thousand Sisters! I’ll try to be brief:

The USSR encouraged flight training for its youth in the 1930s, and although girls weren’t actively encouraged to become pilots, they were given the same opportunities as boys if they signed up to learn to fly. By the time World War II started, as much as a third of the USSR’s pilots were women. 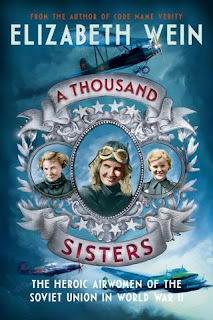 Marina Raskova, a national celebrity for her record-setting flight achievements, convinced Stalin that these young women should be given an opportunity to fly in combat after the USSR entered the war. It’s not clear why he gave his seal of approval to the project.

It’s important to remember that these women were definitely an exception, even in the Soviet Union – there were only three women’s aviation regiments among hundreds of men’s regiments.

The idea that there was a “shortage” of male pilots is erroneous. The women’s regiments may have been intended as a propaganda opportunity, but it was never seriously exploited as such.

There weren’t any similar female squadrons anywhere else in the world. In the USA, the Women Airforce Service Pilots (WASP) flew transport missions on the home front. In the United Kingdom, women (and men) from a dozen Allied nations flew similar missions with the Air Transport Auxiliary.

Both these organizations were civilian, not military, and they did not engage in combat. By contrast, the women’s regiments in the USSR were part of the Soviet Air Force and flew both fighter and bombing missions in battle over the front lines.

A: The Soviet women who worked in aviation in World War II left behind a wealth of literature in memoirs and interviews, so that’s where I started. 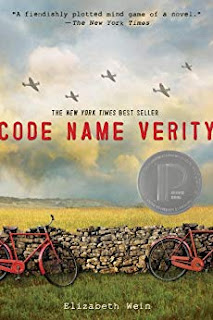 I also travelled to Russia in 2016, where I was able to visit museums to see the actual aircraft I was writing about, and to talk to contemporary Russian women pilots who had met some of these veterans – the one living vet that I was aware of was too frail for a meeting at the time, alas!

I was hampered in my research by the fact that I don’t read Russian. I was very lucky that so many primary source interviews are available in English – but it is something I have had to be very careful about, because I can’t cross-check the originals.

So many things about this story are surprising! The extremes of Russian winter cold that these women (and everybody else) worked in are pretty amazing – flying in open cockpits in -40 degrees, having to drain the aircraft radiators every night so they wouldn’t freeze, living in trenches dug underground in conditions so harsh that your hair would freeze to your bed overnight.

Also, just the intensity and determination of the aviators was surprising. One of the bomber regiments flew without parachutes for most of the war – the planes that regiment used never had radios, and by the end of the war each flight crew had flown nearly 1,000 missions – pretty much 10 missions each, every night of the war! 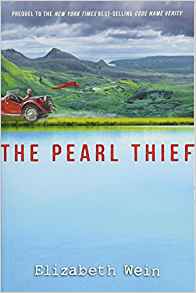 Q: What do you see as these women's legacy today, and what do you hope readers take away from the book?

A: I think that their legacy is only now coming to light. They were encouraged to keep quiet about their achievements, to go back to domestic life after the war. There are scarcely any women pilots in contemporary Russia – and only in this decade have all restrictions been lifted on American and British military women in combat.

So I think it’s important to remember and celebrate these women who fought and flew alongside men, even if it’s over 70 years since World War II ended, because the rising global generation is still fighting for gender equality.

If it doesn’t do anything else, I hope A Thousand Sisters broadens readers’ minds about what women are capable of achieving – as individuals and when they work together, with each other and with men. But even more than that, I hope it inspires young readers – whatever their gender – to realize they can make a difference. Maybe to learn to fly themselves!

A: I’m writing a new novel about young pilots in World War II!

A: Random aviation trivia: Only 5 percent of commercial pilots worldwide are women. In India that number is around 12 percent, though! I would love to see America catching up!

Thanks again for this interview, and I hope people enjoy A Thousand Sisters!

--Interview with Deborah Kalb. Here's a previous Q&A with Elizabeth Wein.
Posted by Deborah Kalb at 7:36 AM