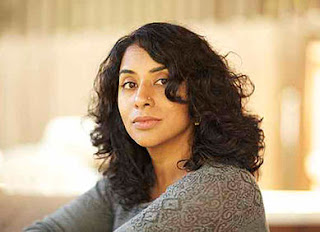 Shanthi Sekaran is the author of the novel Lucky Boy, now available in paperback. It focuses on two women and the boy they both love.  She also has written The Prayer Room, and her work has appeared in publications including Best New American Voices and Canteen. She teaches creative writing at California College of the Arts, and she lives in Berkeley, California.

Q: You've said that the inspiration for Lucky Boy came from a story you heard on NPR. How did you come up with your characters Soli and Kavya?

A: Soli was the first character I started writing, and it took me a long time to find my way with her. She started out much older than she is now—in her mid-20s, rather than 18—but there’s a naivete to her that felt better situated in an 18-year-old.

I started out by putting her through the motions of plot, while grasping to understand her character, and I struggled with this for a while.

Then I found a way to get to Mexico for a couple weeks, and stayed in a little town outside of Oaxaca. Once I did that, and could physically experience the sort of town that Soli might be from, I began to feel her character more strongly and write her more confidently.

Kavya was an easier character to write, at the outset. Her life isn’t very different from mine. The challenge with her lay in making her a character who was as sympathetic as Soli. 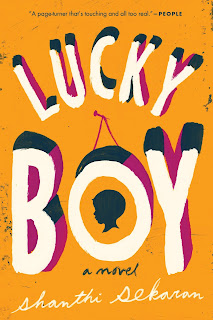 I also had to think about Kavya’s fertility struggle—something I’ve never been through myself. To access this, I had to think of times when I worked hard for something, did everything right, and still didn’t get what I wanted.

Q: Immigration is one of the important themes in your book. Given the focus on this issue in today's headlines, what do you hope readers take away from the book?

A: I hope they’ll come away seeing the complexity of immigration in the U.S. Media narratives tend to divide immigrants, very simplistically, into the categories of desirability and undesirability.

There’s also this notion that an immigrant should either be seeking asylum, running for their lives, or should get a certain score on a points system.

I hope readers will see the value in immigrants who come the U.S. simply because they want better lives for themselves. I hope they’ll see that every immigrant has an individual story, past and present.

Q: Do you know how your novels will end when you start writing them, or do you make many changes along the way? 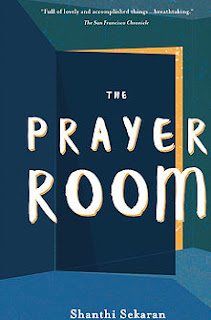 A: I always have an idea of how a novel could end, but that generally changes as I develop my characters. Lucky Boy had a completely opposite ending in early drafts. The ending it has now does justice, I think, to the build-up of the plot.

Q: You've said that Lucky Boy could be seen as an ironic title, but that you don't see it that way. How was the title chosen, and what does it signify for you?

A: The title came from a line in the book, “Lucky Ignacio. Lucky boy. Not all fathers are trovadors.” For me, the title represents how lucky Ignacio is to have two mothers who want him, who would give anything to have him.

But inherent to this situation is a conflict, a knowledge that he can’t have both mothers. It also speaks to the idea that where you’re born is a matter of luck. It’s luck that has life-long ramifications.

A: I’m very slowly working on my next novel, but also taking time to read a lot, and especially to read things that don’t fall into my normal habits. I just finished Paul Auster’s Winter Journal, which I couldn’t put down. I’m starting Seeing Red by the Chilean writer Lina Merouane.

A: Thank you for this interview!