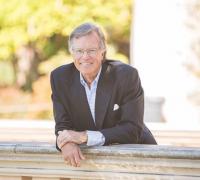 Joel Gordonson is the author of the new novel The Atwelle Confession. He also has written That Boy from Nazareth. He is an international attorney, and he lives in the Pacific Northwest and Southern California.

Q: You write that part of the inspiration for The Atwelle Confession came from the discovery of some wooden carvings in an English church. How did you learn about this discovery, and what role did it play in the creation of the novel?

A: The genesis of the book came from a dinner with a good friend, a medieval historian, who told me about her discovery of mysterious, rare gargoyles in a remote church in Norfolk, England.

Later that evening, after two hours of creative staring at the bedroom ceiling, I got up and wrote down the rough outline of the plot. It was the kind of plot I like to read—lots of characters and scenes that seem unrelated at first and then come together to a surprising conclusion.

So I kept at it, with my friend helpfully educating me on the mystery of the carvings as well as additional unusual facets in this unique church off the beaten patch. The Atwelle Confession was the result (and we’re using the book to help raise money for restoration of the carvings).

Q: The novel alternates between chapters set in the present day and chapters set in 1532. Did you write them in the order in which they appear, or focus on one time frame and then move to the other?

A: The Atwelle Confession involves two separate but related murder mysteries occurring 500 years apart that have a single solution in the last chapter.

I wrote both parallel story lines at the same time in the order of reading since the vertical story lines in each of the two centuries had to fit and complement “horizontally” the related action in the other century’s plot. A friend of mine called that approach “the double helix,” two plots ascending in parallel curves but closely connected in each chapter as they rise. 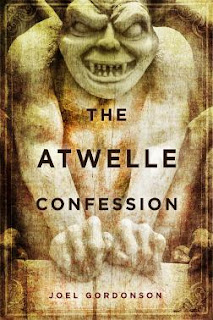 However, in the editing process, I made sure that the story line of each century flowed coherently as a free-standing plot.

In the middle of the manuscript with all its numerous characters and subplots in the two centuries, I finally had to resort to visual “story boarding” involving two lines of recipe cards with plot points positioned up and down and left to right on a long cedar chest, with a blood red cherry lifesaver on the recipe cards wherever there was a murder.

Not surprisingly, the “story board” looked like a double helix with red polka dots neatly pressed on an ironing board.

A: My professional training is in the law, where one’s writing typically starts with a clear idea of where one is ultimately going and how to get there.

Similarly, in my fiction writing, I don’t start writing until I have a pretty firm grasp of the entire concept, the theme or message I want to convey, the plot points where the action rises and falls, and a surprise ending. That approach helps me write a tighter first draft that logically connects the dots in a way that keeps the reader interested and entertained.

After that, it’s all about editing, more editing, further editing, and then additional editing after that.  As Justice Brandeis said, “There’s no such thing as good writing, only good rewriting.”

So while I start with a very detailed idea of where I’m going in a plot, some changes are made all along the journey. In fact, I unexpectedly changed the ending about half-way through The Atwelle Confession after rereading the ending of an Agatha Christie classic, which I adapted to my use. 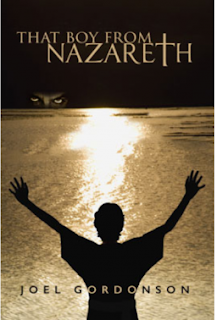 A: As a younger reader, I was heavily influenced by Dumas, Twain, and Dickens, and later by LeCarre and Heller -  all authors of fiction classics comprised of original, captivating, multi-faceted plots with a fitting message for our times as well as theirs.

I am compelled to name Abraham Lincoln as well, though he may not be remembered foremost as an author. His collected letters and speeches contain some of the most elegant and inspiring phrases ever written about some of the most emotional and difficult burdens ever borne, along with courageous and instructive self-deprecating humor.

There’s an insightful analysis of his writing skills in Fred Kaplan’s Lincoln: The Biography of a Writer.

My enjoyment and appreciation of writing with surprise endings came, not surprisingly, from O. Henry and Guy de Maupassant.  I can now confess, before God and the world, that I used to read their short stories on the sly as an altar boy in the sacristy during the sermons.

A: My next (almost finished) manuscript involves Buddhist themes of present awareness, conscious action, self-actualization and self-forgiveness, all in the unlikely settings of L.A. gang violence and a remote Indian reservation.

I also have a pile of plot outlines from spending too much time in airports and airplanes. Because they remain unwritten, they all still seem like inevitable literary and commercial successes.

In the queue, I have a detailed outline of another murder mystery set in a unique medieval village church I discovered, and am working on a murder mystery concept in which a London solicitor cuts through the Gordian knot of several interrelated intrigues with a masterful single solution that relies on Greek and Roman mythology.

A: I’m also having great fun writing the book and lyrics for a musical with a dear friend who is a supremely talented jazz pianist.  Wine and cheese are often involved in our working sessions, so my lyrics occasionally rhyme.