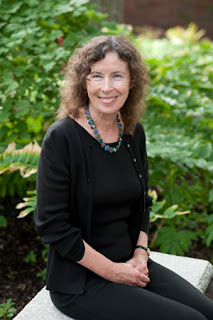 Margot Livesey is the author of the novel Mercury, now available in paperback. It focuses on a married couple, Donald and Viv, and Viv's obsession with a horse named Mercury. Livesey's other books include The Flight of Gemma Hardy and The House on Fortune Street. Her work has appeared in a variety of publications, including The New Yorker and Vogue, and she is a professor of fiction at the Iowa Writers' Workshop. She grew up in Scotland and lives in the Boston area.

Q: How did you first come up with the idea for your novel Mercury?

A: There were two things that propelled me. One was writing a column for The Boston Globe. I was a guest editor for six weeks, and I wrote a couple of columns, and then there was a massacre in Binghamton, New York.

I was struck by the [fact that] the perpetrator was a fairly recent immigrant to the States, and he had known how to get a bullet-proof vest, a weapon, ammunition. I have been here off an on for 30 years, and had no idea how to get a gun. I decided to write my next column about that—how to get a gun in Massachusetts.

Happily, it turned out to be hard to do. I didn’t explicitly make clear my views on gun control, but you could tell my attitude. The day it was published, I got 120 emails, and messages on my home answering machine.

Five men called, none identified themselves, and each said slightly threatening things. I was really interested. Massachusetts is one of the most liberal states and yet this was a really volatile issue. I was hard at work on another novel [at the time].

A couple of years later I was having a drink with an old friend who happened to be Scottish, who told me he was searching for something in the trunk of the car and found a gun—his wife had bought it legally but failed to mention it to him.

He was very upset about this. He said We used to believe the same things, but we don’t any more. I thought that was really interesting. There are so many books and films about physical infidelity, but there aren’t many about the other sort, when you part company about your core shared beliefs. It’s an interesting subject matter particularly at this time of unrest.

Those two things propelled me toward Mercury, and I have a long interest in horses. I grew up riding ponies and reading books [about horses].

A: Titles often are so fraught for me. I went back and forth about various titles. I thought "Mercury" was a title you could take in various ways.

It’s a positive thing, the messenger god, who takes souls to the underworld, but also the god of thieves, a toxic metal, an unstable thing. I liked the various possible meanings of the title. In a book that takes on various moral issues, I didn’t want a judgmental title. 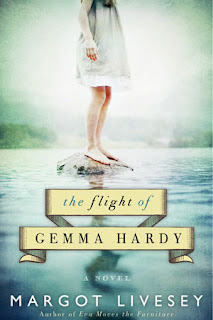 And I had the idea about writing something about someone who reaches a point in life when she purchases a gun. I wanted to write about an ambitious woman. There’s often a kind of question mark around that. Are we saying something good about her?

I thought horses were a particularly good object for Viv’s ambition. If her goal were to find a cure for diabetes, we’d all be on her side, and if it were to rob a bank, we would say no, no.

But horses are something we can have different opinions about. Some people would understand why she poured so much money into it, and some would be bewildered.

Q: Your character Donald is Scottish, but is living in America. As someone who’s originally from Scotland but lives in the U.S., what do you see as some of the similarities and differences between the two, and how important is setting in your work?

A: Setting is hugely important to me in my work. As a young writer, I thought of setting as wallpaper, it didn’t matter if something was set in Poughkeepsie or Newcastle.

As I became a better reader and I hope a better writer, [I saw that] setting controlled so many of the possibilities for the characters’ lives, as it does in our lives.

In thinking about Mercury, I knew it had to be set in the States but I liked the idea of refracting some of the things about America through the eyes of someone who maybe questioned them a bit more, [such as] American exceptionalism. That sort of idea is very American. It’s not part of Scottish culture. Donald looks at this very questioningly. 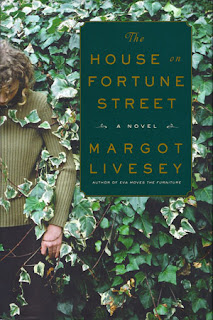 Also, America is in some ways a country of reinvention, where there’s always a second chance. You can move on to a new job, a new place, a new partner. That’s an interesting difference between him and Viv.

Q: Donald is an optometrist, and the novel deals with seeing and blindness, both in a literal and a figurative sense. Why did you choose that as one of the book’s themes?

A: Some of this was probably at an intuitive level I can’t fully articulate, but my husband paints large abstract oil paintings and I spent a lot of time in his company thinking about color and seeing.

As someone with contact lenses [for many years], people have been gazing into my eyes and saying, “Better or worse?” We rely on vision so much. Oh, I see! Oh, I get it! It feels like such a central sense to us, but it seems [one can be] easily manipulated or deceived instead.

I have an acquaintance who’s blind since birth, unlike my character Jack, [who goes blind as an adult]. Talking to him, I was interested in how he, as it were, saw the world.

I thought Donald had to have a stable profession. It seemed to be a wonderful chance to write about seeing and vision…It’s a perfect profession for someone who’s so exact and so imaginative in other ways.

A: I wish I could give a stunning answer to that. I’m trying to write a new novel, which is proving rather intractable, but I’m hoping to get it under control soon. I just published a book of essays about writing, and I keep looking over my shoulder and hearing the advice, and failing to live up to it.

Q: Anything else we should know about Mercury?

A: One of the things that interested me was the question of making a choice between your wife and your children, and the truth, and at some of the readings I’ve given, people are cavalier about the choice Donald faces. Why can’t he just go along with it now? Nobody’s going to get hurt!

I hope by the time a reader gets to the end of the novel, the reader understands why he has to go to the police, but it’s a very painful choice for him.

And I also hope readers understand how there’s only one letter’s difference between mother and smother. Viv’s been a good partner and parent for a decade before she meets Mercury, and feels this horse will allow her to fulfill the dreams of her youth.