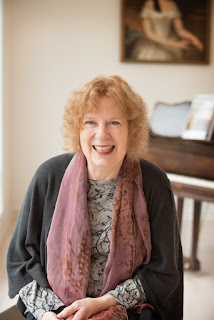 Harriet Scott Chessman is the author of the new novel The Lost Sketchbook of Edgar Degas. Her other books include Lydia Cassatt Reading the Morning Paper and The Beauty of Ordinary Things. She has taught at Yale University, Stanford University and Bread Loaf School of English, and she lives in Connecticut.

Q: Why did you decide to write this novel based on the artist Edgar Degas and his American relatives?

A: I became fascinated with Edgar Degas when he started to become a character in my earlier novel, Lydia Cassatt Reading the Morning Paper.

I hadn't actually wished for him to be in that novel, but he kind of found his way in, as a close friend of Mary and Lydia Cassatt. Somehow, well after I had completed that book, he lingered in my mind.

Once I discovered that he had lived in New Orleans with his American Creole cousins and uncle -- and once I saw the stunning, haunting paintings he did that winter in the city of his mother's birth -- I sought a way to write about his relationship to the American branch of his family, as they all lived together in a rented mansion on Esplanade Avenue.

Q: What did you see as the right blend between the fictional and historical? 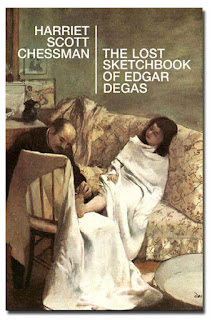 A: As with my earlier novel Lydia Cassatt Reading the Morning Paper, I tried to get all the facts right: for instance, dates of arrival and departure, baptisms, weddings, the details of daily life, race relations, medicine, the geography of the city.

I learned so much from a wonderful book, Degas and New Orleans: A French Impressionist in America, along with other sources.

This knowledge of the facts held as my foundation, yet I still had to discover my own story, its architecture and meaning. I had to create the characters of Edgar and his cousins -- and to imagine what might have happened in that crowded hothouse of a household in those five months.

I felt my way, trying to give myself permission to dream and imagine, even as I kept my story tied by filaments to all that I had discovered of the actual family relationships and history.

I did have to jettison some facts, however! For instance, Edgar's other brother, Achille, also happened to be living in New Orleans that winter, and I just couldn't fit him in to my story. I already had such a big cast of characters, and as you know, I am a minimalist!

Also, I of course had to add or envision what I couldn't find in the record. This is where fiction truly begins. Who were the servants in the house that winter?  What actually happened within the house during those months?

And -- the impetus for my novel: what might have happened if a sketchbook by Edgar -- one that had gone missing -- had shown up 10 years later? If Tell discovered it, how could she have read it, being blind? And what might it have revealed to her?

Q: The book deals with art, and also with blindness.What do you see as the roles of those two themes in the novel?

A: At first, my character Tell (Estelle Musson Balfour De Gas, Degas's cousin and sister-in-law) was simply one of many characters. 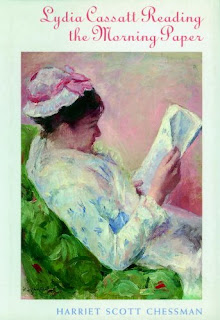 I played with (and wrote over 100 pages in!) the voices of Edgar, his other cousins Didi and Mouche, a young servant, his niece Josephine, his brother René . . . yet I couldn't find my story. It was only when I discovered Tell's voice that I knew I had found my entrance into this world.

From the start, Tell came to me as an energetic, compassionate, engaging, vivid character. Her loss of sight -- which had happened gradually, in her 20s, and which was complete by the time Edgar visited New Orleans in 1872 -- came to me simply as part of her, something with which she lived and coped, yet not the center or the primary thing.

However, for Edgar, I imagined her loss of vision to be frightening, since he had the same condition in his own eyes (a blankness in the center that slowly increased), and he feared his coming blindness.

In another sense, Tell's true blindness became the heart of this story, in a way I couldn't have predicted at first: her blindness to her marriage, to her feelings about her cousin Edgar, and to herself. This was what I learned as I wrote.

Q: How did you research the time period you describe in the book?

A: I gained so much help from Degas and New Orleans: A French Impressionist in America. Other books were valuable too, especially Christopher Benfey's Degas in New Orleans.

I also had a great time looking up articles in The Picayune and other newspapers, in the 1870s. You can discover wonderful, rich details about all kinds of stuff, from local sewage problems to robberies to stray dogs to weddings, in the archives of newspapers! 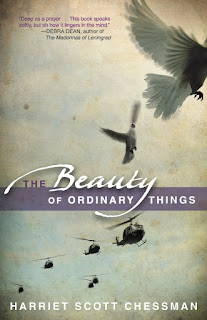 I also reread a novel I have always loved, Kate Chopin's The Awakening, which helped me with a myriad of details, from lunch menus to parrots to weather.

I gained superb help too with the French language from a young historian, Johann Le Guelte, who combed through the manuscript for me.

A: I am hoping to come back to a sequence of poems (or, as I think of them, "songs") I'm writing about Officer Hugh Thompson, the helicopter pilot who intervened with his two-man crew in the massacre of My Lai, March 16, 1968.

I wrote the libretto for a one-singer opera, My Lai, composed by Jonathan Berger and commissioned by Kronos Quartet / Kronos Performing Arts Association.

I felt so glad to have the chance to write in this form, and to hear my words sung with such power by Rinde Eckert, and accompanied by the beautiful performances of Van Anh Vo and Kronos Quartet. The libretto is complete, yet I am still listening out for my character of Hugh . . . I think he has more to say and sing!

I also hope to write more short stories -- I am fairly new to this form, and I love it. So far I have published one, "Halliday's Treasures," in Catamaran.

And one day -- one day! -- I'd like to publish one of my stories for children.  I have always loved children's picture books -- I find this to be one of the most engaging (and incredibly challenging) forms!

A: I feel so lucky to have become a writer. As I look past [last month’s] Inauguration, and feel the turmoil our country is in right now, I am promising myself to continue to write as well as I can -- to write fiction and poetry that will bring readers some kind of insight and understanding.

In this era of "fake news" -- or, as I think of it, lies!! -- so flooding this political and cultural world of ours, I believe that it is more important than ever to write in a way that is genuine, clear, and resonant -- that offers something real. I hope I can continue to try.