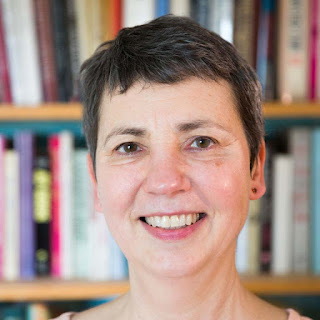 Wendy Gamber is the author of the new book The Notorious Mrs. Clem: Murder and Money in the Gilded Age. She also has written The Boardinghouse in Ninetheenth-Century America and The Female Economy. She is the Robert F. Byrnes Professor in History at Indiana University Bloomington.

Q: How did you learn about the case of Nancy Clem, and how did you research her life story?

A: Some years ago I was looking for a new project and thought it might be fun to write something about Indiana—after all, that’s where I live. So I grabbed a few microfilm reels of the Indianapolis News from the 1870s.

As I cranked away I kept coming across vague but intriguing references to a Mrs. Clem. The News assumed readers knew who she was—and while it was pretty obvious she had done something wrong, it wasn’t at all clear what.

I had blundered into the middle of what sounded like an interesting story. It was. I discovered an absolutely fascinating protagonist.

Here was a woman who stood trial four times for murder, who allegedly invented the Ponzi scheme, and who, in her later years, sold patent medicine door-to-door while representing herself as a “female physician.”

I began to read newspapers published in Indianapolis and elsewhere. Digitization was a godsend; by searching various newspaper databases I could track Clem almost continuously from 1868, when the murders of Jacob and Nancy Jane Young took place, until her death in 1897.

Luckily for me, Clem couldn’t seem to stay out of trouble, so she kept making the news. I also relied on trial transcripts, manuscript censuses, genealogies, city and county histories, prison records, and maps.

I had to piece together her story from thousands of fragments. Because Clem was barely literate, she didn’t leave behind letters or diaries. So there’s much about her that we just don’t know, and will probably never know.

But I think that’s the reason I found her so enthralling; I probably wouldn’t have been half as interested if she weren’t so mysterious.

Q: What type of business was she involved in, and what role did she play in developing the Ponzi scheme?

A: That’s the 64 million dollar question. Like much else concerning Nancy Clem, I don’t know for certain. I do know she was no stranger to business. During her time as a widow she probably helped make ends meet by loaning out money she inherited from her first husband, who died in 1857, and charging interest; she also took in boarders.

When she married Frank Clem she took out a prenup that gave her the right to conduct her own business (without such an agreement, any profits a married woman earned legally belonged to her husband). As far as I can tell, up until the time she met Jacob Young, her dealings were perfectly legitimate.

Then things changed. We’ll probably never know exactly what Clem, Young, and their partner, William J. Abrams, were up to, but my best guess is that their business was a variation on what would later be called a Ponzi scheme (named after Charles Ponzi, who bilked investors out of millions of dollars in the 1920s).

They borrowed large sums of money at interest rates as high as 25 percent. Their clients didn’t realize that the “interest” they earned came out of subsequent investors’ money or sometimes even out of their own principal.

In the end, some people actually made quite a lot of money. Others, like Clem’s dressmaker, who invested her life savings of $900, lost everything.

Indiana journalists would later claim that Clem invented this scam. They also reported that she taught it to Ferdinand Ward, who used a similar scheme to swindle former U.S. President Ulysses S. Grant out of all his money. I wish these accounts were true, since they would make for such a great story. Alas, there’s little evidence to support either contention.

Surely this couldn’t have been the first time a con artist promised and delivered “big percentage” by robbing Peter to pay Paul. If it was, I think we’d have to award the honor to Jacob Young, who seems to have been transacting shady business deals nearly a year before Clem joined his ring.

Ferdinand Ward did have a brief career as a bank clerk in Indianapolis—he only lasted two weeks before he was fired—but Nancy Clem was incarcerated at the time.

I suppose it’s possible he visited her in the county jail and asked her to teach him the tricks of her trade, but I doubt it. Clem rarely agreed to receive visitors other than her friends, family, and attorneys, so it’s hard to imagine her agreeing to see a young man she didn’t know. 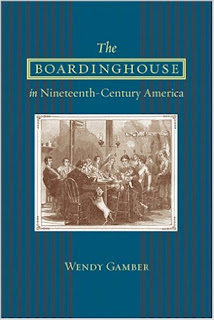 Q: How would you describe the relationship between Nancy Clem and Jacob and Nancy Jane Young?

A: In some ways this is the saddest part, because this is a story about people who allegedly conspired to murder their friends. It’s a bit complicated— please bear with me.

Nancy Clem (née Hartman), like the Youngs, grew up in Pike Township, a (then) rural community northwest of Indianapolis. While Clem left for Indianapolis before Jacob Young arrived in Pike Township, Jacob was good friends with William J. Abrams and with Clem’s younger brother, Silas Hartman. The Abrams and Hartman families had always been close. So when everybody eventually ended up in the city, they naturally started socializing together.

She seems to have been friendly with both Jacob and Nancy Jane; while you have to take Clem’s words with more than a grain of salt, she said she was “quite intimate” with Nancy Jane and thought her a “very clever woman.” “Intimate,” by the way, didn’t have the kind of sexual connotations in the nineteenth century that it might today.

Sex did play a role, but only in prosecutors’ imagination. Benjamin Harrison’s closing argument, for example, included this statement: “[Clem], a married woman— without the knowledge of her husband . . .is found frequently visiting the house of Jacob Young, and going into a room with him privately and apart from others. What does this mean?”

But there’s absolutely no evidence of any romantic relationship between Clem and Young. Harrison was just using a tried and true legal tactic—making the case by tarnishing the defendant’s character.

Something happened between Clem and Young in late August or early September 1868, but it wasn’t about sex. It was about money.

Prosecuting attorneys offered two theories; take your pick:  (1) Clem owed Young a lot of money and he threatened to tell her clueless husband about her shady business deals if she didn’t pay up or (2) Clem knew that Young carried large sums of cash on his person and decided she wanted it for herself.

For whatever reason, Jacob and Nancy Jane Young ended up dead on the banks of the White River. And their good friends, Nancy Clem, Silas Hartman, and William J. Abrams were charged with first-degree murder. 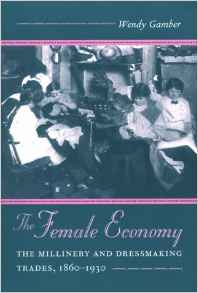 A: That’s a hard one to answer because there were so many surprises. I was surprised, though I guess I shouldn’t have been, by how much the trial rhetoric revolved around whether women, especially married women, should participate in business.

Prosecutors called Clem a faithless wife because she did business without her husband’s knowledge; defense attorneys called her a faithful wife because she contributed to her family’s income.

I was also surprised by the mix of county authorities’ amateurism and professionalism. Of course I’m looking back from a 21st-century perspective, so I’m probably not being entirely fair.

On one hand, the coroner had the presence of mind to order autopsies, which was how investigators found out that the Youngs had been shot with two different weapons. Their murderers may have hoped for a ruling of murder-suicide, and the discovery that Jacob died from a shotgun wound and Nancy from a pistol shot made that verdict unlikely.

On the other hand, police measured the woman’s footprints discovered at the crime scene with a green pawpaw stick—not the most reliable of instruments. Two codefendants—William J. Abrams and Silas Hartman—were allowed to share a jail cell. Future U.S. president Benjamin Harrison prosecuted a woman who was almost his next-door neighbor. He lived just a block away.

And I can’t resist mentioning that two important characters in the story were named Pet. One Pet was Clem’s niece, a 15-year-old girl.  The other was a horse.

A: I’m working on two projects that I hope eventually will turn into books. One is an account of the infamous Donner Party that tries to put Native Peoples and Californios into the story.

The other is a study of 1970s and 1980s American homes. I’m interested in architecture and furnishings (I’m hoping that Avocado appliances will make prominent appearances), changes in gender roles and family life, and new technologies. Lately I’ve been reading a lot about early microwave ovens.

A: I’d just like to thank you for your excellent questions and for your interest in The Notorious Mrs. Clem. This has been fun.