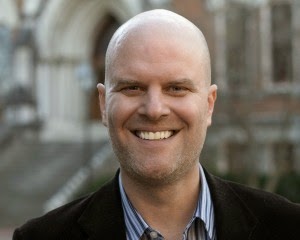 Andrew Maraniss is the author of the bestselling book Strong Inside, now available in a new edition for young readers. It tells the story of the basketball player Perry Wallace, and how he broke college basketball's color line. Maraniss, who was associate director of media relations for Vanderbilt University's athletic department and media relations manager for the Tampa Bay Rays, lives in Brentwood, Tennessee.

A: It goes back to when I was 19 years old, 27 years ago. I was a sophomore at Vanderbilt; I had a sportswriting scholarship and was a history major.

Q: Why did you decide on a young readers edition of Strong Inside?

A: It wasn’t my idea at first! I was in a coffee shop in Nashville, and the book [reporter] for The Tennessean was interviewing Ruta Sepetys, who has had great success with her books for young adults.

The Tennessean writer introduced us, and [Ruta] said she had heard of my book, and thought it would make a great book for kids. She wanted to introduce me to her publisher, Philomel. It was out of the kindness of Ruta’s heart!

She said they are interested in people under the radar and in sports, and the race aspect might be interesting. I sent the book to Philomel, and they read it and linked it. I’ve always felt Nashville was a nice place like that—you make connections—and Ruta really exemplified that.

Since I’ve gotten into it, I think the book potentially could be more important than the original, especially with what’s going on in the country right now—there’s a deep divide, racial divisions…

I’m hoping a book that tells the story of a courageous, smart, strong African American young man will appeal to kids, every kid. It will be an inspiring story for people who relate to Perry Wallace and provide an opportunity for empathy and understanding from other kids.

Q: What are some of the changes from one version of the book to the other?

A: The main change is that it’s much shorter! It’s one-quarter the length. I had to cut one of four words and still hope it makes sense—it’s a great exercise!

It turned out to be fun—it gets right into the action now. I was given advice, don’t dumb it down at all, [kids are] smart and good readers. Some of the various back stories were eliminated, and it focuses more tightly on Perry Wallace’s own experience. 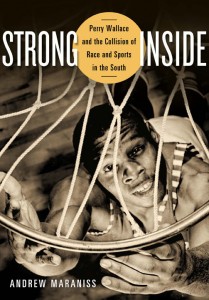 The first chapter is different—it jumps right to the game at Mississippi State that he considered hell on earth. The reader feels the tension from the opening chapter.

Q: What age group do you think will especially like it?

A: Age 10-14, though I think it will extend to older readers as well, up into high school and even adults. It doesn’t read like a children’s book. 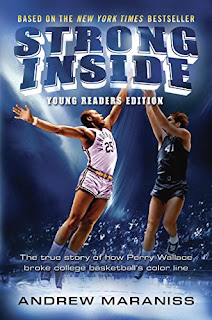 He came back to Nashville…for a series of events relating to the book, and it was really, really emotional. We had a crowd at the downtown library of more than 400 people.

We had a line of people [including] older white people with tears in their eyes, apologizing, saying, I wish I had known what you were going through. We went to his high school, and people talked about what an inspiration he had been. It was really touching….

The book is now the required read for freshmen, and he has been back to campus several times in conjunction with that.

A: I have a few book ideas still in the proposal phase.

I’m a contributor to the website The Undefeated, which is part of ESPN focused on race, sports, and culture. I have enjoyed writing long-form articles.

The most recent one is about the bloodiest Election Day in American history, about the Ocoee Massacre in 1920, a lynching and burning of an entire African American neighborhood. I thought it was very relevant to this year’s election.

A: A couple of things. I attended a conference for Tennessee school librarians to see how they select books. They would say, My boys will love this book.

Part of me is excited to hear that—you hear about boys that age who are reluctant readers. There’s a cool action basketball shot on the cover, and they might pick It up, and it’s about more than sports. It’s a true civil rights story of someone overcoming obstacles and succeeding.

And it’s not just seen as a book for boys—girls are basketball fans too, and can relate to feeling different and being bullied…This is a book for everyone.

[Also] I’m eager and interested in traveling around the country to schools. If anyone is interested, I would love to hear from people.