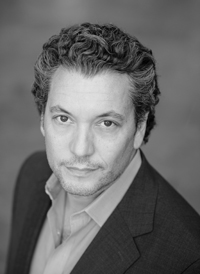 Anthony Schneider is the author of the new novel Repercussions. His work has appeared in a variety of publications, including McSweeney's and Conjunctions. He was born in South Africa, and lives in London and New York.

Q: How did you come up with the idea for the three generations of family members you write about in Repercussions?

A: Actually, the generational aspect of the story happened second. The novel began with characters and places. I didn’t worry about the fact that the characters lived in different times and places. It was an act of faith, writing stories that I hoped, prayed, would cohere.

As they began to cohere, it became apparent that the book is about history and about time, so perhaps it was inevitable that it would encompass many years and multiple generations.

Q: The book takes place in Europe, South Africa, and New York. How important is setting to you in your writing?

A: I suspect very important. I’m drawn to human geography, changes of place and what they mean and why they happen. Geography, or setting, plays a large part in the characters’ lives. 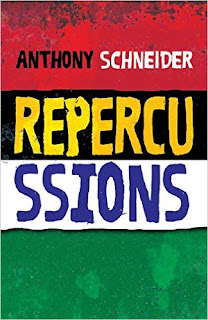 Like many of us, these are characters who are profoundly influenced by the places they live and their period of history. The central character, Henry, actually moves thrice. Born in Lithuania, he moves to Liverpool and, a few years later, to South Africa. There, he takes a stance against apartheid and the government of the country he calls home.

That decision changes his life forever. He is forced to flee (dressed as a nun), eventually settling in New York. The book is about the consequences of those actions, the aftermath of exile.

Q: The novel jumps back and forth in time. Did you plan the book out before writing it, or did you make many changes as you went along?

A: I didn’t plan it that way. That would have saved hundreds of pages! No, I wrote this book the long way, writing a lot of shreds and patches and using some but not all of them.

I had an idea where it was all going but I was also, in a way, a passenger. So, it took a while for me to work out the chronology. It was like a jigsaw puzzle.

A: What are you willing to do for a cause you believe in? And what are the repercussions? Those questions kept popping up, and so that word kept popping up.

I looked up the word repercussions, which is composed of the Latin for “strike” “back.” And that seemed just right on so many levels, encompassing the many characters and stories of the book.

Full disclosure: it was one of a bunch of titles that I liked. Permanent Press asked me to send a list of titles, and they chose "Repercussions" and gave very different but very persuasive reasons why that was, for them, the best title. It’s a bit like naming a child. Suddenly there’s a name both parents agree on.

A: I’m lost in dark woods in another novel that is taking me to Sicily and Brooklyn.