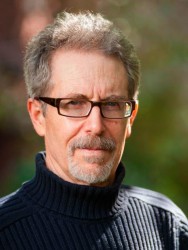 Robert Roper is the author of the new biography Nabokov in America: On the Road to Lolita and also the new novel The Savage Professor. His other books include Now the Drum of War and Fatal Mountaineer. He lives in California and Maryland, and he teaches at Johns Hopkins University.

Q: You write, “There is beauty and magic all over Nabokov’s body of work, but the claim to greatness rests most solidly on the American books.” Why do you think so, and what was the impact on his writing of his 20 years in the United States?

A: Nabokov's American books have a startling aliveness, and they "go too far," are unusually intimate, frank, and (sometimes) sexy. There's no doubt that Nabokov paid a lot of attention to contemporary American writers when he arrived here in the 1940s. Books that pushed the limits on sexual frankness were being published in America, and he noticed. 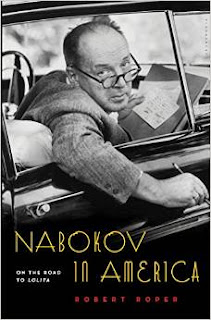 That said: the encounter with America, after having lived so long in Europe, was simply very exciting and deeply interesting for him. He explored the ENTIRE country by car, taking months-long trips especially out to the Rocky Mountain states, where he collected butterflies and hiked and saw the sights and interacted with many, many Americans.

(Compare him to other great European writers who came to the U.S. to escape World War II, such as Thomas Mann and Berthold Brecht; they were here for years but never traveled much, did not interact in a general way with ordinary Americans, and never wrote in a substantial way about the country where they had found refuge.)

Q: Do you think Nabokov could have written Lolita without having lived in the United States? 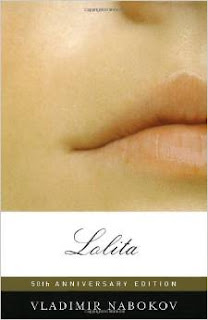 A: No, Lolita is from start to finish an American book, full of the sharpest observations about Americans, the American landscape, bobbysoxers, teenage slang from the late 1940s, talk of American cars and American pop music, American sightseeing destinations (such as the Grand Canyon and Yosemite), American movies, American advertising.

The shock of encountering a large, immensely diverse, vulgar-but-also-wonderful new country kickstarted Nabokov into the greatest creative efforts of his life.

Q: In the book, you state, “Something has gone out of American writing with Nabokov’s passing.” What is the quality that is missing?

A: Nabokov wrote hysterically funny and also very moving prose. His superb writing style is, of course, now missing from our discourse. He was also very daring and innovative in the type of books he wrote, while at the same time writing clearly and in a way that invited ordinary readers to enter his books and get carried away. 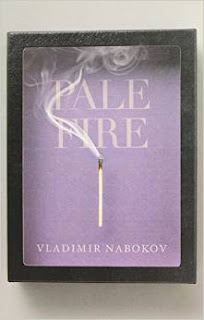 One example of his innovativeness is the novel Pale Fire, which has a very unusual premise: it begins with a long poem by a Robert Frost-like poet named John Shade, and following the poem appear hundreds of pages of commentary about the poem by a slightly demented (no, make that very demented) scholar named Charles Kinbote.

Most people don't read the book starting at page 1 and continuing straight to the end; instead they find themselves reading a few lines of the poem, then flipping to the back of the book to read Kinbote's strange but fascinating notes on the lines.

Q: You also have a new novel, The Savage Professor. How did you come up with the idea for your main character, Landau? 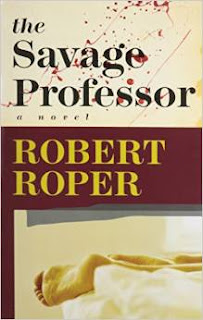 A: Yes, I have a new novel out, The Savage Professor -- it appeared only a couple months before my new biography, Nabokov in America, was published.

The main character in Savage Professor is based on an old friend of mine, a scientist, a now-retired epidemiologist, who for many years traveled the world running AIDS programs and malaria programs in Africa and Southeast Asia and elsewhere.

One summer about eight years ago I started writing a profile of this friend just for my own amusement, and it immediately turned into a story, a novel, a novel of a kind I'd never written before: a bloody thriller set in Berkeley, California, a thriller that was also a dark comedy. The novel's protagonist is a retired epidemiologist, and in many ways he resembles my old friend (but there are also important differences).

Q: Do you prefer one type of writing to the other, and do you work on more than one book at a time? 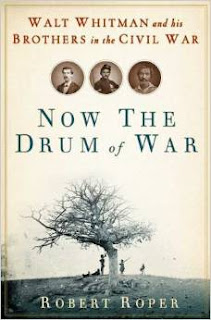 A: I don't prefer one type of writing -- I get immense pleasure from both nonfiction and fiction. Sometimes, yes, it does happen that I'm working on two (or more) things at once, working on a history book, for example, such as Now the Drum of War, my book about Walt Whitman in the Civil War, in the mornings, and in the afternoons working on a novel. Or, I might work on a nonfiction project during the school year and turn to a novel in the summers. 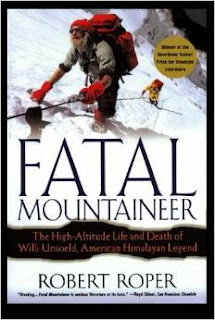 A: At the moment I'm a little exhausted, having just finished a novel and also a big nonfiction book. So I'm not really working on anything new. I'm getting a little anxious about it -- am starting to look for a new project. I'm happiest when I'm working on something that's full of interest and challenges.

A: Hope you like my new books. There's some great fun for readers to have in both of these very grownup stories, both The Savage Professor and Nabokov in America. See you in a bookstore sometime.