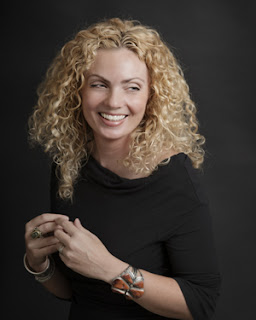 Nickole Brown is the author of the new poetry collection Fanny Says, which tells the story of her late grandmother. She also has written the novel-in-poems Sister and co-edited the anthology Air Fare. She is the editor for the Marie Alexander Series in Prose Poetry at White Pine Press, and is on the faculty of Murray State University's low-residency MFA program.

Q: You deal with some difficult topics in these poems, including racism and domestic violence. How did you separate your roles as writer and granddaughter as you wrote about those themes?

A: Good question. First of all, I think as a granddaughter, I got caught up in how I felt about these things. As someone who loved Fanny, it was easy to rail against my grandfather and the way he treated her, it was natural to want her to open her mind and quell the racist way she had of talking.

As a writer, however, I required distance; I had to find the kind of wisdom that would let me tell her story with as little judgment as possible. I needed to look at Fanny’s life as a historian might, or perhaps even as an anthropologist, examining her culture with great respect, as if it were not my own.

Of course, my own opinion about things leaked through--sometimes it was necessary to voice my own side of things--but I did have to get out of the way. My first priority was to tell her story, as perhaps she might have told it. 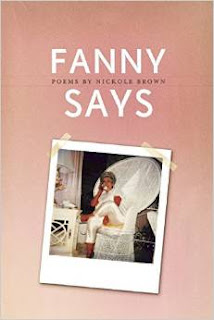 In order to do this, I had to pitch any constraints of political correctness that hindered the way and unlearn the social history she never learned in school. In short, I had to try not to write about her but be her, writing from a place that knew, from her point of view as well as mine.

Most don the mask of a persona poem in order to voice something within them that perhaps another character can articulate. However, I needed to do something quite different. I needed to step into my grandmother’s persona not to understand something about myself but to truly understand her.

The irony, of course, is that even though we were polar opposites in some ways, eventually, investigating her life and finding a way to tell her story was a way to fully comprehend myself. But isn’t that always the way with family?

Q: Your collection includes some sections that you transcribed from your grandmother’s own words. How did you decide on the book’s structure? 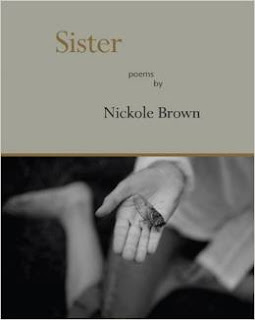 A: Ordering those poems was a doozy, no doubt. I mean, there’s a way in which the pieces are ordered in a linear fashion, but a straightforward narrative would have been misleading—I certainly didn’t come to understand her life from beginning to end, and I wanted to allow for an experience of her character that welcomed all of the complexities at once....

I begin the book with “For Our Grandmothers”: there is a way in which by telling Fanny’s story I’m hoping to give a nod to so many fierce matriarchs out there who held their families together despite all odds, and there are several bad-ass grannies I’ve known through friends that helped inspire me to this project.

The second poem, “Fuck,” is meant to introduce Fanny (and her mighty peculiar way of talking) in one big wallop. I wanted to try to explain how she used that four-letter explicative as a term of endearment and set the reader up for an investigation of not just her accent but her entire vernacular...

Q: Words play a big role in the book, and you have various poems that fall under the category of “Fanny Linguistics.” How did you come up with the idea for these particular poems?

A: I’ve always been fascinated by linguistics, by the way that various regions of the country bring us ways of speaking. To me, each has its own music and tone, and from a very early age, I knew Fanny’s voice—quite literally, my mother tongue, from Western Kentucky—was something not long for this world. 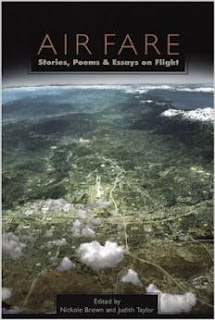 As an undergrad, I studied anthropology and did my ethnographic research by traveling to the Appalachian Mountains to talk to women and record their stories, and as a graduate student at Vermont College, my obsession continued, resulting in a long essay about approaches to dialect and colloquial speech that was eventually published in The Writer’s Chronicle way back in 2003....

Anyhow, the “Linguistics” poems take care to map out this speech by looking at her pronunciations and idioms, even taking a look back to her education and the (mis)spelling of my name.

A: Well, I do hope readers who take time to read this and think of their own grandmothers will send in a photo and profile here.

I’m encouraging readers to send in profiles of their grandmothers, especially if they have their own kick-ass matriarchs that fussed and fought their way to some kind of solid ground in this life. The page, which I lovingly call “The Bingo Hall,” is a memory wall, really, a place where these fierce women can be recognized in some small way.