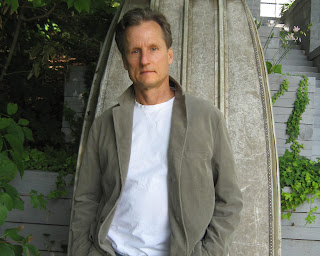 Mark Wisniewski is the author of the new novel Watch Me Go. His other books include Show Up, Look Good and Confessions of a Polish Used Car Salesman, and his work has appeared in a variety of publications, including The Southern Review and The Antioch Review. He lives in New York City.

Q: How did you come up with your two main characters, Deesh and Jan, and why did you decide to write the book from two alternating first-person points of view?

A: Deesh became a main character because I couldn't get his voice out of my head, a voice that was not only clear and urgent but also persistent for years.

I think his voice's importance to me had to do with the fact that I'd taught writing to economically deprived students, and their stories had often revealed injustice and betrayal and tragedy.

Something in me, then, sensed there were many, many Deeshes in the world, far more than most literary people care to think about, and it kept striking me that if I didn't write and revise Watch Me Go and push agents to represent it and sell it, the struggles faced by millions would continue to be pushed aside by people who live far more comfortably. 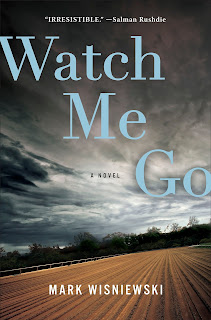 The reasons Jan became a character were less striking to me, though she knew of injustice, too, and it seemed she and Deesh could--if they listened to each other's stories--realize in a dramatic way that they had more in common than they'd first thought.

Frankly, it's such an old, dimwitted song that the haters out in the world have been singing in the past few years; these people are truly in some kind of rut; in any case I'm far more interested in people solving problems rather than creating them.

And I think that Deesh and Jan were interested in community, too, so I let them be themselves with each other--that is, tell their stories to each other conversationally, in first-person.

Q: Race is one of the topics running through the book. Why did you decide to include that as a major theme? 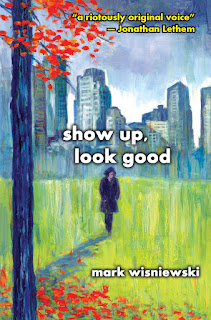 A: I think race became a theme in Watch Me Go because, for a number of years now in this country, racists have made it a theme.

In other words, Watch Me Go is about race, yes, but to me it's long been about more than race. It's about injustice and power-playing and sexism and the near-impossibility of people climbing out of desperation via The American Dream.

I suppose one can say that, now, the insistence some haters have in being racist has made much of that injustice worse. I don't know. It's all rather tragic to me. I'd hoped maybe this book could help improve matters for some, but the problems out there often now strike me as unsolvable.

Q: The book includes various settings, including Rikers Island and the world of horse racing in New York State. How did you research the novel? 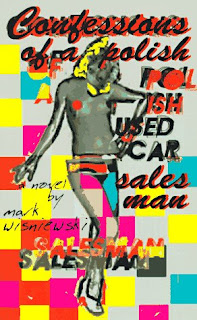 A: Visiting places. Talking to people who've spent a lot of time at those places. And then, of course, there's the old imagination.

Q: When you're writing your novels, do you know the endings before you start, or do you make many changes as you go along?

A: In the case of this novel, I made a lot of changes. But that might have been because so many agents and publishers wanted to put their signatures on this novel.

People who read it got charged up. They seemed to want to shape the plot to their specs. Either that or they enjoyed seeing how much they could make me dance. And make me dance some did.

A: Another novel. More literary suspense, this one with an antagonist who gives me the creeps. This one's less political and more of a pure thriller. My days of trying to solve society's ills are, for now at least, over.

A: Mubtaahij will probably run well in Saturday's Belmont Stakes. A fine long shot to bet across the board?