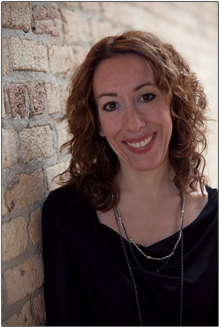 Gina Frangello is the author of the new novel A Life in Men. Her other works of fiction are Slut Lullabies and My Sister's Continent. She is the Sunday editor for The Rumpus and the fiction editor for The Nervous Breakdown, she teaches at UCR-Palm Desert, and she runs Other Voices Queretaro, a writing program in Mexico. She lives in Chicago.

Q: You dedicated A Life in Men to two friends. How did they affect you and the writing of this book?

A: One of my friends, Kathy, who died shortly after A Life in Men sold to Algonquin, was not at all sick at the time I was writing the novel. Her death of ovarian cancer happened extremely unexpectedly and suddenly, with only four months from diagnosis to death. So there was nothing about her illness or death that actually impacted the writing of the novel.

Rather, it was that I found my own life—and my grief over Kathy—eerily mirroring my own novel in the months after Kathy’s death, as I was waiting for the novel to come out. I found myself experiencing many of the emotions and behaviors Mary had exhibited, whether talking aloud to my dead friend on dark streets at night or writing to her or feeling her haunting absent presence everywhere I went, and it radically calling into question how I viewed my own mortality, decision making, and concept of time itself.

That was very different from my friend Sarah, who was a much more casual friend and someone I knew only briefly when I was younger—Sarah had cystic fibrosis, like Mary does in the novel, and she was an avid traveler, like Mary (and, of course, like I myself am). 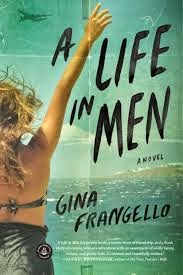 She was a kind of “creative inspiration” for the book in these kinds of ways, although when I was writing the novel, she had already passed away nearly a decade before, and she and I had not been close since we were 20 years old, so the character of Mary is based on her only “conceptually,” not in terms of any real-life-plot details.

In the end, Mary would not be more “like” Sarah than she would be like any person with a shortened life expectancy or physical struggles who is trying to live her life on as large a canvas as possible in limited time. But had I not known Sarah then I would probably never have been inspired to write this particular book.

Q: Why did you decide to structure the book's chapters around Mary's relationships with various men?

A: I wanted to structure the novel based on both geography and intimate interpersonal relationships. Each chapter has both a country and a person tied to it.

It so happens that Mary, who loses her best female friend very young, separates very volitionally from her adoptive mother emotionally, and never gets to meet her biological mother, leads an adult life wherein her intimate relationships are with men—not just lovers, but her biological father, half brother, a gay male friend…she leads a life in which her intimate terrain is somewhat male-focused, although ironically this is driven by a very deep sense of female loss—that of her birth mother and origins, and also that of her closest childhood friend, who is arguably the most driving emotional force in her life, despite dying when they are still in college.

Q: You write that you've dedicated some of the book's proceeds to cystic fibrosis research. How have people with cystic fibrosis and their families responded to the book?

A: The Cystic Fibrosis Foundation has been supportive on an individual basis, in the sense that the women I’ve met from that organization have been very enthusiastic and have attempted to be helpful to me with outreach—but the CFF is a very large organization and its prime focus, of course, is not literary, so to some extent there has also been red tape that has prevented much from really getting off the ground beyond my financial donation. 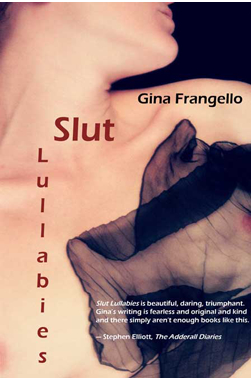 However, the novel seems to have, through other channels like blogs or friends, reached quite a few adults with CF, or parents of children with CF, and the response has quite literally blown me away.

The letters I’ve received, particularly from one woman who was diagnosed late in life like Mary is, and to whom the novel’s portrayal of a woman who is simultaneously struggling with illness while also being a sexual and adventurous person, have been…unforgettable. It’s been beyond moving.

I’ve also found out that I knew far more adults with CF than I realized, at least indirectly. A former writing student divulged to me that she has it, and we were able to discuss her barriers to incorporating it into her own work, and I have also found out that many people I know have family members with CF, or have lost family members or spouses.

This is all something that happens quite behind-the-scenes, in a very different way from, say, having a book reviewed in a media outlet…and yet it’s been, in a very core way, the biggest reward of writing the novel.

A: Wow…in many ways, and for a long time. I mean, I read medical books and articles in medical journals; I read self-help books; I read blogs and got on chat lines. 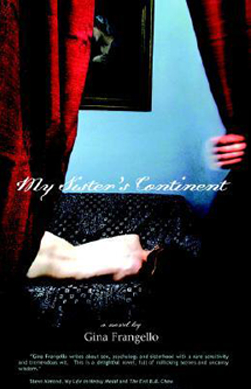 I also had to research a certain amount of the travel/countries because even though I had been to all of the 10 countries in the novel, except one, I hadn’t always been there in the same exact time period as Mary. For me, the trick was knowing when to let go of the research and give myself permission to begin entering a more imaginative space.

The vast majority of my “research” didn’t make it onto the pages of the novel. It existed more to create a psychological and knowledge framework from which to approach the writing, not so that I could actually…information-dump, if that makes sense.

I needed to gain confidence before I could write, but then I also needed to let go of some need to “prove” what I knew and allow Mary’s world, and that of those close to her, to become a breathing thing, a living space, not a regurgitation of research.

A: My new novel is called Every Kind of Wanting. I hope to finish it this summer. It’s about a gestational surrogacy…and about family secrets…and desire…and it spans 30 years and is set mainly in Chicago, Venezuela, Beaver Island and Miami.