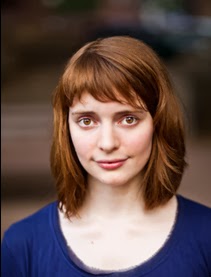 Emily St. John Mandel is the author of the novels The Lola Quartet, The Singer's Gun, and Last Night in Montreal. Her new novel, Station Eleven, will be out later this year. She is a staff writer for The Millions, and she lives in Brooklyn.

Q: Your most recent novel, The Lola Quartet, is told from the perspective of various characters. Why did you decide to tell it that way, rather than just from the viewpoint of one character--maybe Gavin?

A: When I started writing my first novel, Last Night in Montreal, it seemed to me that it would be a more interesting story if I told it from the viewpoints of multiple characters, and the habit has stayed with me through the novels that followed.

One of my interests is memory, particularly the way different people can have completely different memories of the same event, and the way our memories shift and warp over time.

There's also something interesting to me about seeing the same scene—in The Lola Quartet, it's the final performance of a high school jazz quartet on the back of a pickup truck behind the school, just before graduation—from different perspectives. 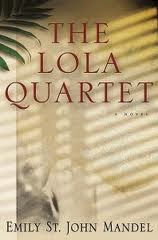 But anyway, the short answer is that I thought The Lola Quartet would be a deeper and more complex story with multiple viewpoints. At some point I think it might be interesting to write a novel from a single viewpoint, but I haven't done it yet.

Q: The Florida setting plays a major role in the book. Why did you opt to set much of the book in Florida, and how does the seemingly unrelenting heat affect the characters?

A: I started writing The Lola Quartet a few months after the economic collapse of 2008. I knew I wanted to write about that strange new world we'd suddenly found ourselves in around that time, where banks were closing at a rate of one or two a week and the unemployment rate was soaring.

Florida was particularly devastated by the subprime mortgage bubble, with abandoned and half-completed housing developments everywhere. I wanted to write about the very odd world of the brokers who deal in foreclosed real estate, so Florida seemed like a good place to set the book.

As for the heat, the only character who's seriously affected by it is Gavin. He has trouble remaining conscious in heat waves, which is admittedly somewhat autobiographical; I grew up in a much cooler climate than where I live now, and am tormented by the New York City summers.

In The Lola Quartet, I suppose one could see the oppressive heat as a sort of physical manifestation of the weight of memory and guilt that he lives with. 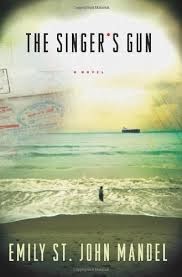 Q: Do you usually know how your novels will end, or does the outcome change as you're writing?

A: I never know how my novels are going to end. There's a certain point where you have to figure out where you're going, but for me that point doesn't come until I'm fairly far along, and the entire work remains quite flexible up until the point where it goes to press.

I've often removed or rewritten characters and changed settings and such, quite far along in the editorial process.

Q: You have a new novel, Station Eleven, coming out later this year. What can you tell us about it?

A: It's about a traveling Shakespearean theatre company/orchestra in a post-apocalyptic North America, and it's also about celebrity, our obsession with objects, memory, oppressive dinner parties, and knife-throwing.

It was very important to me to not write a horror novel, so the action of the book shift back and forth between the days just before an apocalyptic flu pandemic, and a point 20 years later when the orchestra and actors travel between the settlements of the altered world. 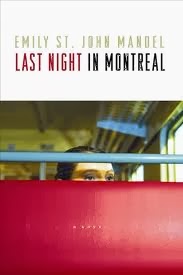 I know it will be marketed as a post-apocalyptic book, but I think of it as more of a love letter to this remarkable world in which we find ourselves, where there is civilization, order, electricity, ease of travel, and all of the other things that are too easy to take for granted.

To take just one of those things, it was fascinating to consider as I was writing it how different our lives would be without, say, a widespread electrical grid.

A: I am deeply appreciative of everyone who reads my books.