Ifeoma Onyefulu is the author of many children's books, including Ikenna Goes to Nigeria and Here Comes Our Bride, both past winners of the Children's Africana Book Award; A is for Africa; and New Shoes for Helen. She lives in London.
Q: How do you come up with ideas for your books?
A: Sometimes conversations between fellow passengers on a bus in London where I live could be the spark I need for a story, or the way someone says something on the radio.
Also, sometimes my publisher Frances Lincoln would suggest an idea, and I’d go away and think about it; an example is Ikenna Goes to Nigeria, which earned me a second CABA (Children's Africana Book Award). 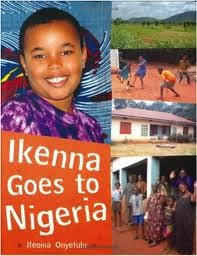 But quite often an idea would pop into my head – especially when I’m doing something less tasking – one day I was washing dishes and I heard a voice and it said My Grandfather is a Magician, so I wrote it down, but didn’t know what it meant; some days later I realised it was another book. So, I went to Nigeria in search of a place to set the book.
The texts always come first and then I’d go to any African country I think would offer me the best photos for that particular book, for example for the books New Shoes for Helen and Omer’s Favourite Place I went to Ethiopia and to Mali for my First Experience books.
Q: Why did you decide to write for children? 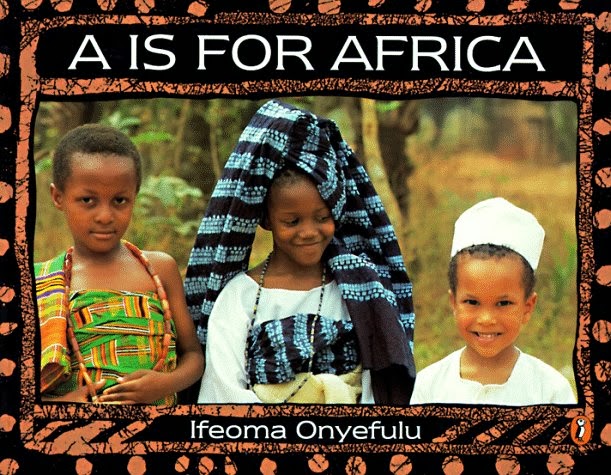 A: I decided to write A is for Africa, my first book for my son, then aged 2, to show him what it was like growing up in Nigeria. Most of the books set in Africa in our local library were about animals, a few were about people, but they were so boring.
In A is for Africa I decided to highlight the items that would best show cultural and traditional lives; for example, in this book, I is for Indigo shows the traditional way of dying clothes and M is for Masquerade, a mask and costume made to honour the spirit of an ancestor. 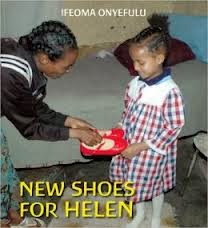 Some of the items in the book were not strictly about culture, but are some items familiar to people who aren’t from Nigeria or Africa, for example, C is for Canoe and D is for Drums, and yet there are lots that are still less familiar, and ideal for discussions in the classrooms.
When I do workshops I like to tell children about how I write, and I often bring along my writing pad, which are full of crossed-out words and terrible writings and of course some proofs complete with hand written notes by my editor.

I also do storytelling; ghost and animal stories are usually popular, and of course the cunning tortoise features heavily.
Q: What are you working on now?
A: Actually, I’m working on online short stories. I’ve written two at the moment – The Goat that Vanished and What the Orange Seller Saw.

The Goat that Vanished is set in a village where the elders used to command huge respect; anything they ask is given to them unopposed but when they demanded a gift of a cow, as was the tradition when someone well known died, young people there refused. They preferred to give them a goat instead. Unfortunately the delivery of the goat didn’t go according to plan.
What the Orange Seller Saw is about a boy, who discovers lots of money hidden beside an old barrel, while selling oranges for his mother, and decides to keep it. Soon, two men on motorbike, who had hidden the loot, gave chase. 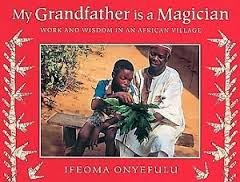 I’m also working on another book, which will be illustrated with my photos and set in a city like Lagos. Finally, I’d love to do a photography exhibition in America.
--Interview with Deborah Kalb
Posted by Deborah Kalb at 2:01 PM