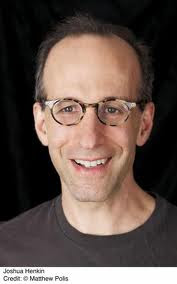 Joshua Henkin is the author of the novels Swimming Across the Hudson, Matrimony, and, most recently, The World Without You. He is the director of the MFA Program in Fiction at Brooklyn College.

Q: How did you come up with the various members of the Frankel family (the main characters in The World Without You) and their story?

A: It’s a mystery to me, as is true of everything in fiction. I simply sit down every day to write. Which isn’t to say that what I write initially is any good. It’s far, far from good, but it has to be bad before it can be good. I don’t map out my work in advance because if you do that you’re injecting your characters into a preordained plot and you get what a friend of mine calls Lipton Cup-a-Story.

I don’t base my characters on actual people, but I’m someone who’s interested in people, who listens and watches carefully, and if you’re someone like that, then the things you pick up in daily life get filtered into your fiction, though in ways that are often unrecognizable to the reader, or even to the writer himself.

Q: How much was Leo’s death inspired by the death of journalist Daniel Pearl?

A: Consciously, not at all. Flannery O’Connor once said that a fiction writer needs a certain measure of stupidity, and I think that’s true. After The World Without You was written but before it was published, my agent said to me, “What are you going to say when people ask you about Daniel Pearl?” and I said, “Oh, come on, no one’s going to ask me about Daniel Pearl,” and of course it’s the first thing people ask me. I wrote an essay for The Daily Beast, called “The Inadvertent Roman a Clef,” about having written a novel based on Daniel Pearl without having realized that I’d done so. 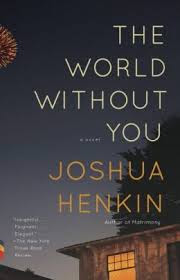 Q: The book is told from the perspective of Leo’s mother, sisters, and widow. Why did you decide to structure the book from the viewpoint of several female characters?

A couple of years ago, I gave a reading from an early draft of The World Without You, and I was reading with a woman novelist who read a section of her novel told from the perspective of a man. When the reading was over, she, too, was asked the gender question, and she said, “Are you kidding me? I spent half my life flirting with boys. I know them far better than I know girls.” 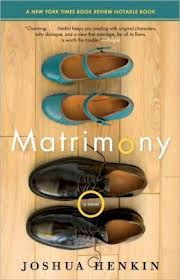 She was kidding, sort of, but I think there’s a real truth there. In a lot of ways it’s easier to write from the perspective of someone different from you. We’re so close to our own experiences that we don’t see ourselves as clearly as we see others.

Q: The World Without You has decidedly political overtones, but combines them with issues that pertain to one particular family. What do you see as a good balance between the personal and the political?

If, on the other hand, by political overtones you mean a political point of view, then I disagree. There is absolutely no message, political or otherwise, in The World Without You. Fiction that has messages is bad fiction.

Which is not to say that I don’t have strong political opinions. My father was a professor of constitutional and international law at Columbia for fifty years. My mother is a human rights lawyer. You didn’t survive my family’s dinner table without having strong political opinions. But as a novelist, I check those opinions at the door. You should be able to finish The World Without You and not have any idea how I feel about the Iraq War or any other matter of electoral politics. 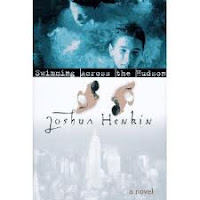 Q: Why did you decide to set the story over the July 4 holiday weekend in 2005?

A: I wanted The World Without You to take place one year after Leo’s death so that the pain is still raw but not so raw that things haven’t happened in the interim. I wanted the book to be about the struggle to move on (some of the characters are moving on and others less so, and it’s in that gap between how the various characters are or aren’t moving on that much of the novel’s tension resides), and if I’d set it a day after Leo’s death, then no one would be moving on, and if I’d set it twenty years after Leo’s death, his dying would be at too great remove for there to be the kind of tension I want.

As for July 4th, specifically, I’m interested in contrast, and I wanted to see what it’s like for characters to be mourning while everyone else is celebrating—and celebrating American independence, specifically. None of the characters is anti-American, exactly (except, perhaps, for Amram and Noelle), but I think celebrating America in the context of the Iraq War has particular meaning for these characters and this leads to conflict between them. And conflict is essential in a novel. It’s the lifeblood of fiction, it seems to me, because it’s through conflict that a novelist explores character.

A: I’m in the early stages of a long, multigenerational novel. I’m also writing some short stories, which I haven’t done in a long time, and I’m really enjoying writing them.