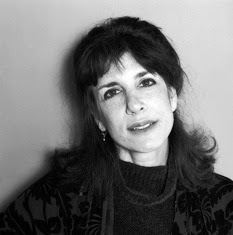 Claudia Roth Pierpont is the author of the forthcoming Roth Unbound: A Writer and His Books, a study of the novelist Philip Roth, who is no relation. A longtime staff writer for The New Yorker, she also is the author of Passionate Minds: Women Rewriting the World, a collection of essays. She lives in New York City.

Q: Why did you decide to write about Philip Roth?

A: The simple answer is that I think he’s a great writer, one of the greatest novelists of the century. I was working on a collection of pieces about American figures that was published in The New Yorker. I wanted it to end with him.

I met him, and he was accommodating and easy to talk to; I thought, This is the chance of a lifetime! It seemed like an opportunity I’d be mad to pass up. It was going to be an essay, and it kept growing.

Q: As someone who knows him and has become a friend of his—you are one of the people to whom he’s shown his work before publication--was it difficult to be objective about his work and his life as you were working on the book?

A: I decided that no matter what, it had to be completely objective, and he knew that. He still hasn’t read it. I didn’t want to feel that kind of pressure. The book falls on the deep side of admiration, but even the greatest writers have books that don’t work.

Mostly I’ve written about the dead. You have to work that way, or it’s worthless. He never looked over my shoulder.

Q: So he still hasn’t read it?

A: I’m nervous about that!

Q: What do you think he will say?

A: I’m not prepared to say.

Q: Did anything you learned about him or his work particularly surprise you? 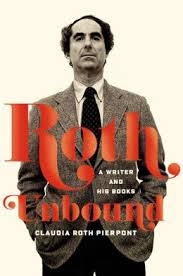 A: I’d read all his work at least once. Now I’ve read the body of his work three times. About his work—the way great books hold up to three readings—it was a pleasant, happy surprise.

With American Pastoral, I read it once if not twice before I realized that he repeated things [from different characters’ perspectives], from love and then from hatred. He reveals what happened at the start. [The books] reveal more on rereading. That was a great thrill.

When you do a project, you live it very intensely. I’m a journalist, and usually I spend four or five months on a piece. This was a two-year project. It never got to be exhausting.

Q: What about Roth as a person?

A: Contrary to what [some] people think they know, he’s a wonderful person, easygoing, he was generous with me—he was so happy to talk about books, whatever he’s reading about. He’s a great conversationalist, open and warm. It was a process without any real problems in it.

He trusted me—I was already a reader of his work—but we agreed, there would be no checking of me. We would not argue. He’s been through a lot—he’s seen everything the critics have to say and then some.

Q: Roth’s early work faced criticism from many American Jews. Did that negative perception change over the years, and if so, how?

A: It has changed a great deal….Those first stories came out in 1959; it was a different period for American Jews.

I know he was shocked by the reaction. He thought…it’s OK to show American Jews with normal flaws. At the time, we were too close to the war, the wounds and the pains were still fresh. We can’t have these flaws. We have to be so perfect because they have to like us. Roth’s feeling was, No, you don’t. This is a country that makes you not have to feel that way. That’s what literature has to show.

He was ahead of that, and people have gotten far past that. There was a time when Jews perceived themselves as the immigrant group. Now, there are so many immigrant groups. These are human stories. It wasn’t as though everybody felt that way [critical of Roth], but some did. To me, there’s been a big change in his perception [by American Jews], and in [their] comfort level and praise.

Q: You discuss the criticism he has received for his portrayal of women. What is your sense of how he depicts women in his books?

A: I had never intended to single it out as a subject until I sensed a disparity in what I was reading and [what others perceived]. His books are filled with really first-rate and compelling, interesting female characters. The eyes of the protagonist looking out often see extraordinary women characters—Amy Bellette, Faunia Farley, Brenda Patimkin. There are all kinds of three-dimensional, sexy or not sexy, intriguing [characters]…

I think he has been given a tremendously unfair rap. A lot of things get passed on and become an accepted way of talking about something. But I have sat down and read this work end to end. I’ve written a book about women; I care about female characters, and [his] are alive to me—they compete with the female characters created by women writers. That [attitude] is changing too.

Q: Do you have a favorite among his books?

A: The book I fell in love with first was The Ghost Writer. It’s an extraordinary book. Sabbath’s Theater—that may have the most extraordinary language. The Counterlife, Operation Shylock, American Pastoral…

From the time he wrote The Ghost Writer, in 1979…he wrote nothing that wasn’t interesting at least. It all sort of catches fire. He’d wanted to write about Anne Frank forever, and he found a way to do it.

The Anatomy Lesson—the last scenes are as great and funny and tragic as anybody has written.

Q: He often uses “counterlives,” as you write about, or alter egos, in his work. What do you make of that?

A: He writes about it in The Facts—a lot of that book is straight autobiography. His voice is supple and fine, [but] it doesn’t have the outsize sparkle that the others have. He “submits” the book to [fictional alter ego] Nathan Zuckerman, and Nathan Zuckerman says, You need me.

Fiction is an enlargement of many things in life. To move off into fiction is huge. It’s in imaginative feat, and this is his way of doing it—[the use of] masks. You can be shameless, free to say anything, you’ve left your own inhibitions behind.

Especially with Portnoy, [some people had] a sense he was talking about himself, but his voice is so intimate that he creates an illusion that it is he, Philip Roth. It has created masses of confusion.

Q: What about the portrayal of his family in The Plot Against America?

A: That’s one book he said was the [closest] to his family. There’s a cousin in the book that doesn’t exist, but his parents are the closest. The plot is so farfetched, that he thought, I’d better ground this to earth as closely as I can.

Q: Do you think he will write another novel, or has he truly retired?

A: Your guess is as good as mine. My feeling is that he has retired. He’s really enjoying his life, his friends, being able to read, the freedom that he has. [But] he is a writer at heart [so I’m not ruling it out].

--Interview with Deborah Kalb. This interview was done in collaboration with Moment magazine. For more, please see www.momentmag.com.
Posted by Deborah Kalb at 12:09 PM