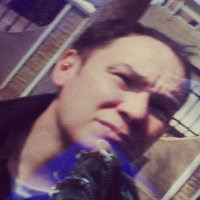 Jamie Ford is the author of the new novel Songs of Willow Frost, and of the bestseller Hotel on the Corner of Bitter and Sweet. He lives in Montana.

Q: What research did you need to do to create the characters of Willow and William, and to recreate Seattle in the 1920s and 1930s?

A: I’ve always had a fascination with that time period because of prohibition, the flu pandemic, the fear of communism, fascism, socialism, basically anything with an –ism attached—and just the general confluence of cultures at the time.

So I have a small trove of newspapers, magazines, maps, and books related to Seattle and that time period, even old yearbooks. It’s fascinating to see what teenagers were writing to one another back in 1921.

Also, places like Seattle’s Museum of History and Industries and the Wing Luke Asian Museum are always inspiring. 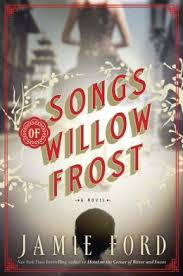 Q: Is Willow based on an actual film star?

A: Willow isn’t based on any one person. But I’ve always felt for actors like Anna May Wong and Lincoln Perry (Stepin Fetchit) who were lauded as breakthrough stars and then later shredded for the stereotypes they reinforced.

I think we can learn a lot about a society in transition by looking at these characters, rather than pretending they didn’t exist—Anna May especially, since she never seemed to have found true love or acceptance anywhere.

Q: Did you know what would happen in the book before you began writing it, or did the plot change as you wrote it?

A: I always know––that’s just how I work. I start from a premise, basically a beginning and an ending. Then I make up the juicy middle as I go. The ending is important because it becomes my magnetic North. It keeps me from straying too far afield. But I still write with an aspect of discovery, which makes the process enjoyable.

A: Charlotte. She’s a nod to my wife, who is also a ginger, and was an equally precocious child. 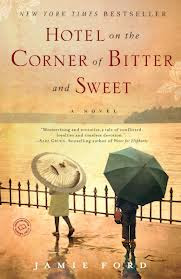 A: I’m actually working on new material for the road. I sound like a stand-up comedian, but I do put a lot of time and creative effort into the talks I give when I’m on tour. I definitely consider it more of a performance than a traditional reading, so that’s what I’m doing at the moment. Working on my interpretive dance, so to speak.