Daniel Klaidman, a longtime journalist, is the national political correspondent for Newsweek and the Daily Beast. He is the author of Kill or Capture: The War on Terror and the Soul of the Obama Presidency.

Q: How do you think law enforcement and government officials handled the events in Boston this past week?

A: I think quite well in a number of different respects. First, the FBI was absolutely methodical in the investigation; they acted very quickly…. Their first priority was to protect the public from other attacks, then figure out who did it, then capture them, and eventually prosecute them. It strikes me that they threw an enormous amount of resources at this case….

It’s a difficult dilemma: whether to release the photos [of the suspects. Law enforcement] benefited from all the technology; there were so many images of the Marathon, they were able to go through the pictures very quickly, and use technology to make the pictures as clear as possible. Within hours of the blast, they were fanned out at Logan [airport in Boston looking] for people were leaving the city [after being at the Marathon], to get their camera phones [and check for photos]. I’m not sure [there was a photo from those people at Logan that] made a difference, but it tells you how painstaking they were. It was very impressive.

Q: You raise the question, "Can you kill or capture bad guys wherever you find them while staying true to American values and the rule of law?" How successfully do you think the Obama administration has handled that issue, and how was that question relevant this past week?

A: I was thinking about that this morning. The book is called “Kill or Capture” because it goes to that very difficult dilemma that America is dealing with. If you’re in a position to capture a suspected terrorist, what do you do with him? The politics of detention in the war on terror is very polarized…

[One] theory [holds] that the administration has decided it’s not going to capture terrorists, it would rather kill them, because it didn’t want to deal with the politics of detention.

All those issues are now coming up in this particular case….The administration, with four years of experience, is now much more confident in how to handle these types of cases; there’s less hand-wringing over how to handle them….

Q: What would you say are the biggest similarities and differences between the Bush and Obama administrations' approaches to fighting terrorism?

A: You have to remember the climate these administrations operated in. The Bush administration, at least the first year after 9/11—the country was still traumatized, there were worries about major follow-on attacks. They were operating in a climate of fear. It would be hard to know how any other administration would have reacted.

Having said that, there are very significant differences. First, the Bush administration from day one, in a pretty dogmatic way, said: We’re changing the paradigm in terms of law enforcement, we are at war; the criminal justice system is not tough enough to deal with the threat that we are facing. The Bush administration went down the path to war, and it led to controversy: enhanced interrogation techniques, Guantanamo, were all justified by the notion that we were at war. 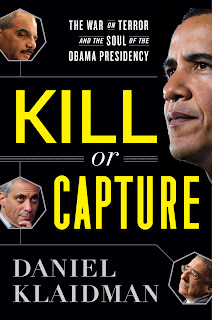 It wasn’t only about idealism, it was hard-nosed pragmatic reasons as well. Sometimes the criminal justice system is more effective. Look at the 9/11 cases that are languishing in Guantanamo. The military commission system is very untested; [people are] not sure certain legal theories can be used to prosecute terrorists. It’s a hybrid approach. That is a significant difference.

There are others as well—the rhetoric, how the Obama administration talks about these issues. What was striking about Boston was Obama’s emphasis on resilience: We’re not going to be terrorized. The conviction that you play into terrorist hands if you have a hysterical response to terrorist attacks. You saw that very much on display when he talked about the attack.

Q: What about the idea of shutting a city down, as Boston was last Friday? Would that strategy be used again?

A: It will be [decided] case by case. But there is a danger when you lock a city down, that it sends a message to the terrorists. For a lot of terrorists, what they wanted was to cause as much economic damage to the U.S. as possible. AQAP [al Qaeda in the Arabian Peninsula] has said, we don’t need to do a spectacular attack in the U.S.; a couple hundred dollar [attack] can cause panic.

On the other hand, having an armed terrorist on the loose, it doesn’t strike me as an overreaction to shut down a city for a particular time. They lifted the lockdown before the second suspect was caught. How was he caught? When the lockdown was lifted, a resident walked out of his house and found the guy. Sometimes it takes a whole community to catch a terrorist and bring the person to justice. It can work either way.

Q: Was there anything that particularly surprised you in the course of your work on Kill or Capture?

A: There were lots of things that surprised me. What I tried to do was to focus on the human dimensions of national security decision-making, and the struggles inside the administration about balancing law, security, and morality. I was surprised at how wrenching these decisions were. It was heartening in a way.

Obama was elected in part to wind down the wars of 9/11, get out of Iraq and [eventually] Afghanistan, yet he faced a continuing threat. It was hard to find a way to balance the interests. The drone campaign was appealing to him.

Q: Do you expect any changes in how the Obama administration deals with terrorism and counterterrorism issues as his second term continues?
A: Yes, and the Boston case was reflective of that. It’s hard to capture terrorists. They tend to be in remote areas, or in countries where we don’t want boots on the ground. With captures, including this case in Boston, the administration said we are going to try these people in civilian courts, we’re not going to send them to Guantanamo. They have developed more confidence in these cases. The American people by and large have been supportive. That’s a trend we’re going to see continue. Not to say that there won’t be a case of an al Qaeda [leader] being caught, and [in that case] maybe they would decide to put him in a military commission. …

Another thing that bears close watching is what happens to the drone program over the next couple of years. It’s become more and more controversial. There’s a growing level of [concern] in the administration that if they want to maintain public support, they are going to have to be more transparent.