Robyn Harding is the author of the new suspense novel The Arrangement, which focuses on a dangerous relationship between a young woman and a wealthy older man. Her other novels include The Party and Her Pretty Face. She lives in Vancouver, British Columbia.

Q: How did you come up with the idea for The Arrangement, and for your character Natalie?

A: The idea was inspired by a news article I saw about how many sugar babies there are in my hometown of Vancouver, BC. At the time of writing, UBC (the university just a few minutes from my house) had the most in the country. 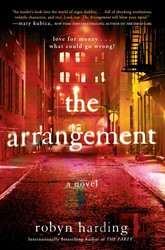 I wanted to explore what drives a young woman to get into that life, and how it could lead to emotional and physical jeopardy. I wanted to create a relatable protagonist in Natalie. I grew up in a small town like she did, and when I moved to the city, I was very naïve. I can understand how she got in over her head.

A: I hope readers will see how an average girl can end up selling her sexuality for money. I think removing the stigma of the sugar bowl (and sex work in general) makes it safer for women. They won’t be ashamed to tell a friend or family member where they’re going or who they’re with. And I hope that my novel will spark the important conversations that are finally being had about female sexuality and empowerment. 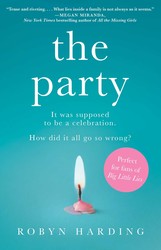 Q: What are you working on now?
A: I’m currently finishing up a manuscript about a couples’ swap that goes very, very badly. Open relationships are becoming increasingly common. As a thriller writer, I wanted to explore how it could all go so wrong.

A: I did a lot of research for The Arrangement. I created an online profile for my character on one of the sugar dating sites. Within minutes, I had numerous messages from “daddies” offering my character $400 for a glass of wine, a thousand-dollar allowance to see them once a week, and some were suggesting weird sex games. What an eye-opener!

I also chatted with sugar babies who were really open with me about how it all works. It’s a fascinating, sometimes dangerous, place.