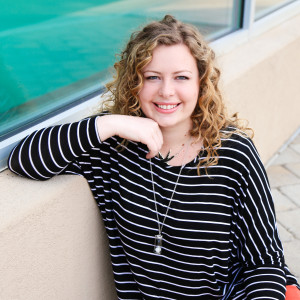 McKelle George is the author of the new young adult novel Speak Easy Speak Love, an updated version of Shakespeare's Much Ado About Nothing that takes place in the 1920s. She is a reference librarian at the Salt Lake City Public Library, and she lives in Salt Lake City.

Q: How did you come up with the idea of a young adult version of Much Ado About Nothing set in the 1920s?

A: Even though I hated Shakespeare in high school, I saw some amazing adaptations on a study abroad in the UK at the RSC and the Globe.

Much Ado About Nothing has always been my favorite play–and deals with feminism in different ways with the parallels of Hero and Beatrice, and because women had just gotten the vote before the 1920s and there was a new idea of what it meant to live and be alive, it’s a great decade to play around with those themes.

Q: What kind of research did you need to do to recreate the era, and did you learn anything that especially surprised you? 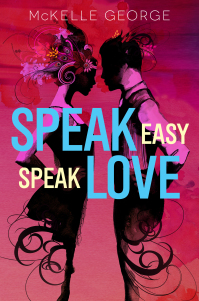 A: I could research all day long. The 1920s are great because there are still some original film reels and records from the actual time. I find that letters are a better way of gauging how people spoke to each other than novels, if you can find them.

Once in a while, real-life facts helped inform the plot, or a detail I unearthed helped solve a minor plot problem, so it worked out! My favorite thing was definitely unearthing real life Prohibition agents Izzy and Moe—who became Dogberry and Verges. I would also add that when doing a retelling, it’s helpful to look up adaptations of the original source material.

Q: What did you see as the right balance between Shakespeare's original play and your updated retelling?

A: Well, as is typical in a Shakespearean comedy, everyone ends up married at the end. And a crucial part of the plot centers around Claudio and Hero trying to get married the first time . . . None of that really works for a book focused on teenagers (though they were often teenagers in Shakespeare’s time).

There were also questions I had about the play (for example, what is Don John’s deal, really? And why would Hero take Claudio back?) that I wanted to answer.

A: Right now I’m working on a gothic fairytale, and also a sail-punk reimagining of the Arthurian legend with a few twists.