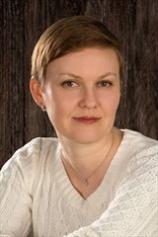 Sarah Miller is the author of the new novel Caroline: Little House Revisited, which focuses on Ma Ingalls from Laura Ingalls Wilder's Little House books. Miller's other books include Miss Spitfire and The Borden Murders. She lives in Michigan.

Q: Why did you decide to focus on Caroline Ingalls as the protagonist of your new novel, and why did you choose 1870 as the year in which your book would take place?

A: Ma Ingalls is the person you get to know the least in the Little House books. She’s the most soft-spoken, and virtually never (ever?) reminisces about her own life before marrying Pa. Her reactions are almost always subdued.

But that doesn’t mean she feels things any less keenly. Consider the moment in Little House on the Prairie when Pa is a day late returning from a trip to town, 40 miles away. Laura wakes in the night to find Ma sitting in her rocking chair with Pa’s pistol in her lap, keeping vigil for his return.

Reading that scene as an adult made me realize that for all her outward calm, Ma is barely holding it together. Once I started to wonder what was going on behind that placid facade, I couldn’t resist looking closer.

As for starting in 1870, I’m not entirely sure how intentional that decision was. My initial research certainly wasn’t confined to the Kansas period alone. It may have been more a matter of pacing — once I got rolling it became clear that I wouldn’t have time or space to cover more than the Kansas year in a single novel.

Consider: it takes me 161 pages to cover the same events that Laura Ingalls Wilder describes in the first 37 pages of Little House on the Prairie.

Conveniently for me, this segment of Ingalls history is also familiar to almost anyone with even a cursory knowledge of Little House. At the same time, it’s a moment where someone who’s not at all familiar with Little House can enter Caroline’s life without needing heaps of context and backstory. 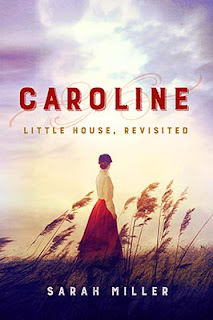 Q: What did you see as the right balance between the "Ma" in the Little House books and your own version of Caroline?

A: That I had to do largely by instinct. If my Caroline isn’t immediately, completely familiar to anyone who loves Little House, they’re not going to make it to the end of the first chapter. So in that sense I had to be very faithful.

But while there are clear limits to what Ma might say or do, there are far fewer restrictions on what she might think or feel. For instance, Ma would never mention that she had known hunger or poverty as a child, yet I can’t imagine those memories were far from her mind when provisions ran low in her own pantry.

It was also helpful for me to remember that Laura Ingalls Wilder’s version of her mother isn’t the full picture. Not only is our perception of “Ma” filtered through the eyes of a child, there’s a third factor in this equation: the real Mrs. Ingalls. She was probably not 100 percent identical to the Ma of Little House. I want my Caroline to nestle comfortably between the two.

When you fictionalize the lives of real people, you have to get used to the fact that you’ll never know if you got the character “right.” Only Mrs. Ingalls herself could tell me that. The best I can hope for is that reading Caroline will make people feel some of the same emotions they felt while reading Little House. 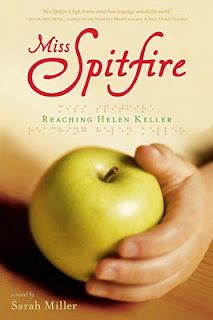 A: I read all of Laura Ingalls Wilder’s handwritten manuscripts, including her then-unpublished memoir, Pioneer Girl, and compared them with biographers’ research, learning where fact and fiction melded and diverged.

I collected heaps of literary and social criticism of the Little House books, which made me aware of the many ways (both positive and negative) Wilder’s stories have embedded themselves in our collective consciousness and culture.

I read histories of the Osage Nation by John Joseph Mathews, Louis Burns, Willard Rollings, and Garrick Bailey, as well the 1870 and 1871 annual reports of the Board of Indian Commissioners. I pored over the diaries of women who had traveled west by wagon in the 1800s.

And then, because I’m what friends like to call a “method writer,” I drove to Missouri, Kansas, South Dakota, Minnesota, Wisconsin, and Iowa, to see the sites of the Ingalls family’s lives, where they were born and where they were buried.

I learned to crochet so I could replicate a piece of Mrs. Ingalls’s own lacework that I’d seen on display in Missouri, as well as a shawl I saw in South Dakota — both of which appear in Caroline. I made myself a calico dress. (I thought I could sew the whole thing by hand. I was wrong.)

I bought — and wore! — a corset. I lent a hand in butchering livestock and wild game, rendered lard, fried salt pork, roasted a rabbit, and tasted head cheese. I haven’t yet made maple sugar, but I intend to.

In terms of surprises, I found it especially intriguing that in spite of her own strict compliance with the manners and expectations of the day, Mrs. Ingalls somehow made sure her daughters were as educated and as self-supporting as their individual circumstances allowed. 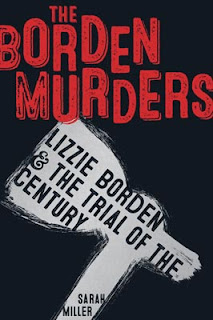 It’s obvious from the Ingalls girls’ real-life biographies that gaining an education and pursuing an occupation was prioritized over finding a mate and settling into the stereotypical Victorian-era role of wife and mother.

Mary went to college for the blind where she learned to make beadwork, lace, hammocks, and fly nets. The rest of the Ingalls sisters made their way in the world as journalists and schoolteachers before marrying.

All of them seem to have acquired a notion that it was OK to nudge at the boundaries of what was expected of women at the turn of the century.

A: Little House in the Big Woods. I think. It’s hard not to say On the Banks of Plum Creek. But I love the sugaring off dance in Big Woods. The food, the dresses — the jigging contest between Uncle George and Grandma!

And also that tiny glimpse of Ma abandoning herself to the pleasure of dancing. For just an instant even 5-year-old Laura seems to grasp that there’s more to her mother than she’s seen before.

Yvonne, Annette, Cécile, Émilie, and Marie Dionne were born in May of 1934 in a farmhouse in northern Ontario. As the world’s first surviving set of quintuplets, they were an overnight media sensation.

When the children were 10 months old the government seized custody of them, ostensibly to protect them from exploitation...and then built a zoo-like observatory where tourists could watch the five identical sisters at play twice a day. And that’s just the first half of the story.