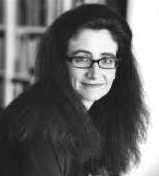 Jacqueline Carey is the author of five works of fiction, including It's a Crime, The Crossley Baby, and The Other Family. She is married to the writer Ian Frazier, and lives in New Jersey.

Q: Why did you decide to focus on corporate crime in your most recent novel, It's a Crime, and do you consider it a mystery novel?
A: It’s a Crime is about a good person benefitting from a bad situation.  This seems to reflect the state of the US today.  Americans are, on the whole, brave, decent, and well-meaning.  Yet the inequality between the rich and everyone else has gotten so large it is simply immoral, and this situation is accepted, even celebrated.

Corporate crime seemed a good, specific stand-in for these social ills.  In January of 2002 Paul Krugman said that the collapse of Enron would change us more than 9/11, and I think that has proved true.  It wasn’t only Enron that turned out to be a fake, it was the whole inflated financial system. 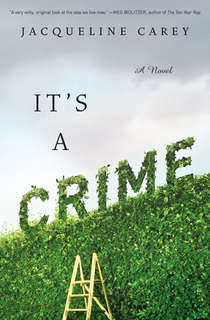 The heroine of It’s a Crime has flourished because of her husband’s participation in an Enronlike accounting crime.  I wanted everyone to identify with her.  She is a kind and thoughtful person.  She also goes through incredible gyrations to try to make sense of a situation that deep down inside she always knew was wrong.

It’s a Crime is not a mystery.  It is not even a crime novel in the usual sense.  It starts where a crime novel would end: when the culprit is brought to justice.

What comes next is only fallout.  There are no answers.  If the book is moving toward anything, it is toward acceptance of its own title.

Q: You have written about mysteries for Salon.com. Who are some of your favorite mystery writers, and what do you like about them?

A: I love mystery novels, and I like and admire many different kinds of mystery writers. Some contemporary names that come to mind are Laura Lippman, Walter Mosley, Sara Paretsky, Ian Rankin, and Tana French.  I’m going to add James Crumley and Sarah Caudwell, because I wish they were still alive, and Michael Malone, too, because I wish he were still writing.  Ross MacDonald is probably my favorite of all time.  The books of these writers are intensely flavored and passionate, with satisfying twists.  They deliver whole new worlds as they rearrange your head.

I also have a deep affection for a slew of what I call “martini mysteries” from the forties, fifties, and sixties. These are generally short, urban, sophisticated, and full of dread, without the preciousness of the cozies or the sadism of the hardboiled.  Their satisfactions come more directly from the upending and then the restoring of order.

Q: Your previous novel, The Crossley Baby, deals with two sisters vying to keep the baby of their late sister. What kind of research did you do to write that novel?

A: The sisters are on the one hand a high-powered corporate headhunter and on the other a stay-at-home mother married to a landlord in East Harlem, so the research was really fun.  The most fascinating person I talked to was an Upper East Side socialite who tried to show in the eighties that responsible ownership was the best way to turn an East Harlem apartment building profitable.  It did not exactly work out for her. 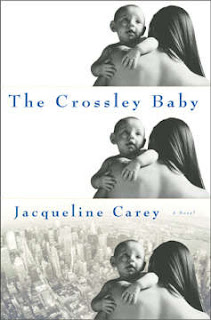 What I have found doing research for all my books is that if you want to eavesdrop, you can pretty much go anywhere as long as you’re dressed somewhat formally and you are openly carrying a yellow legal pad.  People assume you fit in one way or another.

Q: Do you have a favorite character among your creations, and do your characters remain with you once you've finished writing about them?
A: Probably my favorite character is in It’s a Crime: the heroine’s mystery writer friend Virginia Howley.  Although my creations are all in some sense portraits of myself, Virginia was also based on an old and very dear friend who was dying as I worked on the book.  Writing about her was a way to keep her alive.  I like all of my characters, which is probably a weakness.  I am far too easy on them.  I still think about them and refer to stuff they did.

A: I enjoyed describing the books by the mystery writer characters in It’s a Crime so much I often wished that that was what I was doing.  So I switched.  Recently I’ve written a number of short mystery stories set in Sarasota, Florida, in the year 2048, when climate change has meant coastal erosion and flooding and severe infrastructure damage.  Police detective Eureka Kilburn started out as a climate refugee herself, having been chased out of St. Thomas by a mudslide.  By the time she gets to Sarasota, a large percentage of its population has already left to move even farther north.

The premise is that Florida has been pretty much left behind by the upcoming technological revolutions, so I can concentrate on creating and solving mysteries with logic and observation rather than with microscopes or the kind of super duper crime fighting equipment that may be available in the future.

Alfred Hitchcock Mystery Magazine published “We Don’t Call It Stolen Property” at the beginning of the year.  Sherlock Holmes Magazine will soon publish “We are Upside Down and Inside Out” and “We Hate the Taste of Jellyfish.”   The Eureka Kilburn titles start with “We” because this is one situation we really are all in together.

A: You can find out more information -- and get in touch with me -- at www.therealjacquelinecarey.com.