Rhoda Janzen is the author of two memoirs, Mennonite in a Little Black Dress and Does This Church Make Me Look Fat?, and a poetry collection, Babel's Stair. She teaches at Hope College in Michigan.
Q: Your memoirs deal with very serious topics, including religion and cancer, but your writing also is very funny (as are the titles of both your books). How do you balance the humor with the serious subjects you're writing about?
A: Ah. If we can’t use a sense of humor for serious subjects, then it’s not good for much, is it? Besides, a lively sense of humor chips away at self-importance. I know plenty of people who take themselves seriously all the time, but Lord, why would anybody want to? Traditionally, religion has been funny only to the non-religious; cancer to the cancerous. Time to mix it up!
Q: How difficult was it to write about such personal topics, and how did your family feel about being included in your books? 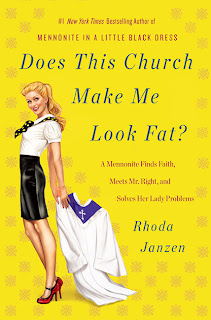 A: I suppose that some authors are writing about personal topics in order to be heard or seen—that is, in order to be known and affirmed. That would be hard because it would produce paltry results. Where would it lead, except maybe to more of the insecurity that insisted on affirmation in the first place? Remember, I’m an egghead literature professor.  I don’t use personal material in order to be known. I use it to invite a conversation larger than self.
On the whole my family has been gorgeously supportive. Thank God my parents have a great sense of humor.  My husband, a former hoodlum, doesn’t read much. But he’s perfectly cordial to people who do.  “If you think folks wanna hear about me sellin weed outa my parents’ garage, knock yourself out, Honey.”
Q: You write that there are "several theological points" on which you disagree with your new church. What are they, and do you feel that you're able to be part of it despite those disagreements?
A: Perfect church unity is a myth, like Shambhala. You know all those stories of hopeful explorers traipsing up and down the Himalayas, hoping to discover the lost city? Finding Shambhala isn’t the point of the story. The point is that nobody finds Shambhala—not now, not ever.  We’ll never find perfect concord in any group or organization. And we’re not supposed to. The idea of church is to maintain peace in spite of disunity. That’s why I’ve chosen not to focus on disunity.  I want to do my small part toward making my church a place of refuge and comfort. 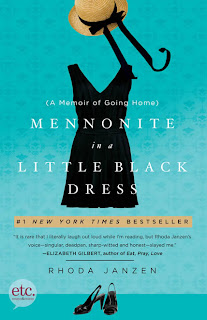 Sure, I can still be a part of it. In fact one of the reasons I’m thriving now is that I’m learning the value, the intentional practice, of mouth control. Think of a marriage or a domestic partnership.  In every working relationship, there are annoying habits, flaws and fissures. These things piss us off and chip away at our peace of mind. Some of the pissy things are big, and some just seem big.
In the long run, which helps you to be happier: focusing on the pissy things that divide you, or focusing on the positive things that unite you? It’s the same with church, or work, or the fiscal cliff.  It’s not that you don’t see the flaws. But by practicing a little mindfulness, you don’t have to see only the flaws.
Q: As a poet and memoirist, do you prefer one type of writing to the other, or are there things about each genre that you especially enjoy or find challenging?
A: I love both forms, but I’m not gonna stop with two! 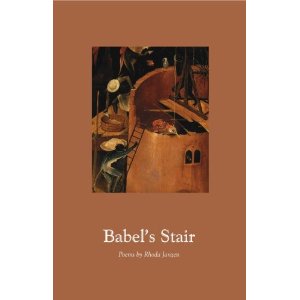 Q: What are you working on now?
A: A novel. And a grammar textbook.
Q: Anything else we should know?
A: Yes. People seriously underestimate the pleasures of taking their seventy-five-year-old mother on a Caribbean cruise.  Let’s say that you are aboard ship, sitting down to dinner with twelve strangers. Who knew that a mother breaks ice like the Titanic? Within fourteen seconds she’ll have the whole table talking about nudity in airports.
--Interview with Deborah Kalb
Posted by Deborah Kalb at 2:40 PM