Manil Suri is the author of the novels The Death of Vishnu, The Age of Shiva, and his newest, The City of Devi. He also is a professor of mathematics at the University of Maryland Baltimore County (UMBC).

Q: Your forthcoming novel, The City of Devi, takes place in a futuristic Mumbai. What can you tell us about the book and about the main characters, Sarita, Karun, and Jaz?

A: Cyber-attacks have ravaged the West, Pakistan and India are on the verge of a nuclear war, it very well could be the end of the world. And yet, Sarita can only think of finding her husband Karun who has been missing for some weeks. Her journey through the desolate streets of Mumbai is filled with surreal encounters: the upper echelons of society are still snooty as ever and leave no opportunity to snub her, while the guard at an aquarium where she takes shelter seems to have consumed all the fish from the tanks. 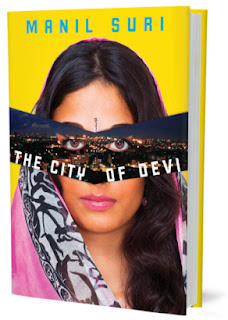 The book is the closest to a thriller I’m probably ever going to write – I had great fun with the action, which I tried to make as over the top as possible (even managing to deploy an elephant!). Best of all, there’s the mystery character Jaz, whom I can’t talk about, since I don’t want to give anything away.

Q: How do you balance your two careers as novelist and mathematics professor, and what are the similarities and differences between the two disciplines?

A: How do I balance my two careers? In one word, “Poorly.” As far as the similarities and differences between the two disciplines go, I’ve been asked this question so many times that I’ve even made a video on it, called “The Mathematics of Fiction.” Enjoy!

Incidentally, last year I teamed up with an English teacher to further explore the intersection of the two disciplines – we wrote a somewhat cheeky article about the course we taught jointly. 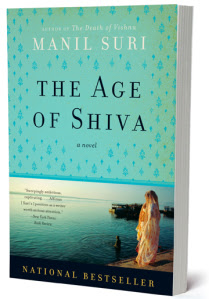 Q: What first convinced you that you should write a novel, and what was the reaction among your math colleagues?

A: I sort of blundered into writing a novel – began a short story that I couldn’t end. Five years later, I had my first book. My math colleagues have been fine with it – surprisingly, it hardly comes up in day-to-day interactions (would be very distracting if it did).

A: Definitely Jaz. I love him because he’s so completely irreverent, so full of humor and snarkiness. And he knows how to have fun – lots of it – he’s completely uninhibited when it comes to sexual adventure. 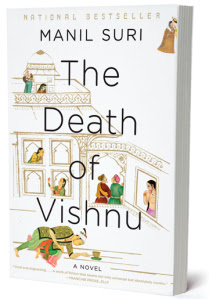 A: A math novel, believe it or not – one which will have video embedded in it to make the proceedings more fun and accessible.

A: Yes: If you read The City of Devi, remember that no matter how dire the setting might seem to be, the novel is about adventure, it’s supposed to be fun.