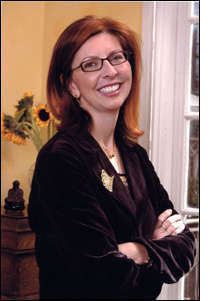 Novelist Mary Kay Zuravleff is the author of The Bowl is Already Broken and The Frequency of Souls, as well as  Man Alive!, which will be published in 2013.
Q: What can you tell us about your forthcoming novel, Man Alive!?

A: Man Alive! is about a pediatric psychopharmacologist who is struck by lightning, and all he wants to do is barbecue. But it's really about the give and take within a family. How much are we each allowed to change if we want to stay in our family--and what if we don't?

Q: You worked at the Smithsonian, and used your own knowledge of the Freer and Sackler Galleries in your previous novel, The Bowl is Already Broken. What makes the Smithsonian such a good location in which to set a novel, and what or who inspired the character Promise Whittaker?

A: The Smithsonian is the home of the real thing (the Hope diamond, Dorothy's ruby slippers, Lincoln's stovepipe hat), but it is also at the mercy of the government. That combination of the precious unique object and the bureaucrats makes its own gravy, am I right? 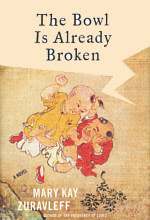 The main character of the second book is a petite, Oklahoma-born, curator of Islamic art who is unexpectedly saddled with saving the museum. I liked wrestling with how a tiny, down-to-earth scholar might respond to a task of such magnitude.

Q: Your first novel, The Frequency of Souls, features a character who is trying to find electrical evidence of life after death; the book is partly set in an office where people design refrigerators. How did you come up with those topics for the book, and did it require some research?

A: That novel started with the question (can you tell I always start with a question): Why do you believe what you believe? And my personal inspiration was being raised among electrical engineers, who allow certain things into their cosmology but not others. What's funny about the research I end up doing is how much fact dovetails with what I've already invented!

Q: You have taught a "Novel in One Semester Seminar" at George Mason University. What exactly does that involve, and what type of novel does it result in?

A: We (everyone in the class and I) each wrote a 40,000-word novel in 10 weeks. We also read 5 short novels and 2 books on craft! Teaching the class was like running a marathon every week. Each session started with students handing me their flash drives, and I logged their weekly word count (there were stickers and temporary tattoos along the way--whatever trinkets my two children were into at the time). I had 14 graduate students in September and 14 novelists by Christmas! My own novel has yet to be revisited; however, several of the students crafted theirs into something beautiful. 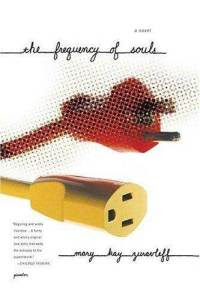 A: I've started thinking about the next novel!

A: As a literary activist in D.C., there are two things I'm especially proud of. I serve on the board of the PEN/Faulkner Foundation, where Margaret Talbot and I curate the PEN/Faulkner Reading Series. And I'm co-founder of the D.C. Women Writers, which gathers 100+ writers from the area together for mutual support.