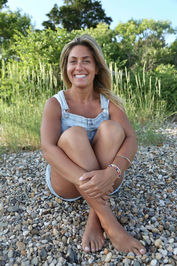 Julia Spiro is the author of the new novel Someone Else's Secret. She worked in the film industry in Los Angeles, and now lives on Martha's Vineyard.

Q: How did you come up with the idea for Someone Else's Secret, and for your characters Lindsey and Georgie?

A: I wanted to show the permanent impact that trauma has on us and the way keeping that trauma secret can shape and mold our lives. By having two characters experience the book’s central trauma, in different ways, I was able to show two different responses to it.

I knew from the start what I wanted the central crime to be, and the basic identity of the two main characters, but they really came to life as I started writing.

Q: What impact did the MeToo movement have on the creation of the novel?

A: Though the MeToo movement actually began years earlier, when I was still an executive in Hollywood in 2017 it was just starting to pick up steam around me. I was so moved by all of these survivors who decided to finally come forward after years of remaining silent. But I was disheartened by the critics of the survivors who refused to understand why anyone would keep a secret like that to themselves for so long. 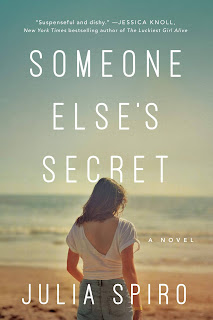 In many of my conversations with friends during that time, I began to realize that keeping past traumas to ourselves is more common than not, and I wanted to explore that. I wanted to create a character who decides to remain silent for a long time, so that readers could have more insight into why it often feels impossible for survivors to ever come forward.

A: I knew that I wanted the book to have a sense of triumph and joy in the end. I needed the end to illustrate human resiliency in an uplifting way. And personally, I’m not the biggest fan of books that end on a really depressing note. But I also didn’t want to wrap everything up in a neat and tidy bow, because that’s just not life.

I wanted the book to remain realistic while still offering a sense of justice. As I wrote, I grappled with this balance, and it did change quite a bit. But even though I tried different versions, I think I always knew how it would end.

Q: Much of the book takes place on Martha's Vineyard. How important is setting to you in your writing?

A: The setting of the book is incredibly important to me. In this case, I like to think of the island of Martha’s Vineyard as a character in and of itself.

Not only is it a stunning backdrop for any story, but there’s a fascinating richness to the island’s social and cultural structures that I wanted to play with. It’s a seasonal island, so there’s a really interesting dichotomy between “locals” and “summer people.” I think that lot of the socioeconomic undercurrents of the island can be looked at as a microcosm of our country.

A: I’ve been working on my second book for a few months now and I’m very excited about it. I can’t say much yet, but I will say that it’s also going to be set partially on Martha’s Vineyard. There might be some secondary characters who crossover from Someone Else’s Secret, but otherwise the story, main characters, and themes will be entirely different.