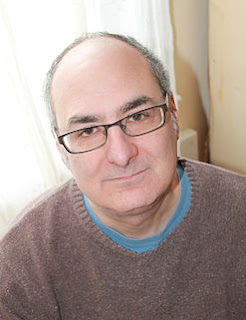 Dana Cann is the author of the new novel Ghosts of Bergen County. His work has appeared in a variety of publications, including The Sun and The Massachusetts Review. He has worked in commercial banking and corporate finance, and he teaches at The Writer's Center in Bethesda, Maryland. He lives in Bethesda.

Q: How did you come up with the idea for Ghosts of Bergen County and for your characters Gil Ferko, Jen, and Mary Beth?

A: I have vivid dreams, and the initial impetus for this novel came from a dream where a friend and I take heroin, shoplift in a mall, and are chased by store security. There’s a scene about a quarter of the way through the novel where all of these things happen to two of the characters.

Separately and consciously, I’d been thinking for some time about a hit-and-run accident, and this became the novel’s main plot thread. It took a few false starts to discover Gil Ferko, my protagonist, a private-equity misfit, but once I had him the other characters fell into place.

Q: You switch perspectives from one character to another. Did you prefer one character’s viewpoint to the others as you were writing?

A: Decisions regarding point of view are crucial and complicated. I settled on three point-of-view characters—Gil, Mary Beth, and Jen, the novel’s main characters. 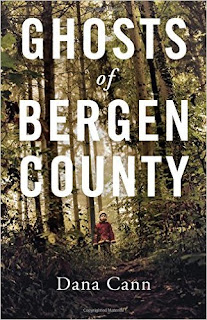 I like all three, with maybe a slight preference for Jen. The characters contrast nicely against each other. Jen’s a bit manic. Mary Beth’s a depressive. Gil’s somewhere in the middle.

A: I didn’t know how it would end. Some writers write with an outline and work toward a specific ending, while others, like me, write by the seat of their pants.

I write to discover the story. That’s the most interesting thing about writing for me. I like to be surprised by fiction, both as a writer and as a reader. That’s where the magic happens.

It took a long time to figure out the ending of this book. My first completed draft did not have the ending that the final book has.

Q: Do you see the novel as sharing any traits with traditional ghost stories?

A: Definitely, though I wasn’t conscious of these traits as I was writing the novel. I wasn’t like, I’m writing a ghost story, let me go read a bunch of ghost stories and see how it’s done.

After the fact, though, as I thought about this question analytically, I did see similarities. Ghosts in literature are often treated as hybrids—part character, part setting, part plot device. They’re not real characters because literature is about living people, trying to carry on.

In a ghost story, the living typically try to carry on with the help of (or in spite of) ghosts. These ghosts are sometimes the product of past wrongs, which often have some bearing on the story and the characters that populate it. All this is true with Ghosts of Bergen County.

A: A new novel that takes place 50 years in the future, in which a Christian, reality-TV star loses his faith amid the collapse of America.

A: I aim to write books with well-developed characters, striking language, and compelling plots. I want all three elements present, without any one taking a backseat to another.