Laura J. Snyder is the author of the new book Eye of the Beholder: Johannes Vermeer, Antoni van Leeuwenhoek, and the Reinvention of Seeing. She also has written The Philosophical Breakfast Club and Reforming Philosophy. She writes for The Wall Street Journal and is a professor at St. John's University. She lives in New York City.

Q:  You write, “The fascination with lenses pervaded both the artistic and the scientific communities, so much so that these communities can be seen as one…” How did Vermeer and van Leeuwenhoek’s work complement each other, and why did you decide to pair them in this book?

A: I find it very troubling that there is an attitude today that science is somehow separate, walled off, even, from the rest of culture. People believe that science is only for the specially trained few, and that it’s not possible to be good at both science and the arts.

In my last book, The Philosophical Breakfast Club, I traced the start of this attitude to the 19th century, when the word “scientist” was invented and the professional scientist was created. For my next book, I wanted to go back to a time and place where art and science were not seen as separate.  Seventeenth-century Delft fit the bill.

The natural philosophers (not yet called “scientists”) were being exhorted by Francis Bacon and other writers to “see for yourself,” to go out and examine nature, make observations and perform experiments, not just read the works of ancient authorities such as Aristotle. They were dissecting animals and humans, observing the heavens with telescopes and looking at tiny creatures with microscopes.

At the same time, artists were being told by art theorists such as Samuel van Hoogstraten to “investigate nature,” to think of painting as being “the sister of philosophy,” that is, science. So you have artists using magnifying glasses to peer closely at insects and flowers to create gorgeous and detailed Dutch flower paintings and the studies we call “miniatures.”

Some were using mirrors, concave lenses, and even camera obscuras to experiment with light and learn how to realistically represent color and shadow and perspective. Gerrit Dou, for instance, would look at a scene through a lens set in a frame: it is said that he could see so much detail through the lens that he would have to wait for the dust to settle before he could begin to paint.

Artists and scientists at this time really were engaged in much the same task: to investigate nature, often using optical devices. I chose to concentrate on Leeuwenhoek and Vermeer because of their close proximity, being contemporaries born the same week and living so closely together, and because they are each arguably the most important man working in, respectively, science and art during this period. 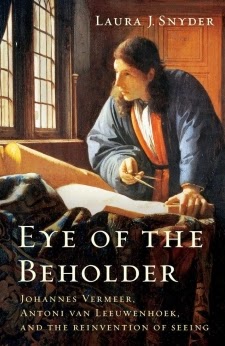 Q: Why did Delft become such a center of science and art in the 1600s?

A: That's a great question. A number of important painters converged on Delft in the 1650s: Carel Fabritius, who was Rembrandt’s best pupil, lived in Delft from 1650 until his tragic death in the munitions depot explosion in 1654, Jan Steen was on the scene from 1654-56, Pieter de Hooch had moved to Delft and married a local woman (who may have been related to Leeuwenhoek), and painters of architectural scenes like Hendrik van Vliet, Gerard Houckgeest, and Emanuel de Witte were there as well.

So when Vermeer came back to Delft after his apprenticeship there was an established community of some of the best artists in the Dutch Republic. As one of the important manufacturing towns—producing both beer and the blue and white pottery still known as Delftware—Delft had many merchants with disposal income for purchasing art for their homes.

On the science side, lens making grew in Delft because some of the best glass in Europe was being made in the Delft glass works. Delft also housed one of the earliest Anatomical Theaters in Europe, where corpses were dissected in front of audiences of natural philosophers and the public.

Many of the same merchants who were collected art also built up “cabinets of Curiosity” where they would have interesting fossils, ostrich eggs, preserved fetuses in jars, Roman coins, even body parts. There was a culture of collecting and studying what was collected that was conducive to both the production of art and the production of scientific knowledge in Delft at this time. 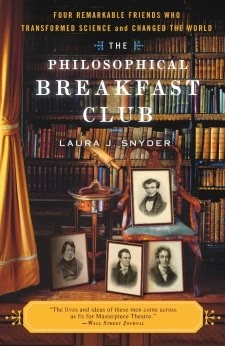 Q: You write, “It is tempting to speculate that Vermeer and Leeuwenhoek must have known each other,” and you note that Leeuwenhoek might have been the model for Vermeer’s painting The Geographer. Do you think this is likely, and why?

A: There are only two paintings we know of by Vermeer that feature a single man: The Geographer and The Astronomer, which were most likely painted as pendants, or companion pieces.

Both pictures feature men who are engaged in scientific tasks—and both of the sciences depicted rely on optical devices. Astronomers were using telescopes by this time, and geographers—or surveyors, as they were called—were using a device similar to a camera obscura for drawing maps of an area being surveyed.

The Geographer is one of the few pictures dated by Vermeer himself, and it is dated the very year that Leeuwenhoek passed his Surveying examination for the city of Delft. Some people believe that Leeuwenhoek may have commissioned these two paintings to commemorate the event. There is no evidence of that.

However, I do think it is likely that Vermeer had Leeuwenhoek in mind as the kind of natural philosopher he wished to depict in these to pictures. And the model depicted could be a very idealized version of Leeuwenhoek as a younger man.

We have some images of Leeuwenhoek later, and he looks fleshier around the eyes, and of course older and less attractive than the man in the Vermeer pictures, but it could be a highly romanticized image of Leeuwenhoek. We will never know for certain.

A: Besides reading many, many books and articles about the period, I traveled to Delft, and spent time in the Market Square, which made me realize how unlikely it was that the two men lived their whole adult lives around such a small area without knowing each other to some degree.

Even in my neighborhood of New York City, I see the same people every day, and if I don’t know them well I still say hello when I pass them on the street, and I have some idea who they are—this is another mom in my building, and she’s taking her son to that school, this is the man with the long-haired dog who leaves him tied up and barking outside my window sometimes, that’s the man who delivers clothes for that drycleaner on the corner.

Walking in Delft, imagining the lives of Vermeer and Leeuwenhoek, was very inspiring for the book, and the most fun part of the research.

I also spent time at the library of the Royal Society of London, where I perused the original letters sent by Leeuwenhoek, as well as saw the specimens he had sent them over the years. It was truly thrilling to open up little envelopes and see the very slices of the optic nerve of a cow Leeuwenhoek himself had made! 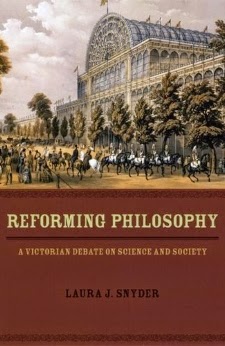 More prosaically, I spent most of July and August in 2012 sequestered in the Science and Business Library of the New York Public Library, reading the hundreds and hundreds of letters written by Leeuwenhoek that have been published in the 15 huge volumes of the Alle de Breiven/Collected Letters of Antoni van Leeuewenhoek.

It’s a wonderful resource and I realized that no one had consulted those volumes for decades, even longer. The books did not even have the electronic theft prevention labels and it took the librarians a couple of weeks even to find them in the offsite location! Over those weeks of reading, Leeuwenhoek’s voice really came through and I had the sense I could hear him in my mind.

It would have been so lovely to have a resource like that for Vermeer, but as far as we know Vermeer never wrote a letter, there are no documents relating to him except mentions in the Delft archives, at his birth and his marriage and after his death.

Vermeer’s documents are his pictures, so I spent as much time as I could looking at them. I studied European art and Northern Baroque art at the Metropolitan Museum of Art; they have a wonderful education department.

And I had the immense pleasure of getting to know Walter Liedtke, the curator of the MMA and one of the worldwide experts on Vermeer, who died tragically in February. Having had the opportunity to meet with Walter several times to discuss Vermeer and Delft in the 17th century was truly one of the highlights of writing the book.

What surprised me most about writing the book was how many webs connected Vermeer and Leeuwenhoek: Vermeer’s father was a cloth salesman, as was Leeuwenhoek. Leeuwenhoek’s stepfather and two stepbrothers were members of the artists’ guild with Vermeer.

Both Leeuwenhoek and Vermeer had positions in the city government. They were both working with optical devices. And Leeuwenhoek was the executor of Vermeer’s estate!

Of course, I had hoped to find some “smoking gun,” irrefutable evidence that they knew each other, a letter from someone saying “I had dinner with Vermeer and Leeuwenhoek last night” or something like that.

But the more I studied the more I realized that such evidence was not even necessary. The fact that there were so many different avenues for the two of them to have met shows how closely tied the artistic and scientific communities were at that time and place.

A: I have in mind a book project that takes place in another time and place, but that similarly shows how science and other parts of culture are intertwined. I can’t say more about it just yet!

A: Vermeer and Leeuwenhoek—and the artists and scientists working around them—really did change the way we see the world. For the first time people realized that there was more than meets the eye.

In science, of course, we learned that there was a world of microscopic creatures never before imagined, and a universe of stars we cannot see with the naked eye. But artists also saw the world differently, they saw that colors change in different light, that shadows are not black but green, blue and yellow, that a hand can look like a lump of flesh.

And people realized that the mind plays a role in our seeing. Sometimes we see what we want or expect to see. The scientists had to fight against that impulse, even Leeuwenhoek, who had hoped to see a “little man” curled up in the human sperm.

But artists found they could use that impulse, as when Vermeer painted his Woman in Blue, using a minimum of the expensive aquamarine paint, mostly using black, because he knew the viewer would “see” the jacket as blue.

Today’s development on techniques to see even deeper inside bodies and even farther away—X-rays, PET scans, the Hubble Telescope—grew out of the work done by scientists and artists in Delft in the 1600s. Telling their story gives us insight into how we understand “seeing” today.