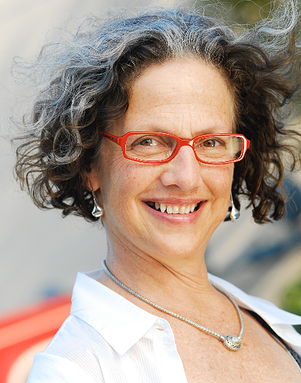 Barbara Stark-Nemon is the author of the new book Even In Darkness. She lives in Ann Arbor and Northport, Michigan.

Q: Even In Darkness is based on a true story. How did you learn about it, and why did you decide to write it as fiction?

A: I learned about this story because the main character is based on my great-aunt, whom I met for the first time when I was five years old and she visited from Germany. I was fascinated by her early on and grew to deeply love and respect her.  I met her many times over the years, mostly at her home on visits to Europe.

The decision to write Even in Darkness as a novel rather than as a memoir was a complicated one. On the one hand, one of my life’s dreams had always been to write a novel.

On the other hand, the story is based on the life of a family member, whom I deeply loved and admired. Who was I to meddle with her story? Weren’t the facts I’d collected about her complex and unusual life in my years of research and interviews enough?

The dawning of what has now become a lively age of memoir was fraught with arguments about truth: who decides what constitutes the truth of a situation? What are the limits of memory?

What happens when, as in my case, I knew some, but not everything that happened to my great-aunt in the concentration camp? Or what choices she had to make to not only survive, but to live a life that meant anything to her after the suffering and loss she experienced.

There was another issue. On the other side of my family, my father’s grandmother and great-uncle died in the same concentration camp to which Kläre was sent.

Though I never knew that great-grandmother, Karolina, and her brother Max, I knew their stories and the great impact they had on my father, and I wished to memorialize them in my book.

To tell Kläre’s story, to honor the complexity of the choices that she and the priest who became so important in her life had to make, to pay homage to my grandparents who lost everything and re-found everything differently, to memorialize other family members, and most importantly, to celebrate their legacy as I experienced it; these are what I needed to weave into a single book.

Mostly, I wanted my own voice out of it. No “One can only imagine that….”  I wanted my reader to relate directly to the characters and the story.

I believed that the effect that the real people who became my characters had on me, and the deep attachment and respect I felt toward them would govern and inspire the fictional aspects I would create in a novel. It was a form of artistic narration that felt comfortable to me. 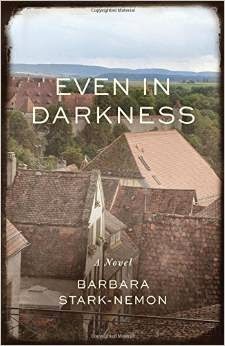 Q: How did you research the events that you describe in the novel?

A: Because I wanted to bring Kläre’s life to the page as accurately as I could, and even though I wanted to write a novel rather than a memoir, and because I was eager to explore my own personal response to my family’s Holocaust story, I engaged in a 15-year research effort that included:

Voice, video and written interviews of all the living people upon whom the characters in Even in Darkness are based, in the U.S., Germany, Belgium, England and Israel.

Translation of more than 100 letters, particularly Kläre’s son’s letters to her after WWII when he was a pioneer on a kibbutz in Palestine and he learned that his parents had survived the concentration camp.

Research at Leo Baeck Institute in New York, Yad Vashem in Jerusalem, the United States Holocaust Memorial Museum in Washington, D.C., and the Holocaust Memorial Center in Detroit, Michigan, The Central Archive for Research on the History of Jews in Germany, Archives of the City of Dortmund, Germany, The University of Michigan Libraries, Kibbutz Yechiam, and at Ghetto Fighters’ House in Israel.

Travel to Germany, the Czech Republic, Belgium, and Israel to visit the sites, homes, businesses, and the concentration camp where the events in this book took place.

Q: How does Even In Darkness provide a new look at the fate of German Jews before, during, and after the Holocaust?

A: Since writing Even in Darkness, I’ve learned to be very cautious about comparing this narrative about German Jews with other people’s experience of escape, survival or loss surrounding the Holocaust.

What I hope I’ve offered is a careful look at some of the intimate realities that Jews and non-Jews faced in Germany through two wars and the chaos that everyone there experienced.

People had to make complicated, sometimes terrible choices. Those choices weren’t always what their family, generational, cultural or religious backgrounds might have predicted.

As I teased out this story, it became much more difficult for me to judge what others had to do to survive or to cope. What I also wanted to show is that people living in nightmarish times still have lives with joys and sorrows that all of us have in common.

Q: One of the main relationships in the book is between a Jewish woman and a young Catholic priest. How did that connection develop?

A: The priest Ansel came into Kläre’s life because his widowed father married Kläre’s childhood friend. Ansel was sent to an orphanage to be raised by his aunt, a nun, but on visits home, he would see Kläre and stayed connected through his university and military years. His stepmother urged him to help Kläre when she was liberated from the concentration camp, cementing their relationship.

A: I’ve become intrigued with shorter fiction. I’ve done some flash fiction pieces and I’m working on some short stories, and I’m well into a second novel: a very different book! It’s contemporary fiction with a bit of mystery and has allowed me to extensively research hard apple cider production!

A: All my life, I’d heard my grandparents describe Kläre as “lucky.” Really? From young adulthood on, her life was circumscribed by war, time in a concentration camp, and the loss of all those near and dear to her.

Until I wrote this book, I didn’t understand that her “luck” was her unerring capacity to reinvent her life in a way that honored the past, forgot nothing, but forgave much for the sake of creating meaning out of horror.

To her, that meaning was largely about relationships, honorable work and creating a lively loving environment for the people she loved to flourish in. Her gift was her capacity to do that through all the devastation that surrounded her.