Anna Solomon is the author of the new novel Leaving Lucy Pear. She also has written the novel The Little Bride and coedited the anthology Labor Day. She has worked for National Public Radio, and her work has appeared in a variety of publications, including The New York Times Magazine and One Story. She grew up in Gloucester, Massachusetts, and lives in Brooklyn.

Q: How did you come up with the idea for Leaving Lucy Pear?

A: It was a combination of two things coming together. When I was growing up, we had pear trees below the house, and when they were ripe, they would all disappear in the night. We never knew how. My father liked to say it was giraffes, special birds, or somebody who really needs the pears. That really stuck with me. He liked that idea. It belonged with the idea of the Book of Ruth—the gleaning.

And then I came across a book called The Saga of Cape Ann, which is where I’m from [in Massachusetts]. There was an anecdote about a woman, a wealthy Bostonian who summered in Gloucester and was suffering from a nervous disorder. [The sound of a nearby] whistle buoy was agitating her, and she had contacts with the Navy and was able to have it taken out. There was an afterword saying she got married, felt better, and the whistle buoy could be put back. 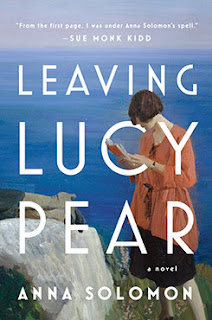 As a novelist, I was thinking, What would happen if when the buoy was taken out, there was a consequence? I can’t tell how it came together with the pear trees, but they coalesced. That was in the late 19th century—I transposed it [to the 1920s].

Q: So what kind of research did you do to recreate Cape Ann in the 1920s?

A: I did a lot of research, a lot with the Gloucester Daily Times archives. It’s exhausting to look at, but fun! And history books.

[But] I find that the most illuminating research I tend to do is talking with real people. I spoke with a bootlegger’s grandson and with a woman who was a writer/reporter and wrote about quarries. She told me incredible stories, sensory details you don’t get from the history books. A fishing historian was very helpful to me with a plot problem—I needed a guy to be out on a longer fishing trip than boats would have been out, and he helped me find a loophole in the facts!

Q: In the book, you switch from one character’s perspective to another. Did you plan all along to do that, or did it develop as you went along? 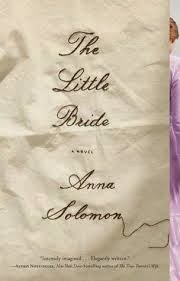 A: I wanted to from the beginning.  At first, it was a challenge on an artistic level. My first book was from a close third person point of view, and it was claustrophobic, intentionally.

I really wanted to give the reader the feeling of when you see the character from afar and then get their perspective. There was a long time when it wasn’t clear that it would stay that way. A lot of cuts were made to keep it more focused.

What I found was that I think the book is about how Lucy Pear influences and affects all the characters in her community. She played a role in different lives to different degrees, but it’s not just her story. The story becomes more and more hers on a point of view level as it goes.

A: I credit Christopher Castellani for coming up with the title. Chris is a fantastic writer (I highly recommend his last book, All This Talk of Love), and also a very generous soul, and after reading and blurbing the book he was somehow willing to brainstorm titles with me.

Between my editor, agent, the marketing team, the sales team and I, we were pretty mixed up about titles at that point, but then Leaving Lucy Pear came into the conversation and people were like, Ah... That's good. 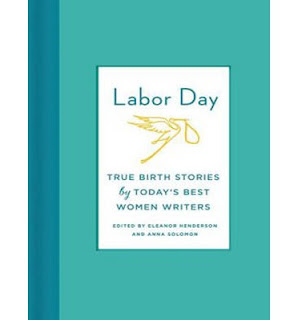 I like it. I think it captures something both literal and symbolic about the book. And the cover Viking wound up creating is such a beautiful accompaniment to it, I think.

A: I’m in the very beginning stages; I’m reluctant to talk about it. It involves the Book of Esther and a character who’s writing that book, and characters in the 1970s and in 2015. It jumps across time, but all the characters are relating to and repeating the original story from ancient Persia.

A: For me, it really was amazing writing about places I know so intimately in a different time. It’s a different kind of traveling. Parts of the book are a love letter to my home town. Place factors large in all my work, and it’s exciting to see [the book] go into the world and bring that place to my readers.

--Interview with Deborah Kalb. For a previous Q&A with Anna Solomon, please click here.
Posted by Deborah Kalb at 6:46 AM