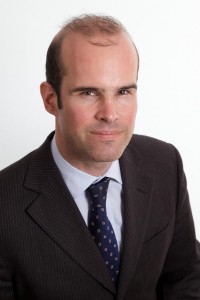 Gerard Russell is the author of Heirs to Forgotten Kingdoms: Journeys Into the Disappearing Religions of the Middle East. He is a senior associate at the Foreign Policy Centre in London, and a senior fellow with New America's International Security Program, and served as a diplomat in the British Foreign Office and the United Nations. He lives in London.

Q: Why did you decide to write about minority religions in the Middle East, and how did you research the book?

A: Because they're so fascinating. I defy anyone not to be intrigued by the lettuce taboo of the Yazidis, or bowled over by the fact that the Mandaeans keep traditions that date back to ancient Babylon. And who knew that C.S. Lewis's Narnia books were influenced by the Zoroastrian beliefs of the ancient Persians?

As for the research, I spent many years on it, but it was a delight.

Q: In the book, you mention the Yazidis’ persecution by ISIS. What does the rise of ISIS mean for the religious communities you write about, and what do you see looking ahead for them?

A: It's a bleak prospect wherever ISIS can reach - and beyond, because instability has always endangered minorities and there is so much of it in the Middle East right now. 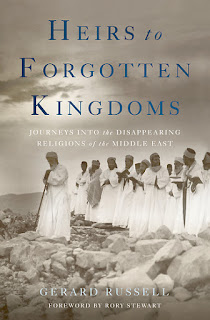 All of these diverse groups have undergone persecution before but ISIS's combination of primeval intolerance and advanced technology is a particularly potent threat. Plus the fact is that emigration to the West was always a tempting option and now is so much more so.

Still, as I read back into the history of these groups, many have predicted their demise before and been wrong. So I haven't lost hope.

Q: You write, “It was perhaps too easy to imagine that the Samaritan experience…might provide a basis for coexistence between all the different communities in this troubled place.” What about their experience could prove hopeful?

A: Non-Muslims in the Middle East have a long experience of trying to win themselves powerful protectors. In a situation where power is contested, this is a dangerous game because having one faction's favour may make the rival faction your enemies.

The Samaritans are faced with this dilemma because their homes and livelihoods depend on both the Palestinians and the Israelis. They have, so far, managed to be friends with both. If they can do it, then perhaps other groups can too - such as the Christians in Iraq who must make friends of both Kurds and Arabs, Shia and Sunni.

A: An affection for religion, and a sense of the beauty that it can bring to life- but the right kind of religion. That civilisations flourish when they are open to ideas - and people - from all different cultures and religions. That narrow-mindedness and a relentless search for orthodoxy go hand in hand with cultural and economic decline.

A: I want to write about religion and why it can be such a powerful political force. If two people disagree about something, even something very important, it isn't usually grounds for fighting each other. Why is religion different?

A: The book came out in paperback in the USA just last December, with a new introduction.