Julie Salamon's books include Hospital, Rambam's Ladder, The Christmas Tree, and, most recently, Wendy and the Lost Boys, a biography of playwright Wendy Wasserstein. A former writer for The New York Times and The Wall Street Journal, Salamon lives in Manhattan.

Q: Why did you decide to write a biography of Wendy Wasserstein?

A: Initially, Ann Godoff—my longtime editor at The Penguin Press—suggested the project to me. At first I wasn’t sure for several reasons: I wasn’t from the theater world, would anyone outside that world be interested, was her work substantial enough to warrant a biography, was her life interesting enough? After doing some initial research I discovered a potential story of terrific complexity and was eager to take on the challenge.

Q: Why did you choose "Wendy and the Lost Boys" as your title?

A: For many reasons. During my research, the subject of Peter Pan kept coming up. Wasserstein was named after the Wendy of J.M. Barrie’s story, which became an American phenomenon after Mary Martin played Peter Pan on Broadway in 1954—and then in the 1960 television production.

Many of Wasserstein’s theater friends—including Andre Bishop, theatrical director of Lincoln Center, and William Ivey Long, the costume designer—were deeply influenced by the stage production. Wasserstein performed in many productions of the show in her youth. So there’s that straightforward connection.

The title also draws on Wasserstein’s innermost circle of (mainly) men of the theater—her “Lost Boys.” Most of them became quite successful, so hard to think of them as lost, but when all of them were newcomers in the New York theater world, they often felt very lost and relied on their friendships to keep themselves going.

Wasserstein was at the center of this extraordinary group, who included some of the leading lights of the New York theater world. Besides Bishop and Ivey Long, they include James Lapine, frequent collaborator of Stephen Sondheim; celebrated playwrights Christopher Durang and Terrence Malick; theater critic and columnist Frank Rich. Other “Lost Boys” included Wasserstein’s brothers—Bruce, who became a billionaire investment banker and Abner, the damaged brother who became a family secret.

Finally, the biography became a reflection on the Baby Boom generation, Wasserstein’s primary subject. The large cohort born after World War II became known as the generation that didn’t want to grow up, and has been described as the Peter Pan generation.

Q: You write of Wasserstein, "Yet after she was gone, what stunned those closest to her was how much they didn't know" about her life. What particularly surprised you as you conducted your research for the book?

A: Almost every day brought a new surprise! Wasserstein had a remarkable ability to seem very open. Through her writing she informed her audiences about the most personal details of her life, mundane and important: everything from where she had her nails done to an intensely intimate portrait of giving birth. Yet her openness turned out to be a kind of smokescreen, as though she was trying to hide in plain sight.

As a biographer, her relationships provided a fascinating window into the complexity of friendship and revelation. And the story that kept providing new twists and turns was the tale of the Wasserstein family. As one of Wendy’s close friends once said: “You were born into great material.”

Q: Do you have a favorite Wasserstein play, and if so, which one? 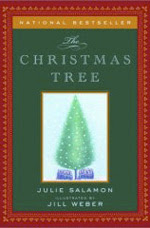 A: Before I wrote them the book I would have said The Sisters Rosensweig, which is a fine play, warm and funny, very smart. But I have developed a special fondness for Wasserstein’s breakthrough play, Uncommon Women, based on her experience at Mt. Holyoke. For me, the play has become so intertwined with a turning point in Wasserstein’s life, I always find new references

A: I have just finished a novel for young readers about a cat who lives in Greenwich Village, being illustrated by Jill Weber, a wonderful artist with whom I’ve collaborated before (The Christmas Tree). It’s been a dream experience! Jill is finishing the paintings now. The book will be published in 2014 by Penguin’s Dial Press for Young Readers.

A: Just thank you for your interest! The warm reception for Wendy and the Lost Boys has been very gratifying.