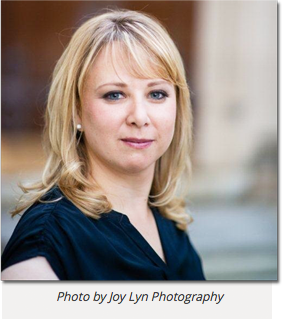 Cate Lineberry is the author of the new book The Secret Rescue: An Untold Story of American Nurses and Medics Behind Nazi Lines. It tells the story of how a group of nurses and medics survived a crash-landing in Albania during World War II, and managed to escape. She has worked for National Geographic Magazine and Smithsonian Magazine, and lives in the Washington, D.C., area.

Q: How long did it take to do the research for the book, and what particularly surprised you as you learned more about the rescue?

A: I spent about six months researching the story before I started writing, and I continued to uncover material as I wrote the book. In all, I spent about a year and a half digging for material. I searched archives in Britain, Germany, and the U.S., interviewed family members of the Americans as well as experts related to the story, and traveled to Albania to retrace some of the route the Americans took in their efforts to escape.

One of my best sources, of course, was Harold Hayes, the one remaining survivor of the group of thirty Americans. I interviewed him twice at his home in Oregon, and we communicated almost daily via email and phone. I also consulted two memoirs written by members of the group.

Q: What has been the reaction to the book from Harold Hayes and from the families of the others who experienced the events you write about?

A: The reaction from Harold and the families has been very positive. Harold is very proud of the book and is delighted to have his story told to a wider audience. He told me he learned quite a bit about the group, Albania, and medical air evacuation from my research.

For instance, there were a handful of people in the group that he was never able to find after the war, and he never knew what had happened to them. It was really rewarding to be able to give him that information.

In terms of the families, it was also an honor to share what I was able to discover with them. While some of the families knew a bit about what happened seventy years ago, others had never had the chance to talk with their parents or grandparents about it before they passed away. 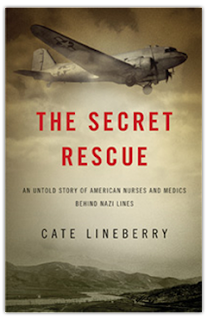 To celebrate the book’s publication and to recognize the seventieth anniversary of the event, we’re having a get together of the family members of the Americans and those who helped them in November in Washington, D.C. It’s something I’m really looking forward to.

Q: In general, how would you describe the treatment of Army nurses during World War II?

A: I have such admiration for the tens of thousands of women who served as Army nurses during the war, particularly for those who went overseas. It wasn’t easy for them. Army nurses had been awarded relative rank in 1920, which allowed them to wear insignia—but they received half the pay of their male colleagues.

It wasn’t until 1944 that military nurses were granted full but temporary rank and 1947 when they received permanent rank. They weren’t always given the respect and authority they deserved, but they persevered and were able to help countless wounded and sick patients.

The flight nurses, like those in the 807th Medical Air Evacuation Transport Squadron (MAETS) who crash-landed in Albania, strike me as particularly brave women. Few Americans at the time had ever flown before, and many people still considered flying very risky. These women were willing because they knew their care would help save lives.

World War II was the first time the American military utilized medical air evacuation and flight nurses. In all, the MAETS transported more than one million men during the war—with only forty-six dying in flight.

Q: What role does Albanian history play in the events that unfold in your story?

A: Albanian history plays a crucial role in the story. Although the Americans didn’t immediately realize it, they had crash-landed in a country caught up not just in a world war but also in a civil war. Two resistance groups, Albanian partisans and members of the Balli Kombetar, were fighting, in large part, to see who would control the country after the war ended.

So the Americans were not only at risk from being caught by the Germans who had occupied the country after Italy surrendered to the Allies in September 1943, they were also at risk from the fighting between the two resistance groups.

The poverty that had plagued the country for some time also made it that much harder for the Americans to survive. Fortunately, many Albanian villagers shared with them the little food they had and allowed them to stay with them at night. Had the Germans caught the Albanians, they would almost certainly have killed them.

A: I’m excited to get started on another narrative history book and am in the process of exploring several ideas. I’m also speaking to a variety of groups about The Secret Rescue. For instance, I recently spoke at the National World War II Museum in New Orleans, and I’m speaking tomorrow (8/13/13) at noon at the International Spy Museum in Washington, D.C.

A: I hope people will remember the forgotten heroes of World War II and other conflicts. Those in the 807th who faced such hardships for months on end and the many people who helped them were ordinary men and women trying to do their best. They never gave up.