B.G. Firmani is the author of the new novel Time's a Thief, which focuses on a young woman in 1980s New York City. Firmani's work has appeared in a variety of publications, including BOMB Magazine and Kenyon Review. She lives in New York.

Q: How did you come up with the idea for Time’s a Thief and for your main character, Chess?

A: First, thank you for this interview—it’s beautiful to have thoughtful readers. There were a lot of different things that smashed up together that led to this book.

One really was the experience of crossing 34th Street right after the NYPD had graduated its cadet class of 2008 and having the streets around me suddenly flooded by a sea of blue—the visual moment of that was so striking.

(I’m trying to remember which of the Kieślowski “Three Colors” trilogy, maybe “Blue,” that has this crazy thing where a group of little girls with pink water-wings suddenly runs into the frame and jumps into the pool—a sort of throwaway incursion that’s just fantastic to the eye.)

It stayed with me, the idea of a character being in an accidentally charged moment and then coming into contact with a piece of “public” information that provides a very private shock to her—in this case, the obituary of Clarice Marr, a woman who has caused the narrator so much pain, right there on the front page of The New York Times.

Another current was that I’d had a notion to write a sort of retelling of Brideshead Revisited in a late 20th century American context—the class outsider captivated by a vivid, pedigreed, flawed family.

The rigor around a project like that is beyond me, and also a little dreary to contemplate, but it did help give a kind of general outline to the book: the character Chess will be drawn to this family; she’ll “engage” with them; and she’ll be in a way chewed up and spat out by them. But there will also remain the romance of it, the melancholy of a lost past. 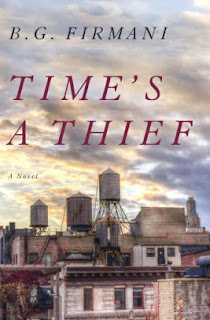 This was a very sophisticated structure that, when I tried something like it for my own book, of course fell to dust in my hands. But some of its armature remained—much improved by my wise editor, Gerry Howard—and it certainly helped give me an engine to keep the novel moving as I was writing it.

Here’s the thing with Chess. I needed her to not have all the answers, to perhaps think, entirely mistakenly, that she’s quite the smartie while she’s really a sort of babe in the woods.

If she’d had the savvy to get away from the Marr-Löwensteins and not leave herself open to their particular brand of emotional abuse, there would be no story.

So while I wrote it in the first person, and while we have plenty of shared characteristics, Chess isn’t me—she’s perhaps more guileless, more porous. She’s also struggling not to collapse under others’ notions of how she should be.

When the character Jerry praises her for being “so somber and quiet,” after the mean girl at the party purposely splashes gravy on Chess, somewhere in my mind (bear with me here) was the scene in Jane Eyre when poor old Bertha Mason, the proverbial madwoman in the attic, is revealed to Jane, and Mr. Rochester praises Jane for standing “so grave and quiet at the mouth of hell.”

I love Jane Eyre, but when I was young and reading that book, I was incensed. How can Jane remain silent? I wanted her to punch Rochester in the face for being a lying bastard (of course, in the end he gets his terrible punishment—and also loses the inconvenient first wife).

So, in my book, after Jerry praises Chess for her retreating Victorian ways, I have her explode at him. Which sounds like it would be great fun to write, but it was pretty herky-jerky going—not terribly fluid, since so much of it had to do with trying to keep the whine out of Chess’ voice.

I wanted her to be strong, to stand her ground; but also she’s in love with this man, so she’s fighting her own desire to capitulate and be the person he imagines her to be.

Q: What inspired the Marr-Löwenstein family, with whom Chess becomes involved, and how would you characterize Chess’s relationship with them?

Funny thing here: there have only been two times in my life that someone at work asked me to get them coffee, and both of those times that someone was a woman. Depressing, right? And completely understandable in some ways.

I recently read an excellent article in The Atlantic by Olga Khazan, “Why Do Women Bully Each Other at Work?” and one of the things she talks about is the idea of the queen bee protecting her territory—as well as the older woman coming down hard on the younger one, the idea being that if that older woman had to struggle to get where she is, shouldn’t the younger one know what that tastes like?

Of course I find this both cruel and specious, but I understand its genesis. There’s plenty of pain that a character like Clarice would be carrying; she’s someone who cut herself off from her past and struggled to reinvent herself, and she’s really thrilled to find a docile, dazzled Catholic girl like Chess whom she can both mold and undermine.

As for the Marr-Löwensteins, I do love the idea of a certain kind of big family that creates an alluring atmosphere around them, one that’s noisy and larger than life and has the ferment of creativity about it—so then why not, for the purposes of fiction, imagine them rich, imagine them beautiful, and have the dreaming class outsider press her nose up against their window?

Also, in New York City, there’s a real mash-up of very poor and very rich and everything in between that in some ways is hard to find anywhere else.

Even with Manhattan being increasingly homogenized by a boring and entitled money culture, sad to say—and I could go on until the cows come home about this clown of a president and his racist and divisive ways—there’s still plenty of opportunity for, as they say, a cat to look at a queen.

When I was in grad school years back, I was missing the city so much, and I’d come into Manhattan, get off the train, buy a bagel and walk for a hundred blocks, taking in the city.

I’d pass through working-poor neighborhoods, Mitchell-Lama housing, super-rich swatches of Park Avenue—and places that to an outsider might seem down-and-out because of the old housing stock, but that were actually hipster central—and it would feel amazing to me how it all coexisted, for better or worse.

So this is something, that unlikely proximity of haves and have-nots, and the texture that such a thing produces, that I wanted to explore in the book.

A: Time’s a Thief is taken from the lyrics of the song “Speak Low”: Love is pure gold/and time a thief.

I’ve written of this elsewhere, but I first heard the song in college, in the corny film version of “One Touch of Venus”—Ava Gardner, who is shockingly gorgeous but sort of a big ham sandwich as an actor, is singing it in a distant duet with Dick Haymes; she’s actually dubbed.

When I was in graduate school, I came upon the demo version of it on vinyl, in the listening room at the Brown library. I loved it so much it hurt. I’d put on the headphones, drop the needle on the record, and just fly away.

Kurt Weill wrote the music, and Ogden Nash wrote the lyrics, and the recording just starts right in with Weill singing, no fanfare at all. He’s very close to the microphone and it’s almost as if he’s singing to himself it feels so private.

I think of Weill’s gentle delivery in his soft German accent, and also I can’t help but think this: here’s a man who lost his country. Nash might have written the lyrics, but Weill really feels them; the song is so much about what can’t ever be regained.

My editor Gerry is always ribbing me about my alleged smart-aleck turn of mind, but when he finished my book he said to me (as if astonished), You know, you actually wrote a very romantic novel! I think the title captures that.

Q: The novel takes place in New York City. How important is setting to you in your writing, and could this story have taken place elsewhere?

A: Certainly such a story could take place anywhere, but it would be a much different book. Setting’s hugely important for me, but the thing I go back to time and again as a writer is class and ethnicity.

You could have Chess’ story play out on a different level in some smaller “second-tier” city; you could even have it on a micro-level in some tiny community.

A: Something in the third person! It’s rather a “bigger” novel than Time’s a Thief in that it moves among three characters. I have to say, telling a story from a revolving point of view and being able to fly into different characters’ heads—rather than maintain a consistent first-person voice—has really helped clear out some mental cobwebs for me.

The book traces these three characters’ lives from adolescence to adulthood, mapping the choices that took them away—or nearly away—from the notions they had of themselves when they were bright young things.

One of the touchstones for this novel is the essay “Formulary for a New Urbanism,” where the writer, Ivan Chtcheglov, a poet and theorist later plagued by mental illness, has an unrealizable ideal of a city in which “…there will be rooms more conducive to dreams than any drug, and houses where one cannot help but love.”

These words are beautiful to me. Of course it’s a utopian construct, and one that in many ways mirrors each character’s purity of heart before becoming “contaminated” by concessions they make in order to live in the world.

In writing this book, besides having the characters’ voices differentiate themselves one from another, one of my tasks is to register the toll that all this living has taken on them.

So, for instance, the language used by a dreamy idealist of sixteen walking around Passaic County with a head full of William Carlos Williams will seem wholly alien to the hard-edged 46-year-old shark he has become, whose time is spent greedily calculating the split on real estate commissions.

I’m also sort of amazed to realize how much fun it is to write from the point of view of a really damaged character. I understand the glee behind certain of Martin Amis’ awful male characters, I’m dismayed to report.

A: Just this, as inspiration for any writer out there who feels like giving up: keep going. It took me many, many years, many pages of drivel, two thrown-out novels, and two thrown-out books of short stories—at least—before I published my first novel.

I just kept writing. I had to. There was no choice. At some point I understood that this was my path, and it was foolish to compare myself with anyone else, since there’s only one of me.

As a writer, you really are “competing” with no one but yourself. So put your butt in your chair and do your work. Keep at it, sister. And don’t let the turkeys get you down.